Made in Space : space-based 3D Printing 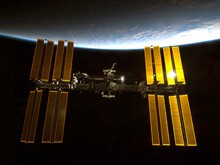 3D printing has triggered a lot of interest in the World. But this technology will not stop there. The next step is space domination.

A compagny named “Made in Space” want to launch 3D Printers in Space. Instead of crank out Space Station parts on Earth with all associated cost, we could produce them easily with 3D Printers onboard. It could be very helpful and save a lot of money for a future Moon or Mars base.

Parts made on Earth must withstand G-forces associated with the launch. If they are made in Space, special resistant materials are not needed. Their mass can be reduced by 30 percent or so.

“It makes perfect sense that we should build everything for space, in space,” said Jason Dunn, one of Made in Space’s founders.

But we don’t know yet how “Made In Space” 3D Printers perform in zero gravity.

For its initial tests, the company may rely on suborbital vehicles under development by private spaceflight companies, some of which could provide about 20 minutes of weightlessness per flight, Dunn said. It takes hours to print a full part, but printing out pieces on a suborbital flight could be a good first step, according to Dunn.

If a printer passes this test, the next phase may be a full trial in orbit, perhaps aboard the International Space Station.

By the way it makes me think about 3D printers that can print their own parts and replicate themselves. Is it really a good idea to send them into space ? I don’t want to see a kind of replicators we can see in Stargate