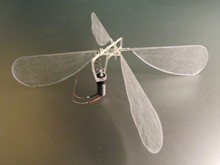 It was made using an EDEN260V 3D printer from Objet and FullCure 720 Transparent Materials.

The ornithopter weight only 3.89 grams. It’s powered by a GM14 motor and lightweight lithium-based batteries that allows it to hover unthetered for about 85 seconds. The wings are made of a polythene film stretched over a carbon fibre frame. 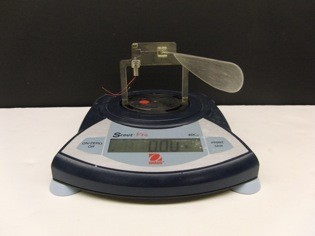 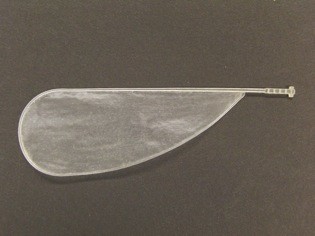 This project currently focuses on developing a ﬂapping-wing hovering insect using 3D printed wings and mechanical parts. The use of 3D printing technology has greatly expanded the possibilities for wing design, allowing wing shapes to replicate those of real insects or virtually any other shape.

It has also reduced the time of a wing design cycle to a matter of minutes. An ornithopter with a mass of 3.89g has been constructed using the 3D printing technique and has demonstrated an 85-second passively stable untethered hovering ﬂight. This ﬂight exhibits the functional utility of printed materials for ﬂapping wing experimentation and ornithopter construction and for understanding the mechanical principles underlying insect ﬂight and control.

See all the images here