The Voxeljet VX4000 3D printer has a build space of 4 x 2 x 1 meters which is approximately eight times the volume of conventional systems.

Its printer head, that prints a layer in only 2 passes, has ten printing modules with 2656 controllable jets.

Dr. Ingo Ederer, CEO of voxeljet technology, is reportedly delighted with the capabilities of the new machine. “With our new VX4000 we can generate moulds the size of a sports car, the limit being a volume of eight cubic metres. This presents users with undreamt-of possibilities. The enormous build space enables the rapid production of large individual moulds, but is also flexible enough to allow the cost-effective production of small batches.” 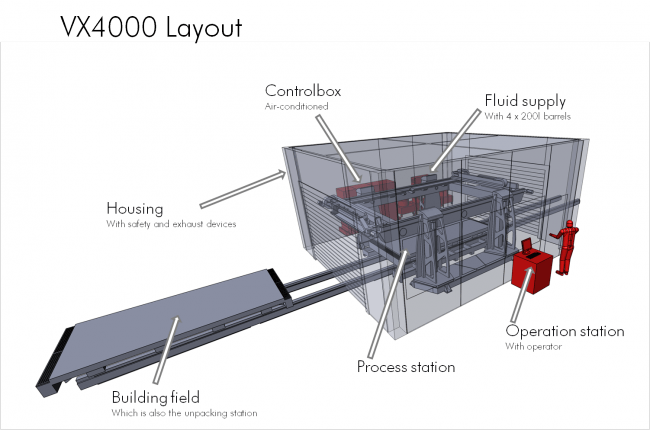