Green Additive Manufacturing in the Desert 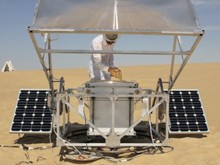 On August 2010, in the deserts of Siwa (Egypt), Markus Kayser explores the potential of desert manufacturing, where energy (sun) and material (sand) occur in abundance.

The Solar Sinter machine was tested for a two week period in mid-May. 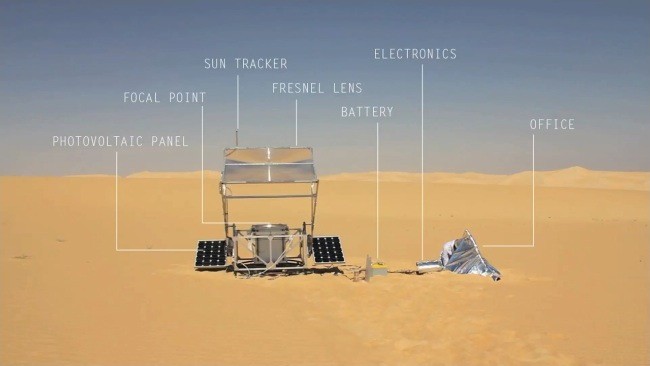 In the deserts of the world two elements dominate – sun and sand. The former offers a vast energy source of huge potential, the latter an almost unlimited supply of silica in the form of quartz. The experience of working in the desert with the Sun-Cutter led me directly to the idea of a new machine that could bring together these two elements. Silicia sand when heated to melting point and allowed to cool solidifies as glass.

This process of converting a powdery substance via a heating process into a solid form is known as sintering and has in recent years become a central process in design prototyping known as 3D printing or SLS (selective laser sintering). These 3D printers use laser technology to create very precise 3D objects from a variety of powdered plastics, resins and metals – the objects being the exact physical counterparts of the computer-drawn 3D designs inputted by the designer.

By using the sun’s rays instead of a laser and sand instead of resins, I had the basis of an entirely new solar-powered machine and production process for making glass objects that taps into the abundant supplies of sun and sand to be found in the deserts of the world. (Markuskayser.com) 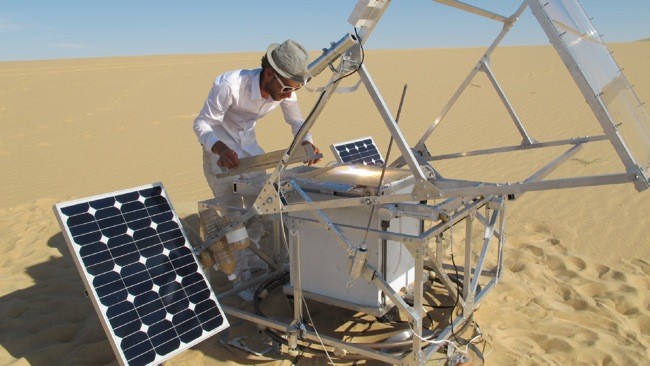 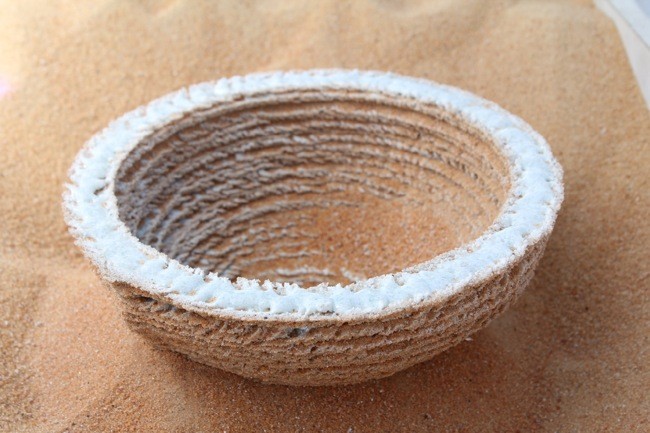