AMF: a new file format that brings 3D Printing into a new era 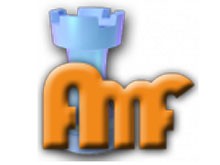 AMF (Additive Manufacturing File Format) will provide a seamless transition from design to physical printed object, independent of the specific software or printer hardware being used.

“This new format will mark the beginning of a new era of 3-D printing capability,” Lipson said. “It’s a bit like when the world of printers took off once postscript was invented, because all printers became mutually compatible.”

Files, documentation and forums for AMF are available at http://www.stl2.com