Your World in 3D: all you need to start geo-modeling

On June 27th, Google unveiled a website called Your World in 3D to help introduce users to the concept of geo-modeling — the term given to creating 3D buildings for Google Earth and Google Maps. 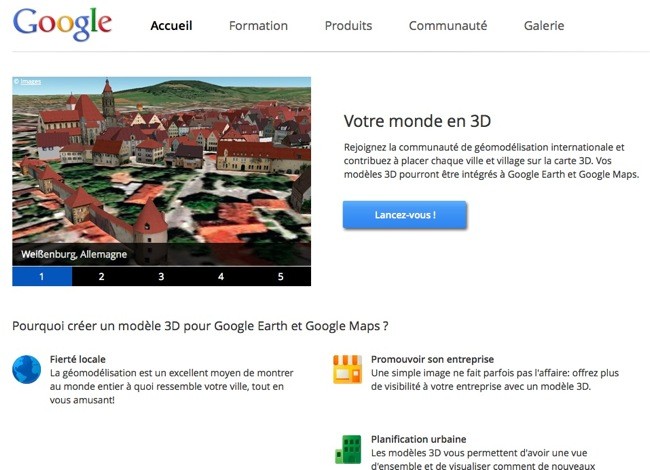 “Your World In 3D” in french

“Your World in 3D has all the tools you’ll need to start geo-modeling and features several examples of what fellow modeling. By releasing Your World in 3D in more languages, we hope that you and your friends from around the globe will join us to help build the most comprehensive 3D virtual mirror of planet Earth”