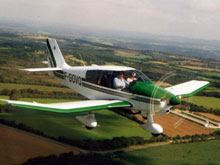 “The Robin DR400 is a wooden sport monoplane, conceived by Pierre Robin and Jean Délémontez. The Robin DR400 first flew in 1972 and was still in production in 2008. It has a tricycle undercarriage, and can carry four people. The DR400 aircraft have the ‘cranked wing’ configuration, in which the dihedral angle of the outer wing is much greater than the inboard, a configuration which they share with Jodel aircraft. This model is considered easy to fly by many and quiet during flight due to its wooden frame” (Wikipedia) 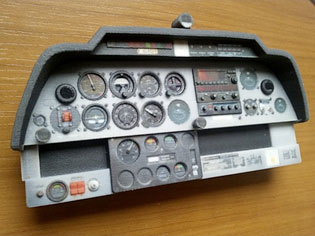 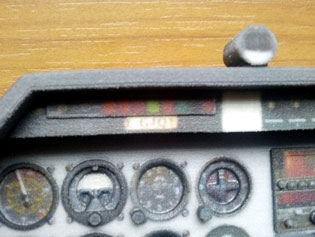