Microsoft Techdays 2012 happened this morning in Paris, France. The show gathered more than 4000 attendees for more than 2 hours of conferences, demos and talks about the very last Microsoft innovations.

One of our 3D printers – we use it every day to produce your objects – was running in the background while the KinectFusion team showed its brand new real-time 3D modelization features!

It means that you will be able soon to 3D scan the world around you thanks to the Kinect and then have it 3D printed by Sculpteo. 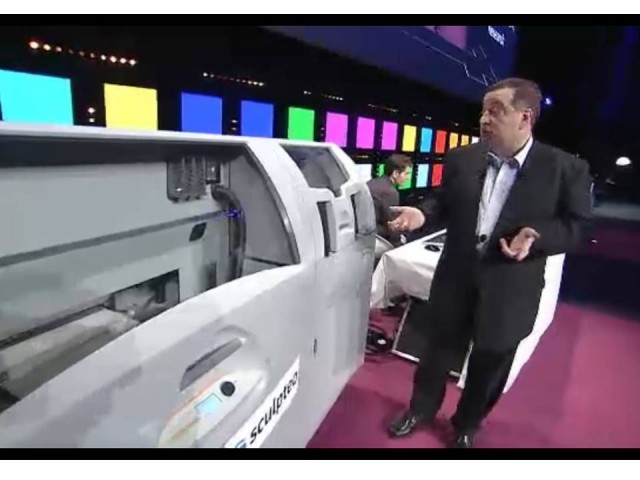 Bernard Ourghanlian, Chief Technology & Security Officer at Microsoft France since 2002, was moderating the session. He is also a musician and whistled the freshly printed flute right on stage. Take a look at the video!

It was the first time ever in the history of 3D printing that a live demo was made in front of such a large audience. Hopefully the KinectFusion will be available soon for everyone to begin 3D scanning and printing the world!

Let us know what you think about it in the comments.