Making sculptural masterpieces accessible to all through 3D printing

There has been lots of attempts to grasp the world out there and 3D print it, but we think the one launched by Cosmo Wenman on Kickstarter needs a little push! 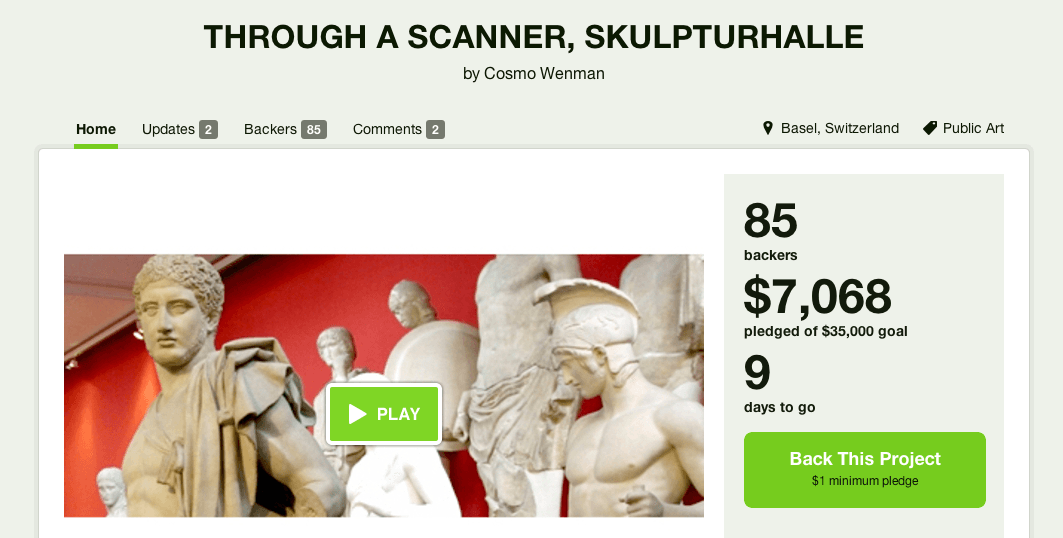 Cosmo launched a new original and ambitious campaign on the famous crowdfunding platform with the aim to 3D scan a wide variety of artwork displayed in museums all over the world. The scans are then used to 3D print life-size reproductions.

Cosmo confessed that his passion for art comes from his childhood:

“I was lucky enough to grow up in a home filled with books of illustrations and prints which formed the basis for my own appreciation for the beauty, themes, and meaning in art.”

He started this project for himself, but soon realized that other art lovers were equally interested in his approach. So he started to share his 3D printable files online so that anyone can 3D print their own copies. His project can be seen as an attempt to let anyone enjoy the cultural heritage of sculptural masterworks. After doing this on how own, he found out that the Skulpturhalle Basel museum in Switzerland had been doing the same and now owns over 2,000 high quality 19th and 20th century plaster casts of important ancient Greek and Roman sculptures. The museum gave the authorization to 3D scan all the sculptures he wants, and to share the 3D designs without any restrictions. 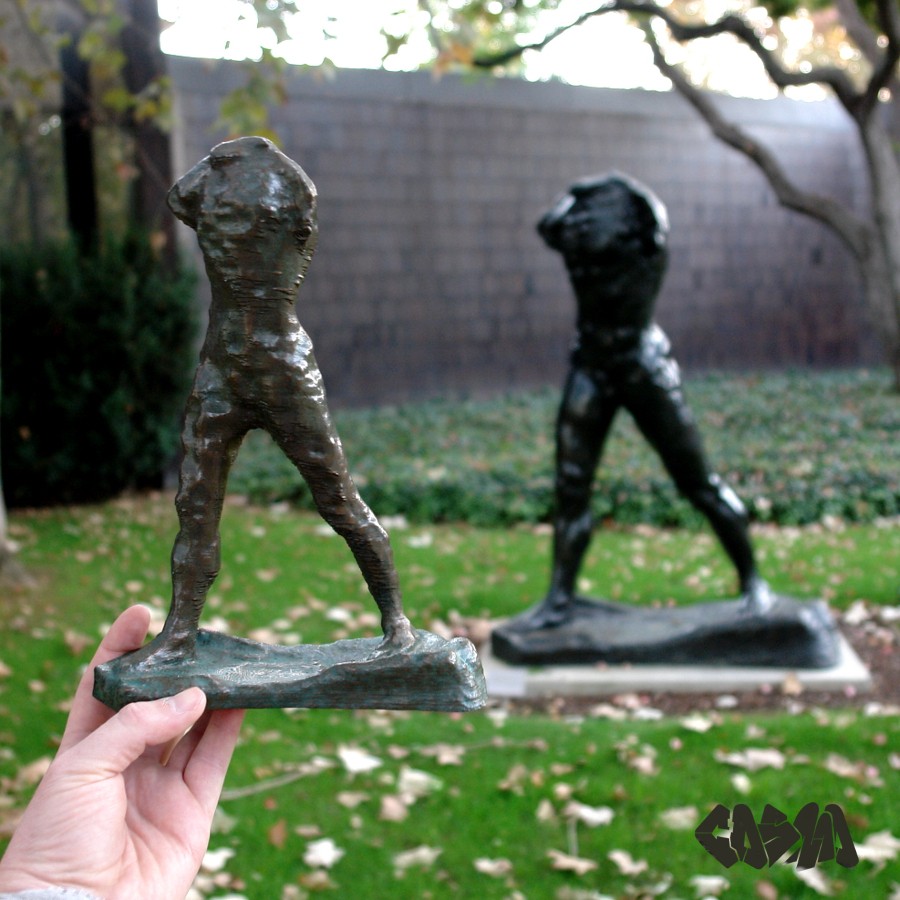 On his own terms, Cosmo is seeking funding on Kickstarter “to 3D scan a selection of plaster casts of important, archetypal sculptures at the Skulpturhalle and publish the scans and 3D printable files into the public domain, copyright-free, so that anyone, anywhere, can download, alter, adapt, or 3D print them for themselves.”

He also has planned to exhibit one 3D printed bust at the London, Paris, and New York 3D Printshows. In the meantine, you can find his 3D scans here.

We are looking forward to see his print at those events and we can’t wait to own our very own 3D printed Venus de Milo.