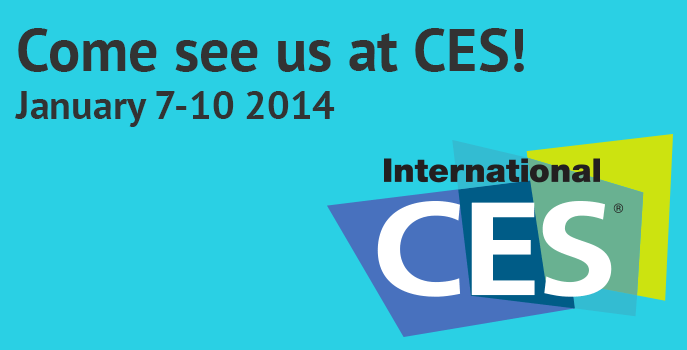 Holidays haven’t begun yet, but we’re already thinking ahead at Sculpteo. Directly after New Year’s Eve, Sculpteo’s team is heading to Vegas for CES 2014.

This is a long tradition for us. Three years in a row, we’ve been there to make our major announcements at the beginning of the year. This year is no exception, and we’ve some surprises to come. It’s just three weeks away, so you’ll have to wait a little bit.

This is also the first year, there will be a 3D Printing TechZone. You’ll find it in the South Hall 3. And you’ll find us on the booth 31417

Also we’re pleased to announce that Clement Moreau, CEO of Sculpteo, will give a talk during the  ‘Don’t Believe the Hype? – 3D Printing Uncovered’ conference  organized by TCT Magazine + Personalize at International CES 2014. Other confirmed speakers will be 3D Systems CEO Avi Reichental, or well known industry commentator Todd Grimm. They all will be taking to the stage on January 8 to communicate their enthusiasm for this disruptive technology.

We’re thrilled to be there again. Last year, we were presenting our iPhone/iPad app: 3DPCase. And we won the Innovation Award 2013 for Best Software & Mobile App. We hope to recieve the same kind of enthousiasm at the CES Unveiled 2014  with our big announcements.

For getting an early appointment with our Sales Representatives, please contact sales@sculpteo.com