This week, if you want to see the work of a talented artist, we suggest you take a look at Philippe Girard’s work. We’ve caught up with him and had a little chat to talk about art, 3D printing and digital creation. 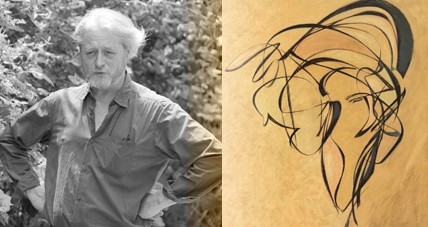 Tell us a little bit about you? Who’s Philippe Girard? Where are you located?

Trained as a ‘graphiste’ deasingner  ,settled   in Paris ,I began in 87 my research  on sensitive figuration of human being . I exercise this for a bout ten Years  on clay .From this periode a number of artefact came to light in fired earth , then bronze and polyesther from one inch to ten feet tall .In 99 I wanted to bring lightness  and transparency in my work . I started then to deepen the way I was drawing  the curves to express the right signature of the instant moment .From Hundreds hand made of callygraphic drawings , I set up scenes on paintings with oil and added calligraphyc handdrawings on the canvas .I played with these beings like animation on a scene of all size  with oil and acrylique . But my aspiration was to bring in three dimensional this acting and twenty woode scuptures two  to seven feet tall came about .It was pleasant and I enjoyed it very much but some thing was missing . I was not able to express all the richness of thick and thin in the line and form . By the side I liked numeric picture , and was on the look out for picture programms (color , vectoriel forms , composed graph , a totally other way to express my work) . 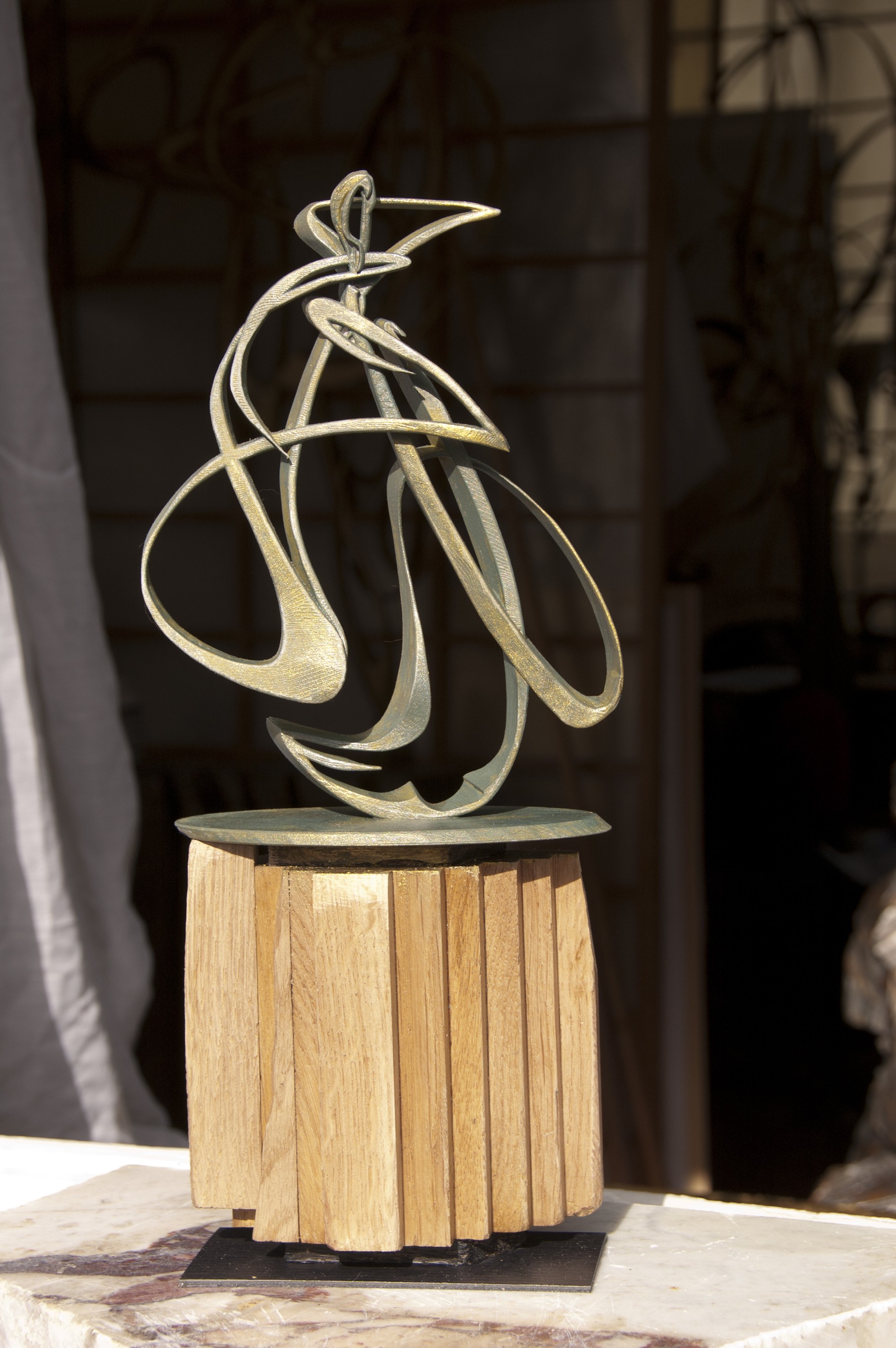 How did you end up using 3D printing in your art? Is it a path you’ve chosen a long time ago? or a new development?

Since the making of the press entered in the time of computurising ( round the 9Os) I used  and learned to use these picture creating programms .Photoshop, indesign, illustrator and others they all opened a fantastic new field for a graphist like me who had only learned hand made picture making .I becam really obssed with pixel because I was able to play WITH the picture . Then it became clear I had to get at three D as soon as it will be possible .

When did you learn to use softwares to design in 3D?

In July 2013 , I became curious to experiment these three D programms. I accepted to use this new way , which was actually very near to my previous way of workink with lines .There the space is telling the world , and it gives me access to all the various profil of these beings and it became more lyrical more expressiv with thickness and lightness of each curved and straight lines. 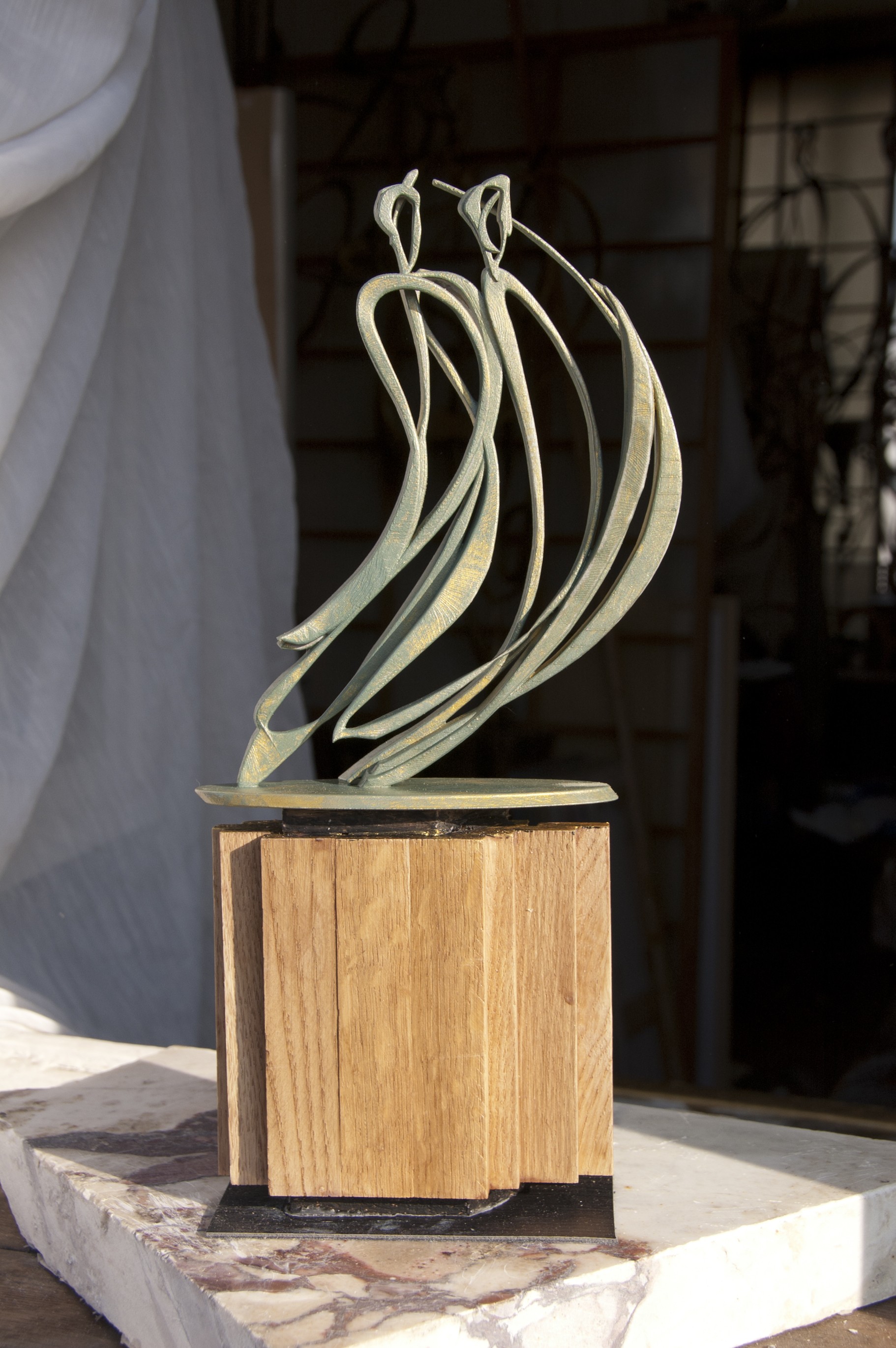 Do you feel any limit to 3D printing? We’ve met artist that are saying it’s in fact really exciting to work around the different possibilities.

To print in three D was incredible and to some extend rather not thinkable . When I discover Sculpteo in 2013 , my dreams became reality.The first two prints was a great discovery and thanks to all the members of the team of that firm , I became flabbergasted and enthousiastic. Since I concieved 14 sculptures and more I work more projects arise in my mind .

Who are your favorite artists who are working with 3D printing? Or anyone inspiring you in any way?

The work of Neri Oxman seriously seduce me .They open so many creative possibilities .Since the printshow of Paris the demonstration was done that the art people using this technology were opening a new wide field . To my eyes and understanding we are just at the beginning of surprising outcoming . 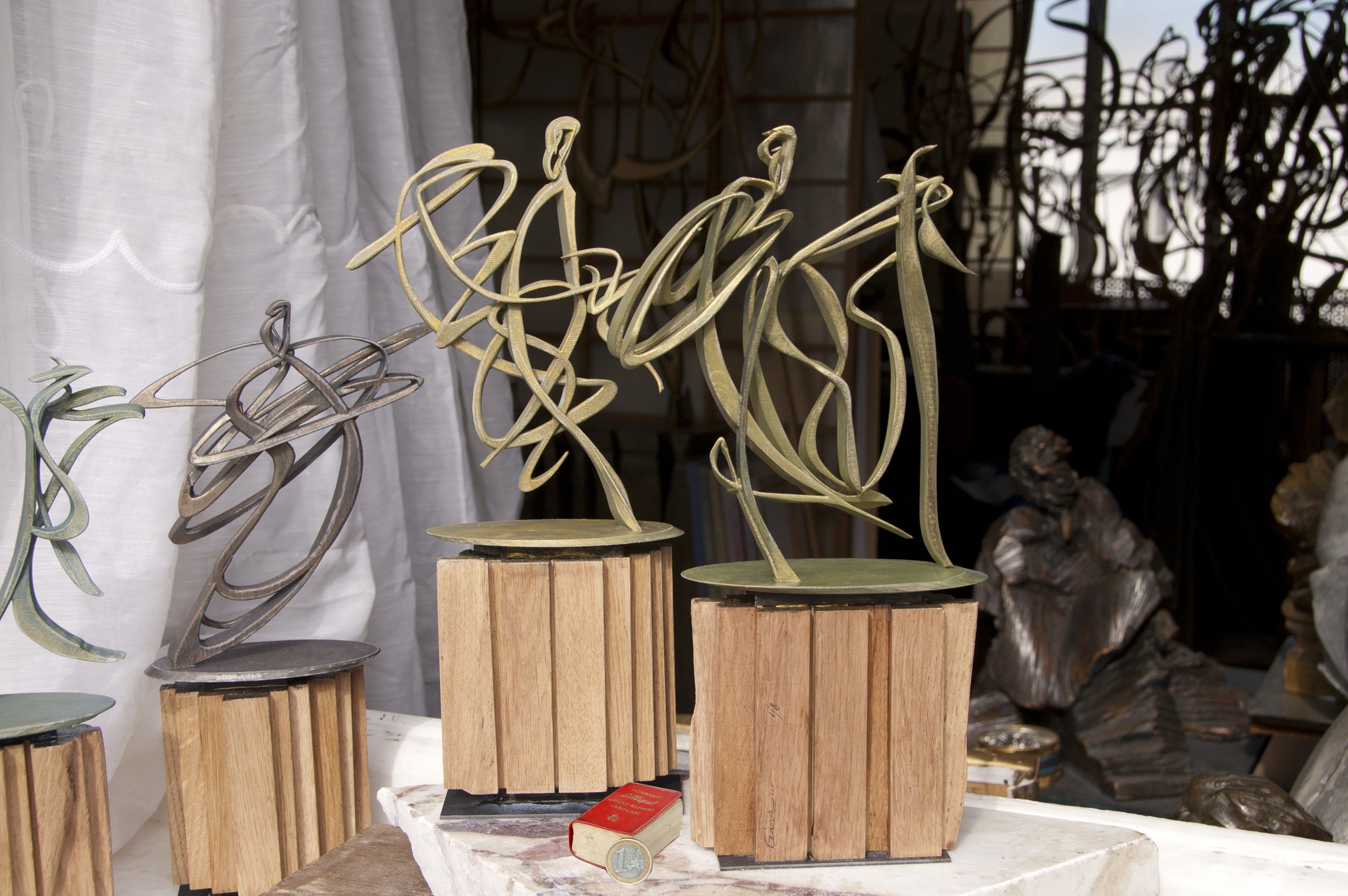 Did you make many exhibitions?

I could recently twice during exhibitions in Paris district and open doors at the artistsassociation of Montmatre ( la cité des artistes ) show 6 sculptures of my own production . It was well received by the public .some questions arised like a sculpture had to be hand made .I had to pedagogickly explained , and bring them the inner conviction , it was the same hands  but with the  adding of the technology  , incredible technology .

What’s the next big step for you?

In December 2013 and in February 2014, during 20 days I will be present in 2 places around Paris with 16 sculptures. These sculptures will be in the same place than the paintings of Alain Gontier. This painter works with faces of Jazzmen. The purpose was to give a feeling of the time of this kind of music … I hope to present in future my paintings and sculptures surrounded by original music. I’m working on this and I have lots of projects to show to any interested person.

Anything we forgot to ask? or anything you would like to say?

In the future I I shall print 16 of my present work , and  registered  8 of them in a art print. The future work will consist of variation of size and gloss on the demand of collectors. With the technology of 3D printing , every thing is open and I believe that an entire new field of perspectives with mettings and exchanges between artists and art amateurs as well as professionals will come about.That’s it , thank you for your interest on my work and again thank to Sculpteo for its quality of service.