2014 just started, but the team behind Chaosmos didn’t take a break. They just launched their Kickstarter campaign to crowdfund their awesome card-driven strategy game! 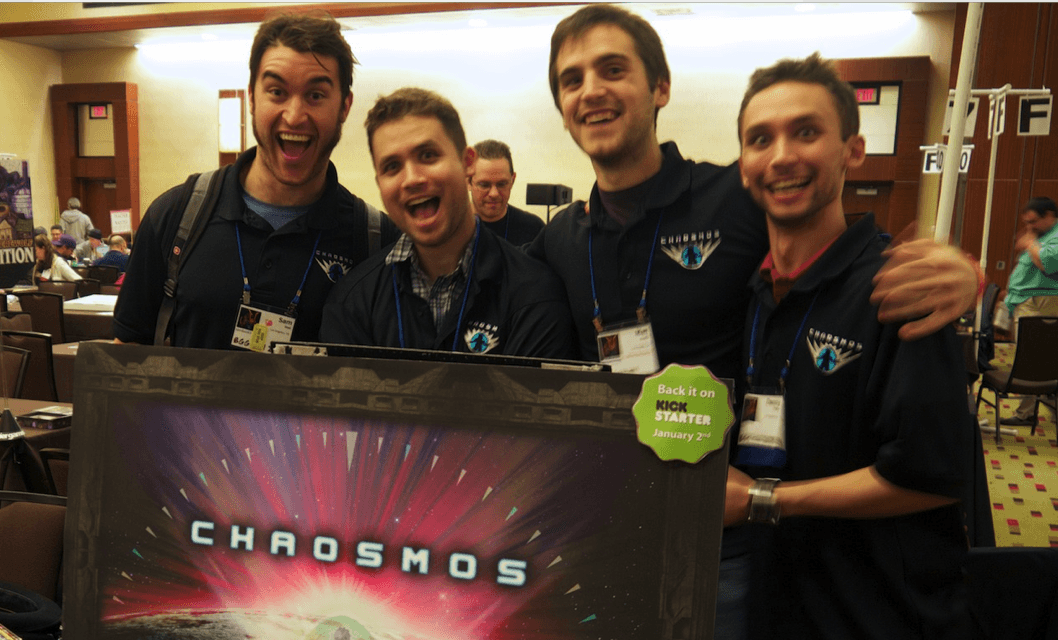 Chaosmos, is a 2-4 player card-driven strategy game with miniatures, playable in 60-90 minutes. The game is a space-themed board game set in a collapsing universe, where players assume the roles of aliens on the hunt for a rare artifact that will save their race from impending doom. 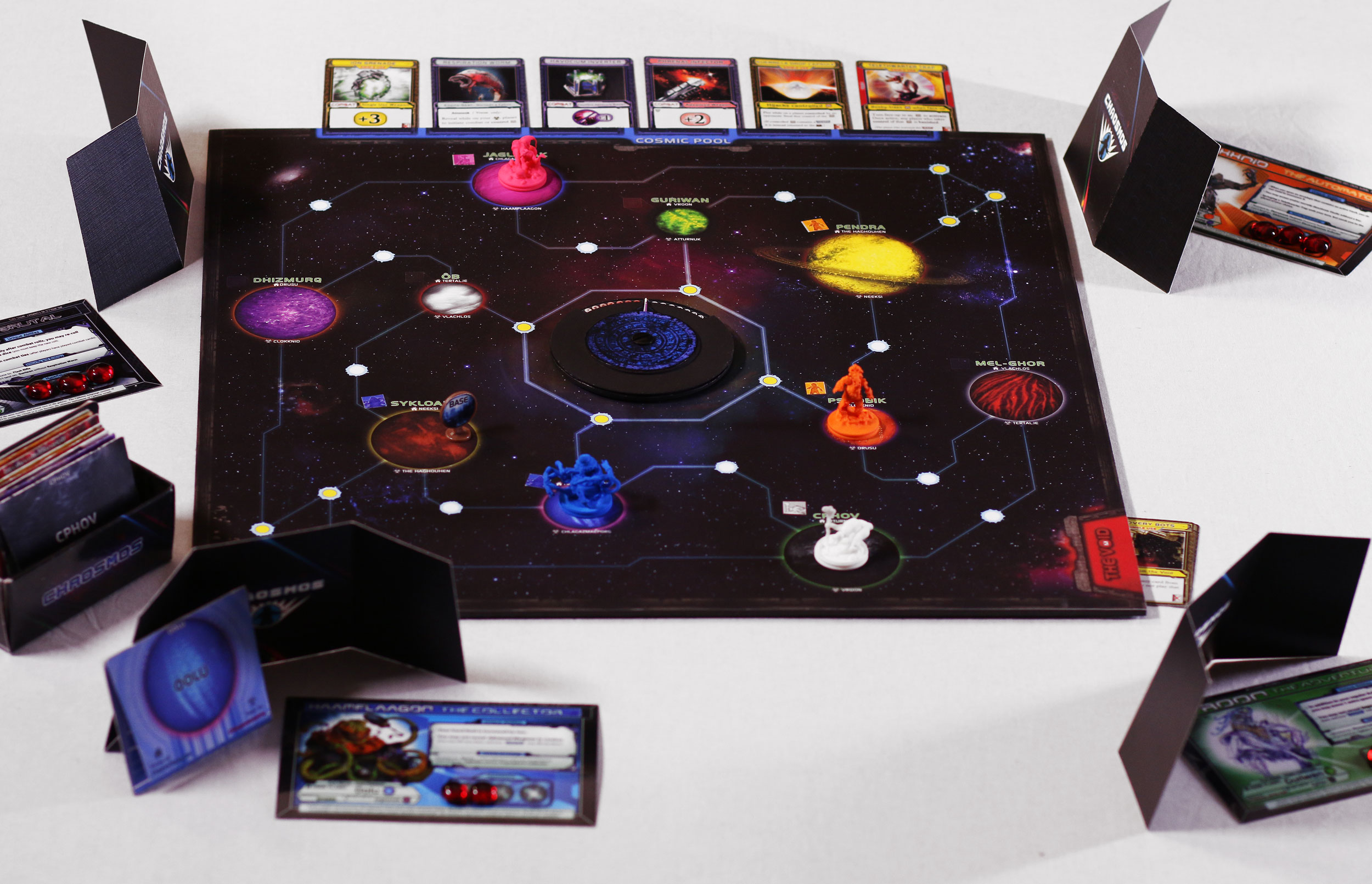 There is so much to tell about this game, but the best way to understand how it’s played is probably to watch this video:

Chaosmos features several groundbreaking mechanics, including area-specific envelopes of
cards, a closed card ecosystem without a draw or draft deck, and a time travel mechanic
that can alter the ending. The game also has a unique victory goal, in which players hunt for
a singular card.

A few months ago, the team behind Chaosmos came to us with the idea to give life to the game’s figurines using 3D printing. After receiving the 3D prints, they tried to hand-paint them, and they were amazed by the result. 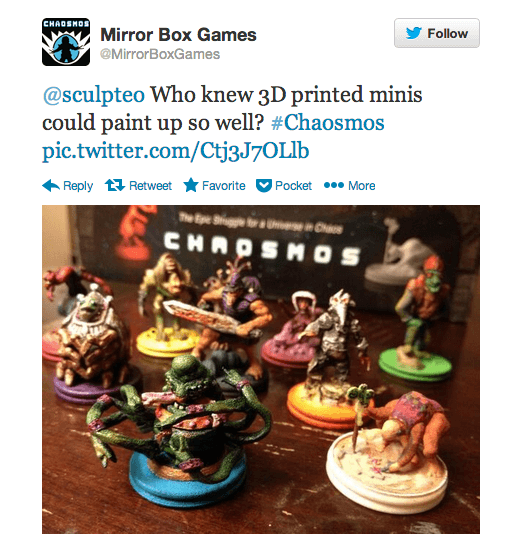 We’re thrilled that Chaosmos team reached out to us to help them with this project. We wish them all the best with their campaign! Plus those guys are so awesome, they even released a pdf with all elements of the game so that you can print them and start playing right now. 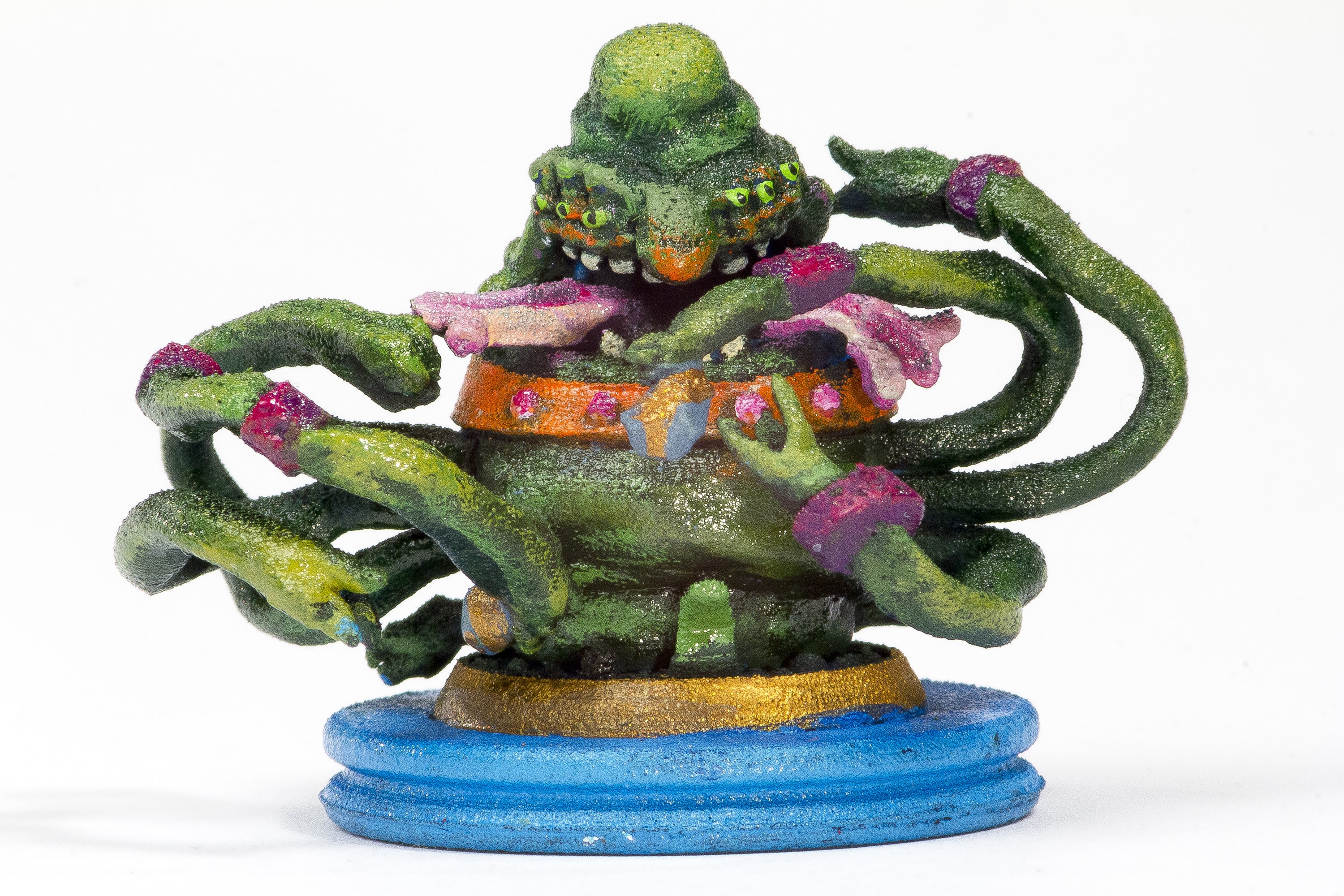 The kickstarter campaign just launched a few hours ago and it’s already really successful.
For more information on Chaosmos, check out here.