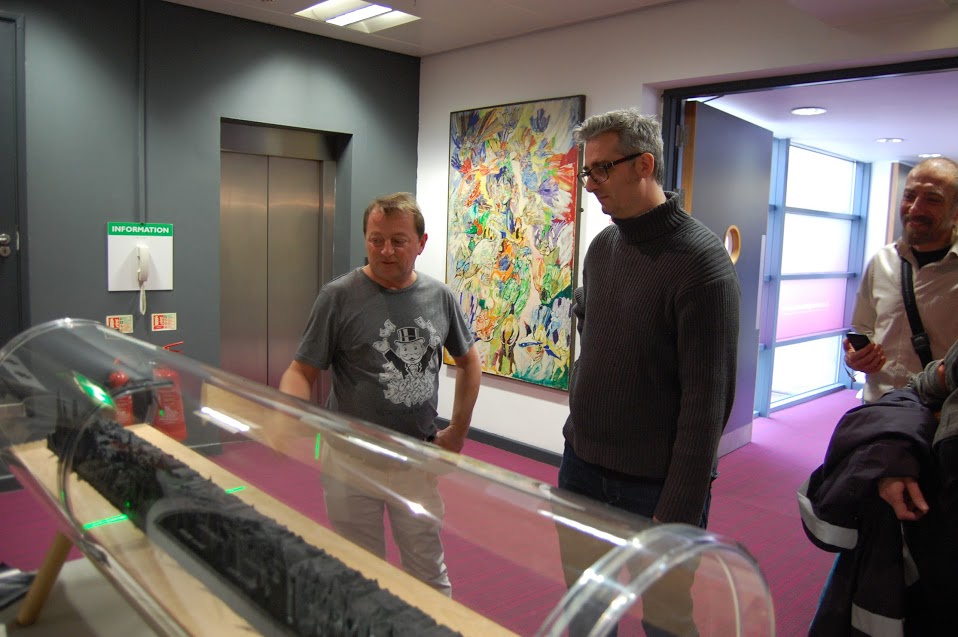 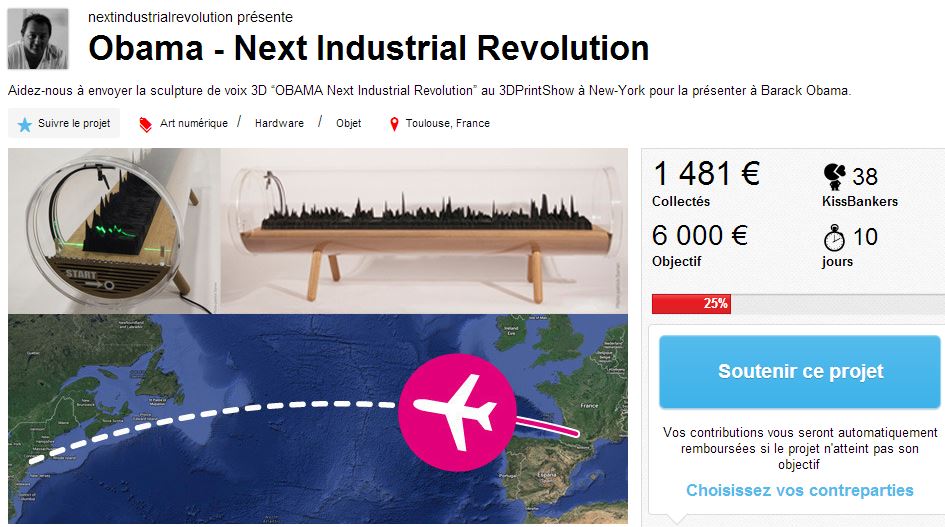 The campaign started 8 days ago and there are still 10 days to go. 25% of the total goal has been reached. We suggest you take a look at this, so that you can make up your mind about this. At Sculpteo, we find Gilles Azzaro’ work really awesome.

Last November, he impressed Bre Pettis, co-founder of MakerBot, with his work.

The sculpture is interactive. A movement sensor activates the system and a laser beam scans the 3D recording to reveal the President’s words and message.

The work was printed using a 3D desktop printer and the housing designed by Patrick SARRAN.

The speech played by the sculpture is this one:

A once-shuttered warehouse is now a state-of-the art lab where new workers are mastering the 3D printing that has the potential to revolutionize the way we make almost everything. There’s no reason this can’t happen in other towns. So tonight, I’m announcing the launch of three more of these manufacturing hubs, where businesses will partner with the Departments of Defense and Energy to turn regions left behind by globalization into global centers of high-tech jobs. And I ask this Congress to help create a network of fifteen of these hubs and guarantee that the next revolution in manufacturing is Made in America. We can get that done.

If you also have this vision for 3D Printing, then you can help support 3D printing. Awesome work needs awesome featuring. At the 3D Print Show in New York City.