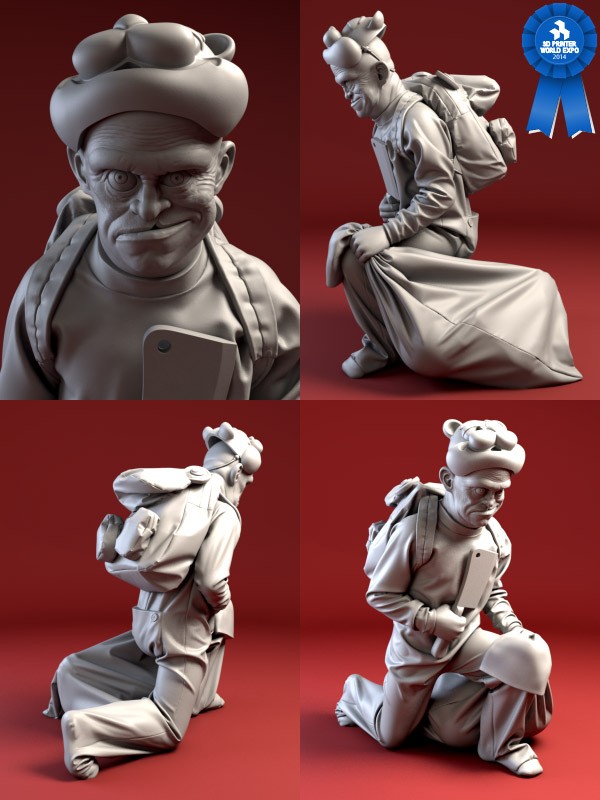 And the winners of the 3DPW Expo Character Art Contest are…

This has been a close call. We’ve received a amazing number of entries, but after weeks of scrutiny, our judges have determined the winners of the 3D Printer World Expo character art contest that we are co-sponsoring. During the show that starts this Friday and ends on Saturday 1st, you’ll have the chance to take a look at prints of the winning designs!

The character/creature art category was one of the more challenging ones to score. There were dozens of professional designs submitted from all over the globe, and the quality and variety of the models made it very difficult to choose the winners.

In reviewing the submissions, it became clear that the contest was essentially a tribute to what can be done with Pixologic’s ZBrush in the hands of a skilled practitioner. The software’s tools and ability to output extremely high polygon counts were used to great effect, impressing the judges and inspiring frequent use of the words “awesome” and “wow” in emails and during conference calls.

We wanted to specially thank the team at 3D Printer World for their professionalism, and of course all participants who did an amarinf jobs with their creations. Factors for judging were concept, aesthetics and originality. The four judges, including 3D Printer World staff and Paul Gaboury with Pixologic, used a point system.

We’ve printed all five finalists’ models, which will be showcased in a special contest display at the Expo. Designs from the other contests will be on display as well.

Without further ado, the five winners of the 3D Printer World Expo Character Art Contest are:

See you in Burbank guys!