3D Printing applications are more or less awesome, but some among us are definitely taking the very best out of the technology. This is exactly what Mick Ebeling, the Founder of Not Impossible Labs, a nonprofit association that creates tech solutions for real-world problems, has been doing with a very smart approach to 3D Printing.

After hearing about the story of Daniel Omar who lost his arms in a bomb attack, Mick had the idea to print a prosthetic hand that would allow the teenager to feed himself for the first time in two years. That way, Mick managed to give hope and independence back to a kid who considered his life not worth living. 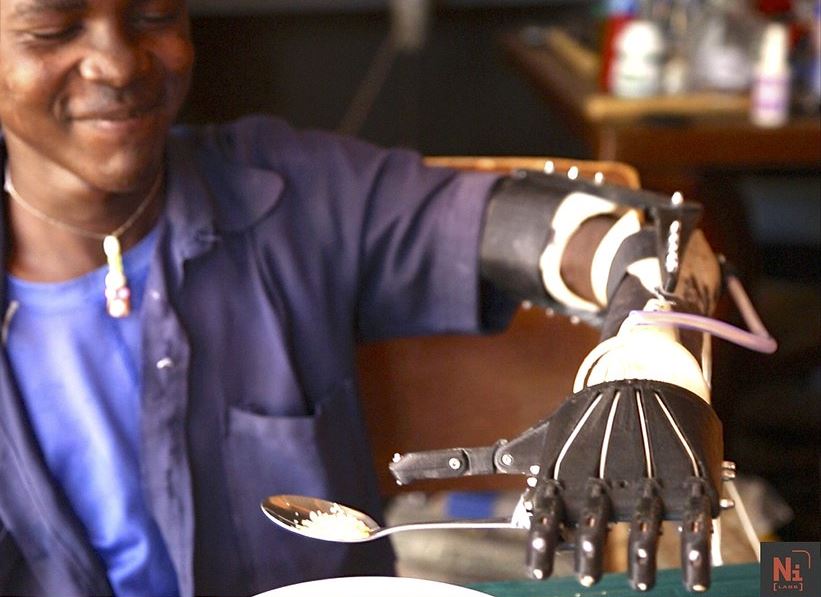 Just prior to Mick’s trip, the now 16-year-old Daniel was located in a 70,000 person refugee camp in
Yida, and, on 11/11/13, he received version 1 of his left arm. After Daniel had his own “hand,” with the help of Dr. Tom Catena, an American doctor working under extreme conditions, the team set about teaching others to print and assemble 3D prostheses. By the time the team returned to their homes in the U.S., the local trainees had successfully printed and fitted another two arms, proving the project will have lasting benefit beyond the team’s presence. 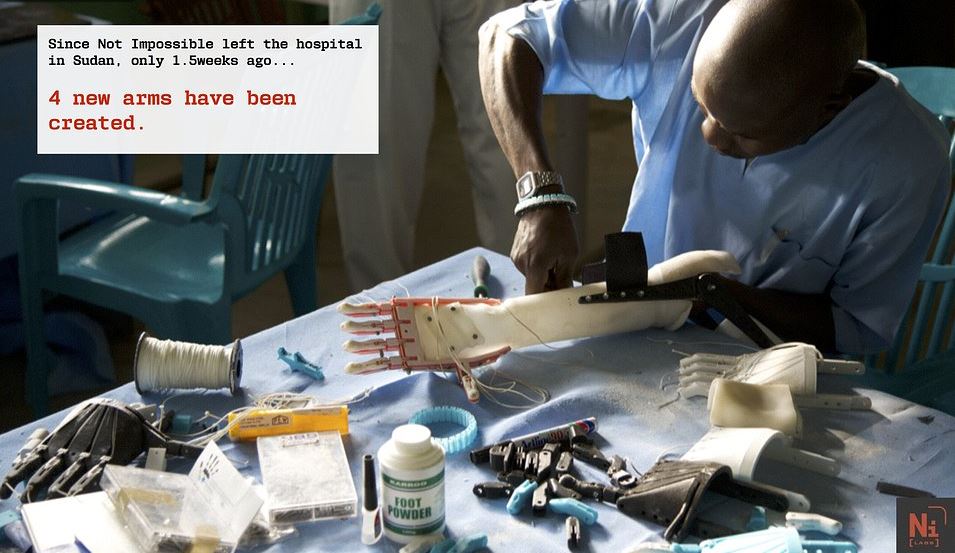 That Project Daniel successfully unfolded in a region where a cease-fire had expired (and where fighting has now escalated), and that the people taught to utilize the 3D printers were barely familiar with computers, let alone the idea of 3D printers, is a milestone achievement that bears the potential for global impact. “We’re hopeful that other children and adults in other regions of Africa, as well as other continents around the globe, will utilize the power of this new technology for similar
beginnings,” said Not Impossible founder Mick Ebeling. “We believe Daniel’s story will ignite a
global campaign. The sharing of the prostheses’ specifications, which Not Impossible will provide
free and open-source, will enable any person in need, anywhere on the planet, to use technology for its best purpose: restoring humanity.”

This project illustrates perfectly the rise of new entities that don’t necessarily have anything to do with governments or companies, but are able to crowd-solve problems by bringing together practical minds. “It is drawing passionate people from all backgrounds who are motivated by global welfare, and inviting creative action toward fixing systems that are ineffective.”