The Foodini, a 3D Printer for food on Kickstarter!

No need to go very far to see that 3D printed food wins lots of excitement. On TV, in the news or during the differents shows, we often hear the question “And you can even print food?”. Yes. But it depends on what you want to put behind the word 3D printing. Lots of 3D printers are already using a head to melt and extrude ABS or PLA and 3D print objects that way. This is basically the very same concept for food. The 3D food printer is a machine that uses the three x,y,z axes, motors and a extruder to build up a dish layer by layer. So what the Foodini printer for? 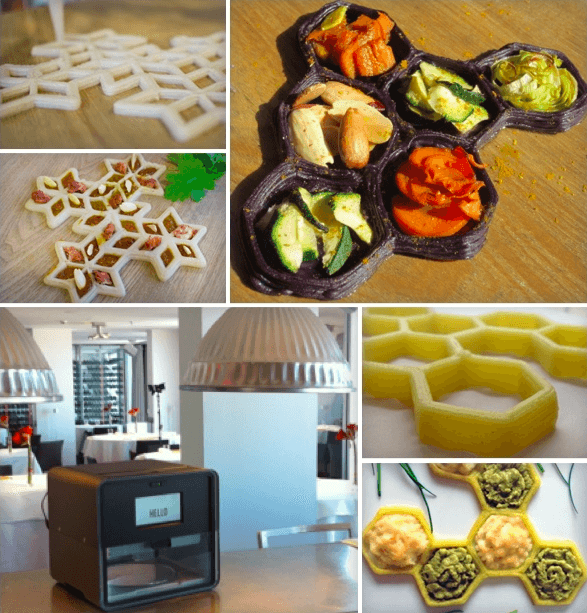 So far, most of the 3D printers don’t cook the food themselves. The goal is to use them to extrude the food exactly where it’s needed. This will help you create 1) beautifully designed dishes, 2) customed dishes fully taylored to your diet, 3) track what you eat and what you need to eat to the closest and 4) overcome the habit of just microwaving a precooked dish. It might seem to be a very far ahead vision. But this might come soonner than imagined. 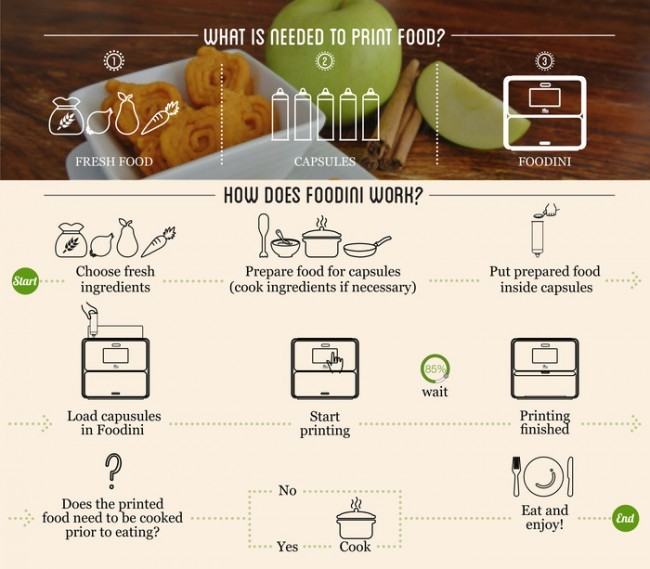 This is at least the vision carried by Natural Machines with their Kickstarter project Foodini. After NASA’s plan to create 3D printer for food for astronauts, this Kickstarter project might very well be the first commercial food printer to be available.

“Too many people have abandoned food made with fresh ingredients in favor of pre-made processed food with lots of preservatives and additives. Now, 3D printing technology allows us to recover healthy habits by making homemade food preparation healthy, easier, and fun!

Foodini takes on the difficult parts of making food that are hard and time consuming to make fully by hand. One of our goals is to streamline some of cooking’s more repetitive activities – forming dough into fish-shaped crackers, or forming ravioli – to encourage more people to make fresh healthy foods.”

Check out their presentation video here:

In over just a week, they reached half of their goal. There are still some spots left to get an early bid Foodini printer and save up some money.