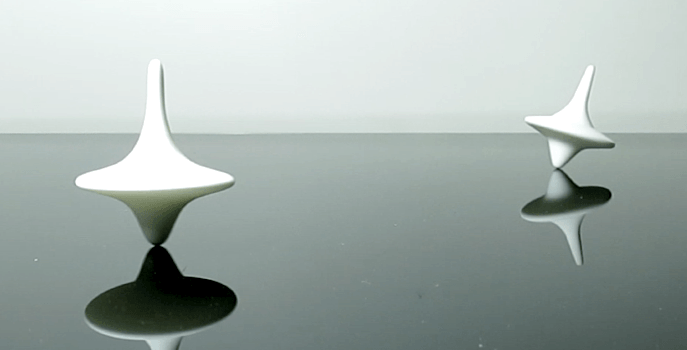 Sculpteo offers two different layer precisions when it comes to our plastic material. We decided to do a little test as to which makes a better spinning top.

Before we get started, I’ll let you know the different layer precisions available and how to activate high definition. There are two layer precisions available, 60 μm and 100-150 μm. The latter has varies a bit depending on printer configurations, which are established as per the objects that are in a particular printing batch. High definition prints (60μm per layer) can be attained through batch control.

Batch control is a tool provided exclusively through Sculpteo, it opens up the option for high definition prints and orientation within the printer. So that means if you have an object which needs particular layer directionality, you can achieve it. But how do you activate batch control? Up the number of objects in your batch to anything above 20 and the tools will become available (not to mention the price per object will be reduced significantly).

And now for the top spinning competition… 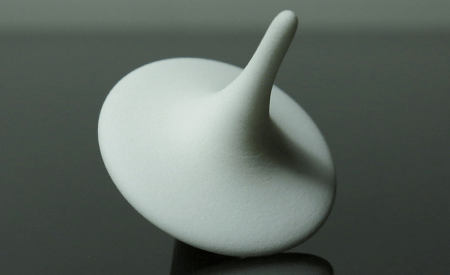 After two heated rounds, one going to Cobb, the other to Mal, it came to a final spin off – winner take all. The two tops started off strong, with Cobb taking a bit of a spin toward the edge of the table. The two were neck in neck for the majority when Mal began her a terminal wobble. It looked like Cobb had it in the bag, when without warning, he fell – giving the top spinning challenge to Mal. (We’ve added the video of the intense spin-off below.)

The marketing team here at Sculpteo likens it to the differences in weight of the two objects. You’ll note from the two pictures, that Mal is slightly larger than Cobb. Cobb undoubtedly spins more consistently, but only slightly longer than his adversary.

Check out the video below, and give it a try yourself with batch control!