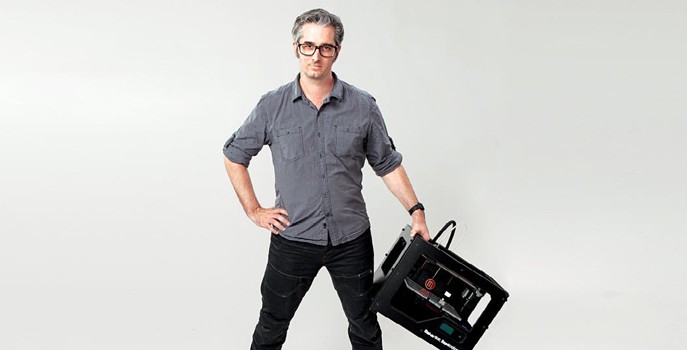 This past week was a big one in the 3D printing world, here’s a quick recap on some of the biggest stories…

Bre Pettis Steps down as CEO of MakerBot
On Thursday, 3D Print reported that Bre Pettis, the cofounder and CEO Makerbot will be stepping down from his position at the head of the company. Pettis will remain in Statasys (MakerBot’s parent company after last year’s $403 acquisition), and it is speculated he will head their “Innovation Workshop”. Taking his place is Makerbot’s former president, Jenny Lawton.

3D Printed Brain Models Help Doctors Save a Life
The Verge covered a story on a group of doctors at Boston Children’s Hospital who used 3D printing to replicate a child’s brain. They were then able to use that replica to conduct a practice surgery the night before the operation. It offered another shot of confidence for the parents and the doctor, before going into the operation itself. The child is reportedly doing well and healthy.

Miss America Contestant to wear 3D Printed Heels
Georgia Tech business major and Miss America contestant, Maggie Bridges, will wear a pair of 3D printed shoes for an upcoming parade, reported Makers on Tuesday. She and a team of excited G-Tech undergrads conceived a design that they felt was an iconic representation of the university.