What’s really exciting about 3D Printing is that it’s a great way to bring ideas to life. 3D printed prototypes are flourishing in a multitude of industries, but additive manufacturing solutions also benefit designers who are eager to launch new products. It’s the easiest solution for a designer to quickly get their hands on their original designs. Kenneth Brown is one of the many designers who benefit from 3D manufacturing. We had a chance to meet up with him to hear his story.

From an early age, Kenneth Brown has adored creation. He’s spent countless hours bringing his dreams to life in a sketchbook, but his designs took an entirely new form when he started to model in 3D.

That move into 3D has undoubtedly expanded his possibilities.

“Like many artists and creators, it has always been my desire to generate a collection of intellectual property available for worldwide licensing. My inspiration came from the fascination I have for dinosaurs.”

That’s when he started designing his characters, that combine both humans and dinosaurs.

“I had never used 3D printing before but I started to incorporate the use of 3D printing into model making process. This allows me to create a character in a few days and have the printed piece delivered within a week. It is definitely cost effective and time efficient. The only other solutions available would have been very expensive outsourcing venture. 3D Printing is the best option to produce my creations for sure.” 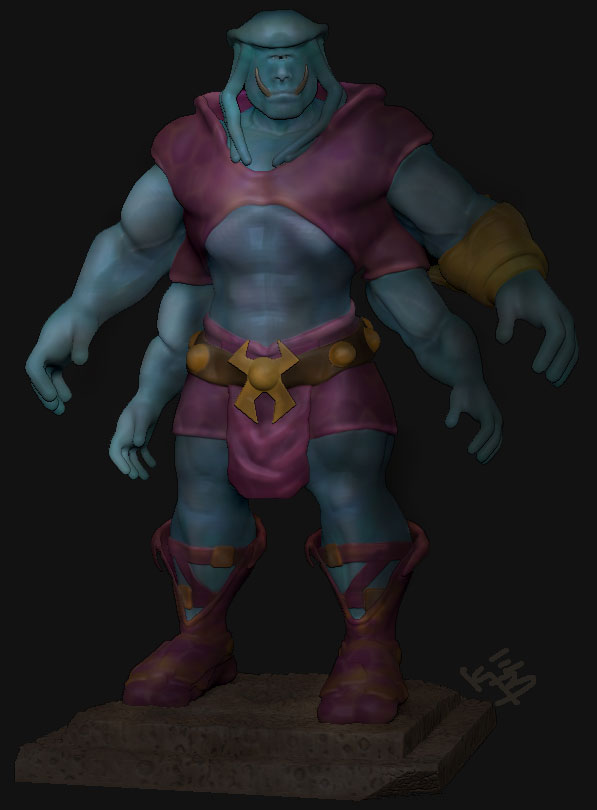 “The material also suits my needs really well. When I get my print, I can easily hand paint it. ”

The final version of his first model, called Torgantua, was an incredible success. It even has its own story on Kenneth Brown’s Sculpteo store.

The designer even wants to go further: “I am working on more designs to add to my collection. Ideally, I would like to find an interested toy manufacturer to license the product to, as characters would make a great toy line with half human, half dinosaurs characters”.

Another successful story for 3D Printing!