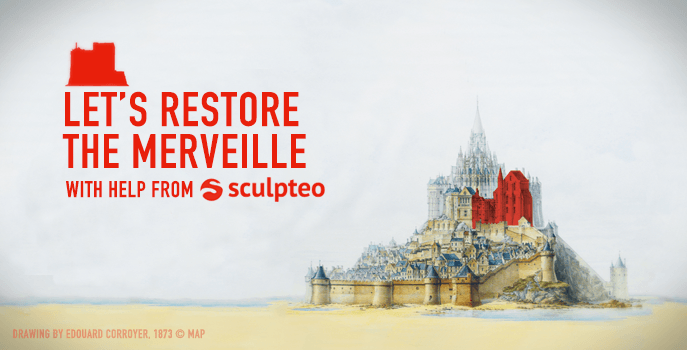 The Cité de L’Architecture, Paris’ premier architecture museum located just across from the Eiffel Tower, recently announced a revolutionary project that connects medieval architectural modeling methods with the most cutting edge 3D modeling techniques. Sculpteo offering their 3D viewer and an updated mock-up of the object, teamed with the Cité in hopes to Restore the Merveille of Mont St Michel.

Mont St Michel gives name to an island commune and architecturally brilliant Abbey that lie about 220 miles west of Paris off of the Atlantic coast of France. Each day rising and setting tides surround the island, offering views that few pictures can do justice.

The Merveille is where monks once lived in the Abbey. A model of the The Merveille was created around 1880 to explain and support Jules-Edouard Corroyer, the architect in charge of the Mont St Michel’s restauration. The model stands about 8.5 feet (2,60m) tall and was made from a single block of stone. Unfortunately, time and voyages (at one point the top portion of the model needed to be removed to fit through a doorway) have weathered the model. 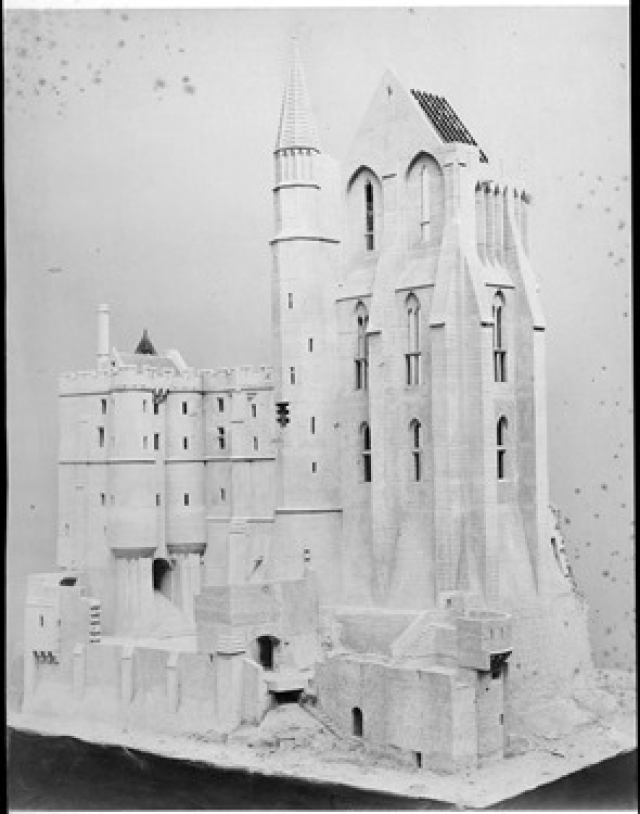 The model during the XIX Century – Photo Louis-Emile Durandelle, 1884, MAP.

The architectural, stone model has found its way to The Cité de L’Architecture, who are now looking to restore it. With the help of Sculpteo, they have launched their Ulule campaign to restore the model to its former glory. 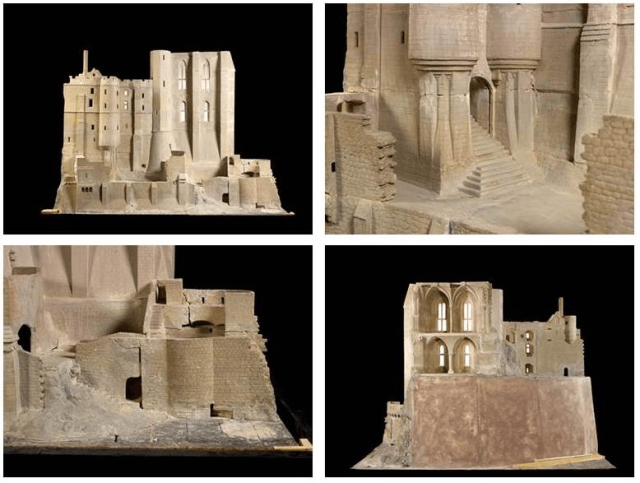 The structure had multiple 3D scans that were funded directly by Sculpteo. Those scans interpreted every interior aspect of the structure, including textures and colors. The scan was then sent to one of Sculpteo’s lead 3D designers, Alvise Rizzo, who was able to fill in the holes that can sometimes arise when completing a 3D scan.

After a series of 3D scans of the stone model, Sculpteo managed to recreate a printable model of the object in 3D. You can see Sculpteo’s 3D viewer in use on the Ulule page (and below). A 3D model is an essential part of the process to give donors an impression of what they are donating to reestablish. In particular, donors of 1000€ or more will get a miniature of the structure, printed in 3D from Sculpteo.

For more information on integrating Sculpteo’s viewer onto your own website, see our tutorial, or feel free to contact us.