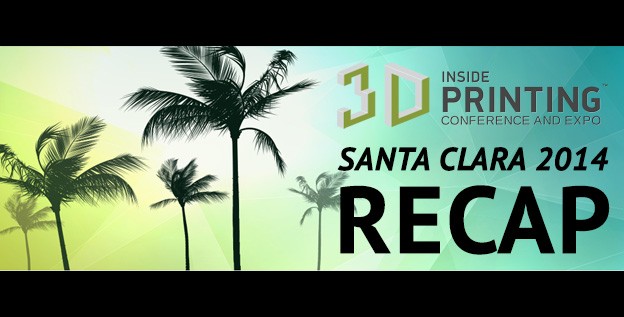 Hello world, Christina writing. I’m the 3D Printing & 3D Design Evangelist at Sculpteo located in our San Francisco office. I’m writing here to give a bit of a recap of what went on during Inside 3D Printing in Santa Clara!

During the beginning of any conference, it can be difficult to get your bearings if you’re a first-time attendee let alone an exhibitor. For Nora Touré, our US Sales Manager and myself, it was quite a crazy time preparing for Inside 3D Printing and for me to prepare for my talk which I had to give on day one of Inside 3D Printing. The workshop topic I was given was among many good topics. It’s too bad we were too busy to attend some of the other interesting talks! Well, Nora did manage to squeeze in a few during the Expo!

Day 1: I had a slot right after the guys at Type A Machines who spoke about Desktop 3D Printers – From Start to Finish. Too bad we missed it! Everyone knows how much I love to talk about 3D Printing and watching printers in action!

The two hour workshop that I gave was Reshaping Manufacturing: Understanding the 3D Printing Process. In a nutshell, I briefly went over the history of 3D Printing, a few different case studies of 3D Printing being used and how 3D Printing is reshaping the way that we manufacture today. I also went over the different types of printers, materials, challenges and even how to go from blueprint to final 3D Printed model. The workshop went quite well overall. I was worried that I had too much too talk about and not enough time! I just want to say, thank you to everyone who chose to attend my workshop! There were a lot of great questions during the workshop and even more afterwards. I had a great time giving the talk and hope to do it again soon!

After the workshop, we rushed to go and set up our booth. Apologies to Dr. Laura Hockaday for having to decline a lunch invitation! Laura gave a talk on 3D Printing Heart Valves during Day 2. She spoke about 3D Printing for Tissue Engineering, optimizing 3D Printing technology for heart valve bioprinting, 3D Printing for a custom bioreactor, using commercial rapid prototyping and the next steps for the field to advance. Such an amazing topic that I’m very sorry to have missed! 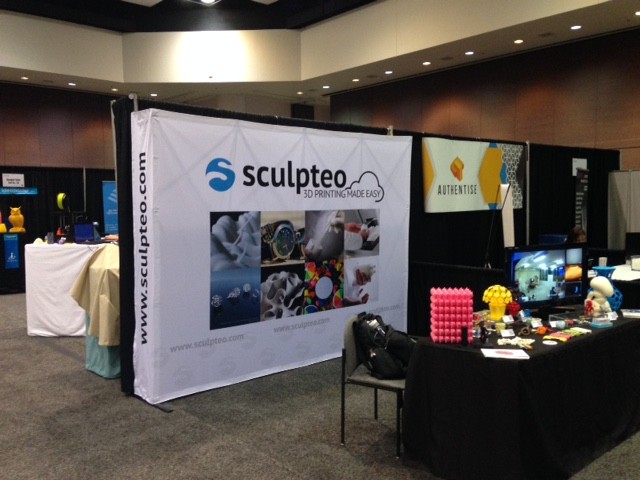 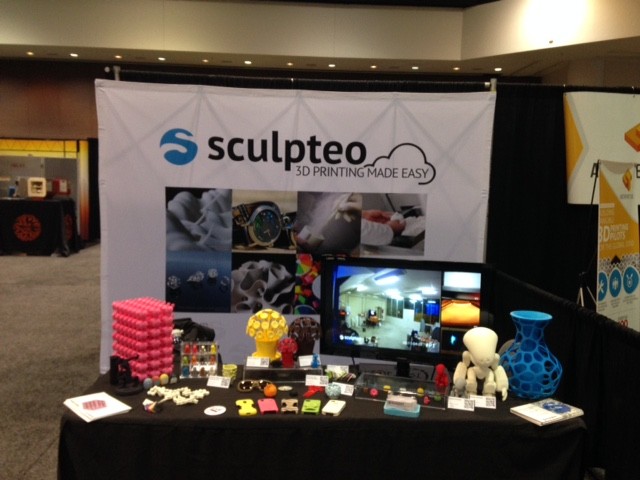 Back to the recap, we managed to set up the popup booth in less than 10 minutes. After grabbing a quick lunch next door, we attended the workshop being held later that day by Christina Westbrook of C Westbrook Designs where she took us through 3D Printing Jewelry from Idea to Item. She had on display a lot of items that she designed and 3D Printed.

Day 2: We arrived at the Santa Clara Convention Center and quickly set up our display of 3D Printed items in many materials. I think the brick of Pink Pigs stole the show and many people took photos or blogged about them! During the first day of the expo, we had many wonderful people visit us! Some were current customers, students, researchers, industry veterans and others who were just getting their feet wet in 3D Printing. It’s quite an amazing time to be apart of 3D Printing and I’m sure my excitement showed! Nora did manage to get away from the booth to attend the Maker Track where Karla Lopez of Authentise spoke on The Secret Sauce of 3D Printing Design Sales. She also talked about what it takes to build a successful marketplace and what people want to 3D Print as well as the challenges. Later that day, Nora also attended the Business & Investment Track where a Startup Competition was to take place among Tom Bielecki of PrintToPeer, Michael Golubev of 3DPonics, Shamil of Wiivv Wearables Company, Joe Inkenbrandt of Indentify3D, and Peer Munck of 3Discovered. They each gave quick 5 minute pitches about their business strategies, customers, challenges and the opportunities that lie ahead to a panel of investors. Exciting stuff (I can imagine) to be put in the ‘hot’ seat pitching to investors, Shark Tank style! FYI, Shamil of Wiivv Wearables Company won the Startup Competition!

Day 3: The last day was a short day for the expo. I saw many people who attended my workshop and were very excited about 3D Printing! Unfortunately, I didn’t have the time to venture out to see any part of the expo other than our neighbors. Nora did manage to sneak away from the booth (again!) to attend an Art Track being held by Jenny Wu, an Architect & Designer. Her talk titled Experimental 3D Jewelry Design was about her journey of creative expression from experimental architectural projects to her latest endeavor in fine jewelry creation using 3D Printing. She also displayed her items for people to see.

Back at the booth, we had many last minute visitors for the last day of the event. However, this was also the day that we had lost our beloved Red Robot. He can be seen in the initial booth pictures but when it came time to pack him up, he was no where to be found. Red Robot, wherever you are, we hope that you were given a good home! We miss you!