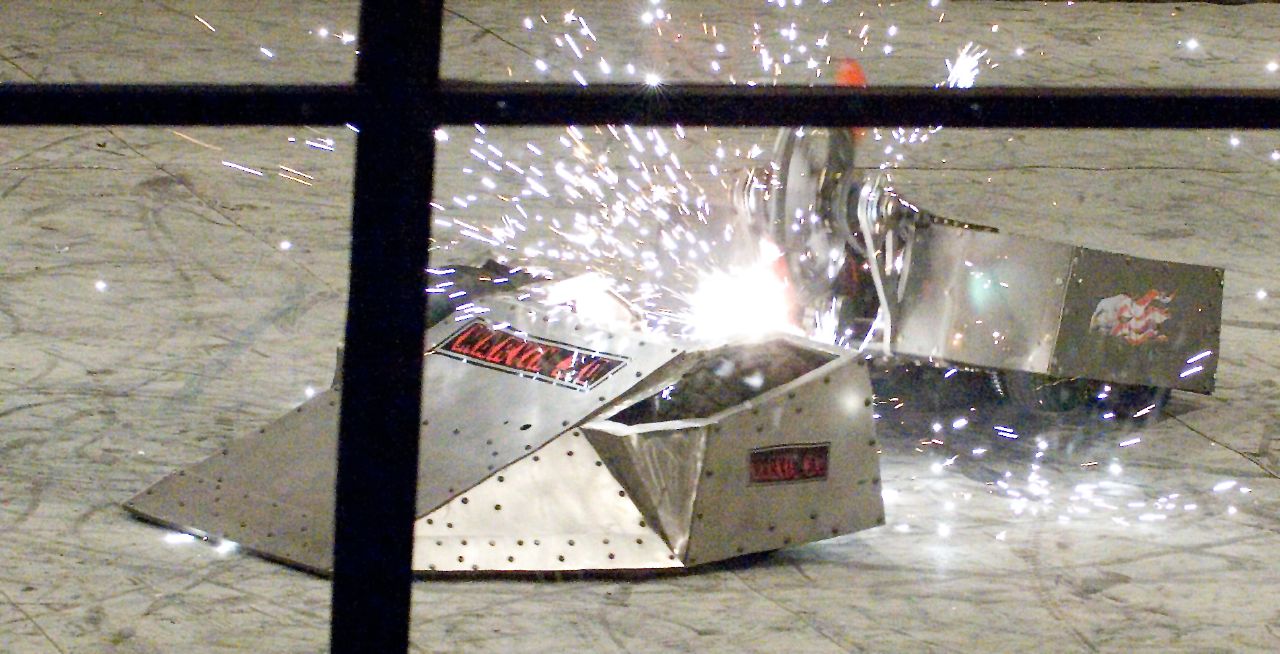 Robogames, AKA the Olympics of robot battling, is just around the corner – and Sculpteo will be there with prizes for the winners!

If you’re thinking about going to the Robogames this year now is the time to get your tickets. Using the Checkout Code “sculpteo” on the Robogames website, you’ll get $5 off your ticket price and a DVD preorder.

While you’re there you can meet up with some members of the Sculpteo team and see the awesome awards we’ll be giving to the victors. Feel free to stop by our booth and say hello as we cheer on the combatants.

For a little bit more about Robogames, it was started in 2004 to showcase all different aspects of robot competitions, from 220 pound combat robots fighting behind bulletproof glass to 25 gram sumo robots no bigger than a quarter. There are 56 different events in total, with such diverse competitions as humanoid robots that play soccer and do kung-fu, maze solving robots, hockey bots, and events with GPS guided cars that navigate outdoor terrains without any human control. RoboGames even supports STEM education with 7 different events just for kids under 18 to show their stuff. Each competition is treated equally in the end, with the same gold, silver, and bronze medals on the line – but robot combat remains the big draw. And how could it not, with 220 pound robots spewing flames, slamming 100 pound spinning blades into one inch thick armor, and flipping opponents into the air like they were nerf balls.

If all of that and $5 off tickets doesn’t excite you, you’ll also have the chance to meet Grant Imahara. You probably know him as one of the head Mythbusters personalities, well he also hosts the Robogames on a multitude of occasions. Check out the video to see what all of the excitement is all about.

Hope to see you there!