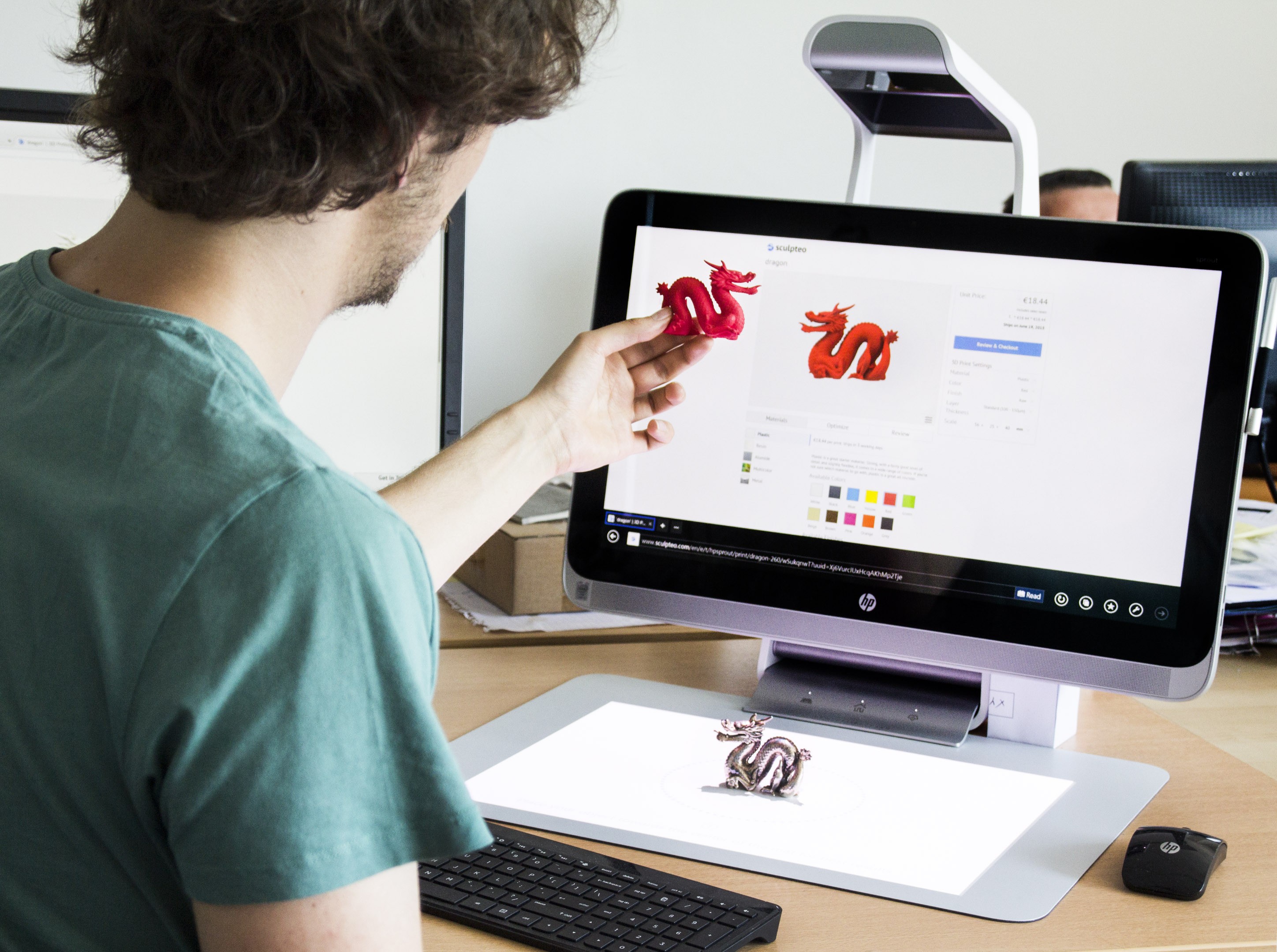 Today we’re proud to announce that all the Sculpteo features are directly accessible in one click from the computer, scanner and drafting surface of Sprout by HP.

3D printing has often been criticized for having a steep learning curve, used only by people skilled in CAD or willing to dedicate months to learn only the basics. This is an idea that we at Sculpteo have always fought, which is apparent when you use our platform; we aimed to bridge the gap between creating your model and holding a high quality low cost print in your hands. We believe that with the right tools 3D printing doesn’t have to be hard.

And HP made a giant leap forward when they introduced the HP Sprout to the market late last year. The HP Sprout is a desktop 3D scanning and imaging computer, HP goes even further by making the tactile and 3D capture-ready interface a new standard for professional creatives. Sprout gives creatives the chance to go from the digital to the physical and vice-versa.

“This is exciting for Sculpteo to take part in history and to be at the forefront of 3D capable computing for creatives and have our company lead the way as a trailblazer in the second industrial revolution. This is a watershed moment for our company as well as the 3D printing industry as a whole,” commented  Clément Moreau, CEO of Sculpteo.

We are very proud that we could be a part of bridging the gap between those who want to print but lack the time to learn how to model an object from the ground up.
Sculpteo’s features such as hollowing, thickening, & solidity check help you great the best possible prints from your scans on the HP Sprout; there are also 48 material combinations available to you which allows you to really customize your objects and get the most out of your HP Sprout. Leave your comments below, we’d love to hear what you think about this and what you’d like to scan.