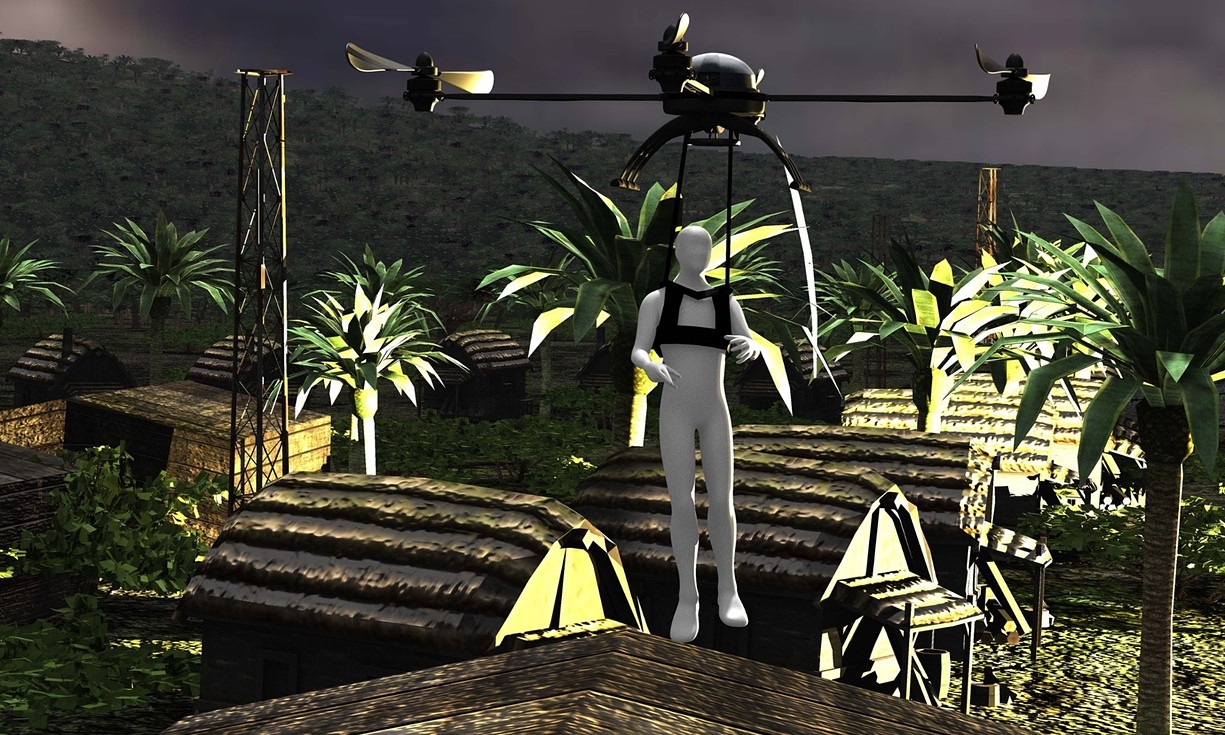 The evolution of Drones and 3D Printing are extremely similar, and closely linked. While it’s true that these technologies have existed for decades it’s only recently that their uses bloomed. Originally drones, or unmanned-aircraft vehicles, were mostly used for military purposes. Nevertheless their uses tend to widen in diversity as their cost decreases and their customisation options increase. Thus, the 3D printing technology allowing a new way to create and customize drones helps to democratize them, but how does 3D printing disrupt the industry and will this technology change the design or aesthetics of the drones?

If you know a little about the 3D printing world, then you are probably aware of the Poppy project, an open-source platform for the creation, use and sharing of interactive 3D printed robotics. The robotic knowledge combined with the 3D printed part production allowed every passionate person to 3D print and customize their own robot. This project has now reached a wide audience and is considered as a reference in the robotic field. 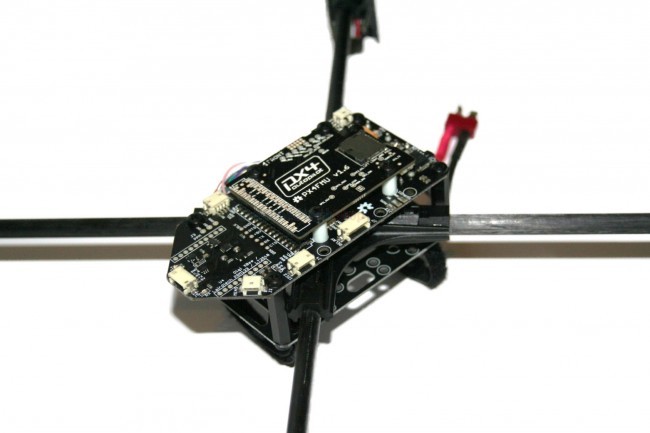 The same thing is happening with Drones. Different open-source software projects are blooming with the Dronecode project, the OpenPilot or the DIYDrone community. For instance, the Dronecode project aims to unify various software and hardware open-source platforms already existing to help the development and improvement of Drones. This project is based on two main open-source platforms: ArduPilot and PX4. ArduPilot had a huge success in 2007 when it was carried by the DIYDrone community, while PX4 is an open-source and open-hardware project. Although these projects are (for the moment) mainly dedicated to the software of Drones, we can hope that they will soon tend to a more complete version sharing both software code and 3D files to 3D print drones parts. The addition of an open-source platform and the 3D printing technology can lead to a democratization of drones, allowing more people to create their own customized drones. 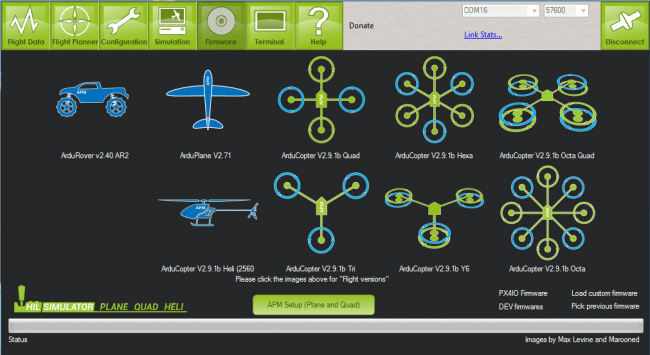 Why 3D printing technologies are actually relevant to print Drone parts?One could think, initially, that drone parts need to have very strong and resistant features and this may cause doubts about the technical properties of 3D printing. To highlight this point we are going to see two different experiences of creating a drone using 3D Printed parts. The first one is a company called Hexadrone, which commercially sales drones created with 3D printed parts. The second example is a drone created by the U.S Department of defense.

When they thought about the design of their drones, Hexadrone had to take into account the authorized limit to fly in town of 4 kg. It is this constraint that represented a problem for them to take on aboard a high quality movie camera and led them to look for a solution to create a made to measure structure. This structure in order to be efficient needed to be made with a really light material. So they found the best solution with 3D printing and the material polyamide weighing 0.9g/cm3. Then 3D printing appeared as a relevant technology to help to conceive Drone’s design and iterate from there. If you want to discover more about Hexadrone story, you can read their testimony here. 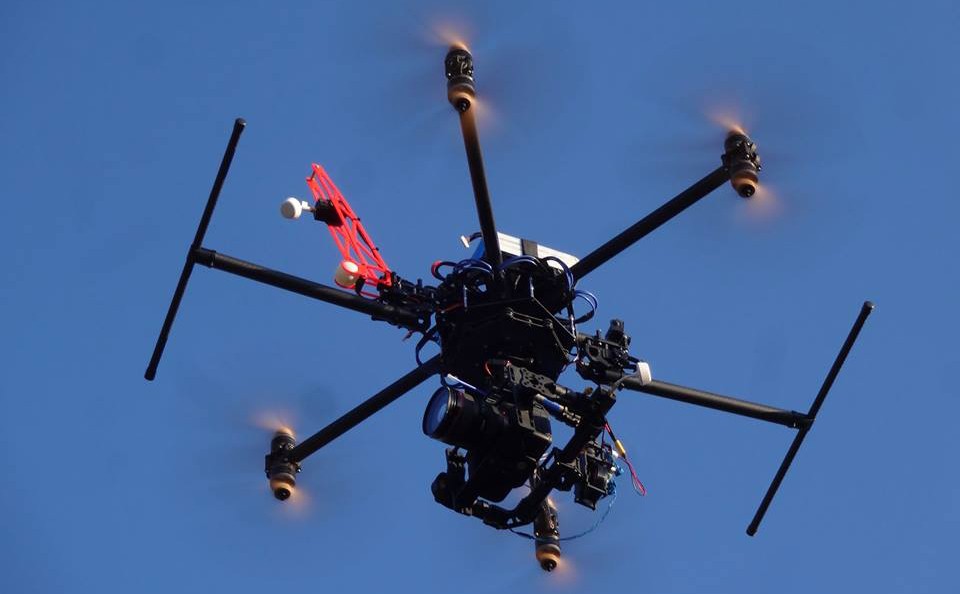 Also, in the meantime that Drones uses are diversifying, it is important to make them more adjustable. Indeed, if you intensively use a drone on a mission you need it to be easily repairable. Due to its mobility, 3D printing is perfect for fulfilling this need. During military missions for example, there is a high risk that the Drone will crash or may need a design adjustment,  with traditional manufacturing process these situations implies stocks and a risk to lose money and precious time. But with 3D printing these issues are overcome. The Research team at the University of Virginia who created a Drone that can be printed in a little more than a day for just $2500. This project is a telltale example of why 3D printing is made to improve Drones the design can be reprinted, modified easily in different sizes and can be made to carry a camera, or to fly faster. Also the fact that you can just print another one if your drone crashes, helps to banalize the use of it during missions and make it more common.

The democratisation of the drones can extend the uses of them in different industries. As Amazon’s drones aim to take in charge the last miles of shipping, other industries consider them to improve some steps of their supply chain.

For example Easyjet wishes to use drones in the  security check process by the end of 2016. In a nutshell, two drones from each side of the plane will scan it with x-ray to create a 3D rendering of the external form of the plane to check it. This process would take 30 minutes to validate the security status of the plane, while it takes more than 10 hours for Easyjet teams.  Ian Davies, Director of Engineering at Easyjet, made an interesting point about the switch from man to  machines  regarding this process.“The idea is not to remove the human from the process but rather to help him not to miss out on important aspect which need to  accuracy  precision that only drones can provide.”

3D printed parts will be used in this project, notably with innovative materials to print fuel injector or carbon filters. Also, thanks to 3D printing technologies the components would not need an assembly step and as a result  would have better technical features.

But how can 3D printing totally disrupt Drones ?

Well, the recent and future innovations of 3D printing in electronics can give us a hint. The development of 3D printers for electronic circuits such the Nano Dimension’s DragonFly 2020 PCB printer, a highly accurate and versatile inkjet deposition system for printing professional multi-layer circuit boards let us foresee the possibility of fully printed drones without assembly and even printer drones able to heal themselves. For ex ample, the drone would be able to print any parts it needs to repair itself.  It’s what BAE scientists forecast for 2040.  Indeed BAE Systems claim that “ 3D printers could be so advanced by 2040 they could create small unmanned aircraft.” 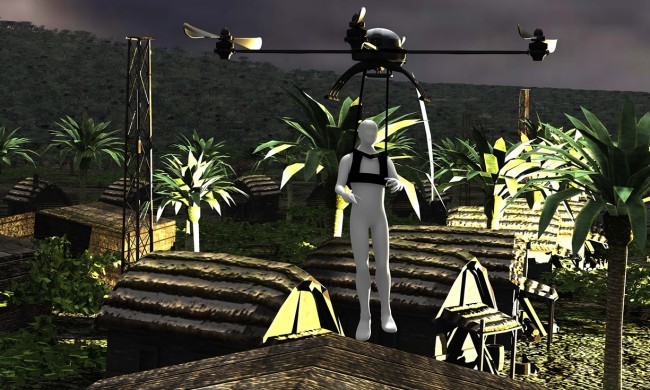 These unmanned aerial vehicles (UAV) could then potentially be used as a group of wide-winged aircraft for protracted or enduring surveillance or as rotary-winged UAVs to rescue single civilians or soldiers from dangerous situations”. These printer drones could be “the ultimate adaptable taskforce, with a lead aircraft able to enter any unknown scenario and quickly manufacture an effective tool set for any task”.

Eventually, 3D printing and Drones are linked by their parallel evolutions. The more 3D printing materials become resistant, the technology gets faster and the printers mobile, the more Drones design improve, offering new possibilities of uses. So if you want to start to create your Drone, have a look to our dedicated page to see how you can 3D print it !