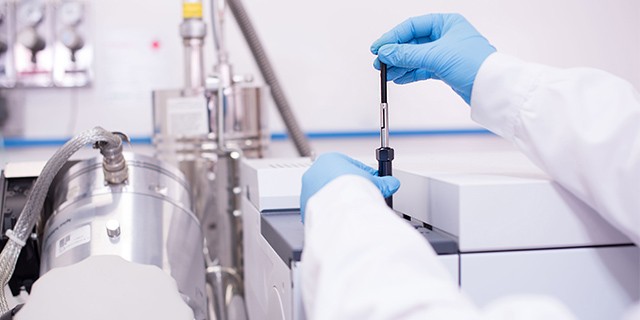 Bioprinting: when will you get a 3D printed organ?

This is no secret, 3D printing has been a major factor of innovation for many industries and sectors (actually, it’s difficult to think of just one that hasn’t been impacted). In our weekly review of the different industries impacted by 3D printing, we already went over the medical sector but with no specific focus on bioprinting and the future of 3D printed organs. To right this wrong, this post is dedicated to the most exciting projects related to bioprinting. First thing first, what is bioprinting?

Like every 3D printing technologies, bioprinting is an additive process in which a machine is adding successive layers of – in this case – biocompatible material by adding successive layers of both cells and supporting material. That way the machine itself is able to build complex living tissues in 3D. While this could mean a great leap forward for the whole healthcare industry in the long run, there are today two short term focuses.

The first one is the ability to create on demand body parts by growing customized bones and other devices that can be incorporated to the human body. This market, situated at the border of bioprinting as we defined it (the 3D growth of living cell) and regular biocompatible 3D printing, already amounts for over $500 million in 2014 according to Wohlers Associates.

While the second “hot topic” is to be able to deliver tissues that can simulate how human tissue would react to drug or surgical interventions. In a second time only, this industry will try to create fully functional organs. Quite like 3D printing has been a prototyping technology only in its early years, bioprinting is still mostly used to prototype and develop new treatments. by producing tissues…but it might become a real “bioproduction technology” one day.  Companies like Organovo are already engaged on this path and are selling living tissues to scientists willing to determine the action (and toxicity) of different drugs on liver tissues.

When compared with regular 3D printing, bioprinting of living tissues adds a lot of complexities. Particularly, the different combinations of biomaterials and livings cells that can be developed and grow are intricate matters in which many different skills are at play, from engineering to biology and physics. Now that we understand what bioprinting is about, here are a few promising companies and projects that we are aware of so far.

Organovo is probably the most well-known company of the bioprinting business, mostly because it has been covered extensively in the press (in 2010 TIME Magazine awarded it the Best Innovation prize) and because it’s one of the rare 3D printing only company offering public stocks. The company itself is not selling its 3D printer but instead offers a bioprinting service (using a technology called NovoGen MMX) for pharmaceutical labs. Its main goal today is to help them create new drugs more efficiently with the minimum amount of tests on living beings.

The machine itself follows the overall working process we described earlier. It uses cells and grows them until they’re dense enough to create a “bioink”. From there, the bioink allows the bioprinter to shape tissue according to a script. To this day, the company successfully printed its first liver cells and kidney tissue. It also has many different partnerships with giants of the drug and cosmetic industry (like  along with the most prestigious universities.

Second on our list, we find the EnvisionTEC system for bioprinting. In opposition to Organovo’s strategy of providing a service, EnvisionTEC (already one of the largest providers of regular 3D printers for DLP technologies) decided to sell the 3D bioprinter. Based on a technology developed by the Freiburg Materials Research Centre in Germany, the 3D Bioplotter is powered by different materials that can be delivered by three to four extruders: soft hydrogels, polymer, ceramics and metals. The bioprinter is targetting scientists willing to create scaffolds in sterile environments. Its price is relatively similar to other high-end professional 3D printers: roughly $200.000

Still in the high £200.000, the solution offered by the Switzerland-based company RegenHU is somehow similar to EnvisionTEC’s one. The bioprinter works with a wide range of materials, from hydrogels to cells, in order to allow the creation of complex proteins.

It allows researchers to pattern cells, biomolecules and a range of soft and rigid materials in desirable 3D composite structures in order to mimic biomimetic tissue models.

For $10.000 the company BioBots offers a desktop 3D printer able to create living tissue. Last year, the company was an SXSW finalist startup and gathered a lot of interest around itself. Its device, the BioBot 1 bioprinter uses a pressure extrusion system printing a wide range of hydrogels, such as agarose, collagen, alginate, and polyethylene glycol. While extruding, some blue light and UV light technology are used to cure the material without harnessing the cells.

The specificty of the company is that it launched a very exclusive Beta program to bring top researchers across the world to use their bioprinter. The company’s CEO, Danny Cabrera said that they already count the MIT, Penn, Stanford, and Columbia as their clients. The BioBot 1 was officially launched on September 8th.

Finally, if you’re looking for a great recap of what one can do with bioprinting, this infographic realised by Organovo and Printerinks will get you up to speed:

Infographic on Bioprinting done by Printerinks in collaboration with Organovo.