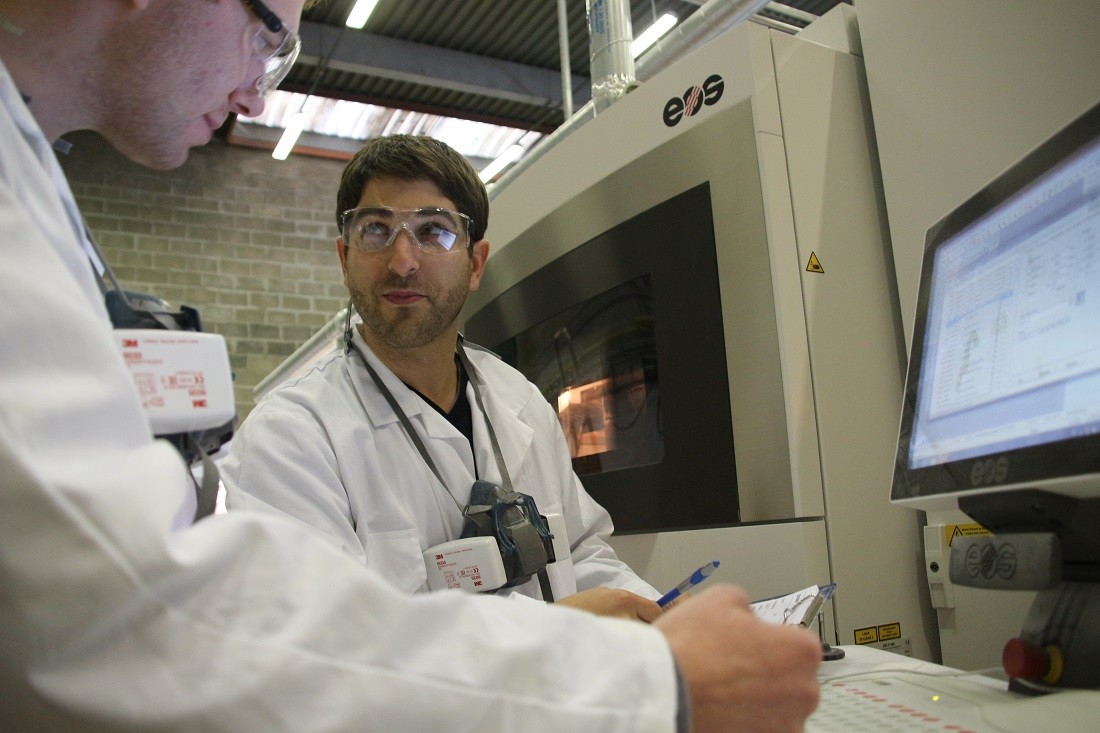 Whether it’s your 1st upload or your 150th upload you can never be “too well-informed”, that’s why we sat down with our 3D printing experts to chat about the technical mechanics of running a 3D printing factory. Matthieu, in France, and Josh, in the US, are giving us their views on their job.

We’d like to introduce you to Matthieu Sausse,  the Operations Manager in our Villejuif factory (France), and Josh Jacobson, the Operations Manager for the San Leandro, CA factory here at Sculpteo. We chatted with both Matthieu and Josh about everything from how they heard about Sculpteo to the most important skill in working in the Villejuif and San Leandro factories.

Josh’s background is in composites manufacturing, he is the former CEO of Viktorian Guitars and they created carbon fiber electric guitars in Denver, CO. When Viktorian decided they wanted to experiment with 3D printing technology they started with some components of the Viktorian guitars before partnering with 3D Systems to create 3D printed guitars. In the process of researching 3D printed for components for his guitars Josh learned about Sculpteo, and that’s when he familiarized himself with our process and service.

Matthieu is originally a material engineer. Seing the development of additive manufacturing,  he decided to add another string to his bow and began a master graduate in additive manufacturing. He joined Sculpteo in parallel to his master and started worked on several printers to become specialized in the process.

We asked what running a 3D printing factory is like

Josh described a typical day working in the factory as follows “Typically in the mornings we unpack the jobs that have been printing overnight, which means that we take them out of the powder and let them cool for a few hours, then we clean them off with sandblasters. This removes all the loose powder. We then put them through polishing or dying (which ever the customer desires), when that’s completed we bring them to the validation station to make sure that the quality control is in place. And lastly, we then set them up with logistics and shipping to get them to the customers as quickly as possible.” 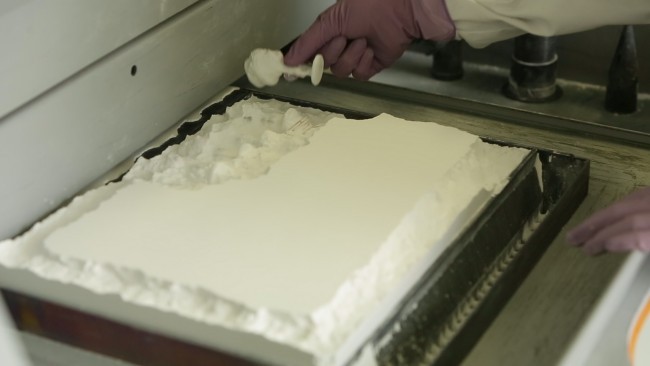 Josh stated that the skill he uses most in his job is actually people skills, “We have a great team here and it takes a lot of different moving parts to make this operation run the right way.” He went on to say that having people with the right attitude is extremely important along with having the ability to wear multiple hats, Josh says that he is often doing shipping and logistics and the techs and operators are also often doing things things that are not explicitly in their job description. Josh stated that “being a Jack of all trades is another really important skill”.

We are going to start another hiring process in both Villejuif ,France, and San Leandro, CA factories now. If you are interested in learning more about the open positions make sure to keep an eye on our website. We will be announcing our open positions this month.

Matthieu’s answers are not that different from the ones from Josh, and he describes a typical day like that: “The hard part of the job is to work on several processes at the same time and make sure everyone meet the deadline. At the end of the day, packages are shipped and everyone must have completed his tasks. Typically we first post-process the parts available. Then we prepare the next job on each printer by preparing the files, cleaning the printers and do some maintenance if need be. We make sure that the printer is fully used and that the parts are sent ASAP to the customer.”

On the skills he’s using the most, Matthieu is clear. “Adaptability is the most used skill in Sculpteo. We organized the production with batches, the operators are in charge of their batches, and the technicians of their printers.”

Curious about the key differences between the U.S. factory and the France factory?

We asked Josh after returning from the France factory only days prior what are the key differences between the France and U.S. factories if there are any, and his response was “The U.S. factory is still very new and we have an opportunity to start from the ground up, learning from the lessons that France learned the hard way. We can use their wisdom and experience to apply it to our new facility. That’s probably the biggest difference.
We’re also able to get our products to our US customers quicker and cheaper now that we don’t have to ship internationally anymore.” 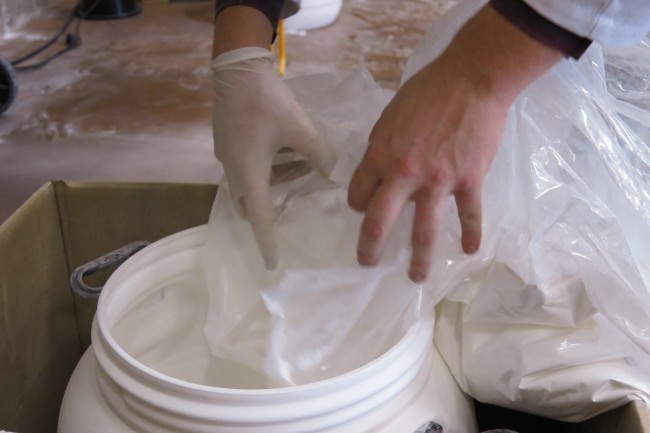 Matthieu’s thoughts are once again shared: “While the processes are obviously very close in each of our factory. The background of the two factories is completely different, and they weren’t set up the same way. The France factory team knew the processes from the beginning, because the factory has been developed with them. The US factory developed their skills with this knowledge sent oversea.”

Key struggles or difficult tasks in working with the 3D printers

Josh says that one of the more difficult tasks that has come up while working with the 3D printers has been “Really understanding what will make the machine operate with the best performance and on the flip side of the coin is learning the hard way what makes these machines crash. That’s the most difficult task of running this factory. Figuring out how to orient customer’s parts in an optimal fashion so that we can ship parts when customers expect them to ship.”

A large part of the job that is done also concerns the analysis of the data to understand why a machine will or won’t go through with a job. Understanding the importance of each factors brings the risk of having a crash down. For Matthieu: “SLS is a hard process because very sensitive to maintenance. A machine crash is really important to prevent. The issue is that all the crashes look the same, and that makes the analysis really difficult. Rigor is the main word in that work.”

Key advise for customers: we asked Josh and Matthieu “In your opinion what’s the number one thing that could improve a print’s quality that users are not doing?”

Here is Josh’s reply, “It really comes down to modelization, I’ve seen some really great models where people really understand how parts are printed using SLS technology. But then there are some people that don’t quite get it for example there are instances where you have to connect parts within your model so that they are not lost in the powder. So I think modelization is the number one thing that needs to be improved.” 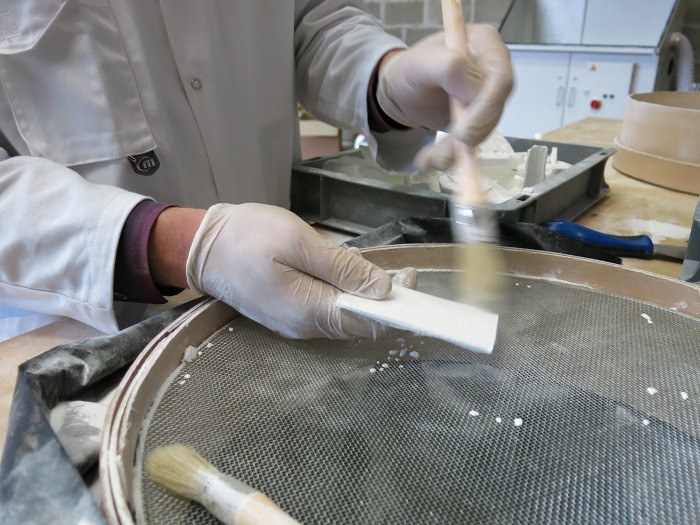 Matthieu is even more direct. If you want to have your part printed at Sculpteo, you need to avoid packing several objects in the same design or you need to use our “multi upload tool” accordingly. “Avoiding to pass an order for an item that is in fact two items is a good way to avoid any trouble during production. Our new uploading system allow people to transfer 3D file with multiple items in it. You’ll just have to select the right parameters to tell us that it’s in fact a set of different objects.”

Josh’s view of 3D printing technology in the future

We asked Josh “Where do you see Sculpteo’s 3D printing factory in the future” and here is his reply: “We’d like to continue to expand into the B2B space, we’re seeing a lot of businesses that want to do small batch runs right now of production orders, and we will continue to see that grow in the next couple years. 10 years from now there will be an exponential growth in demand within the B2B sector.”

“New technologies and new processes will show up in few months, and we’re really excited to be part of it and to be able to experiment with it. This means several things for us. We are able to keep a great knowledge on the different novelties in the industry, while growing our offer as a service. More than just a 3D printing farms, the people at Sculpteo inside the factory are gathered precious knowledge about 3D printing. Personnaly, I’m a huge fan of the SLS 3D printing technology. Every material can fit our customers needs and their mechanical properties (alumide, polyamide and TPU)”