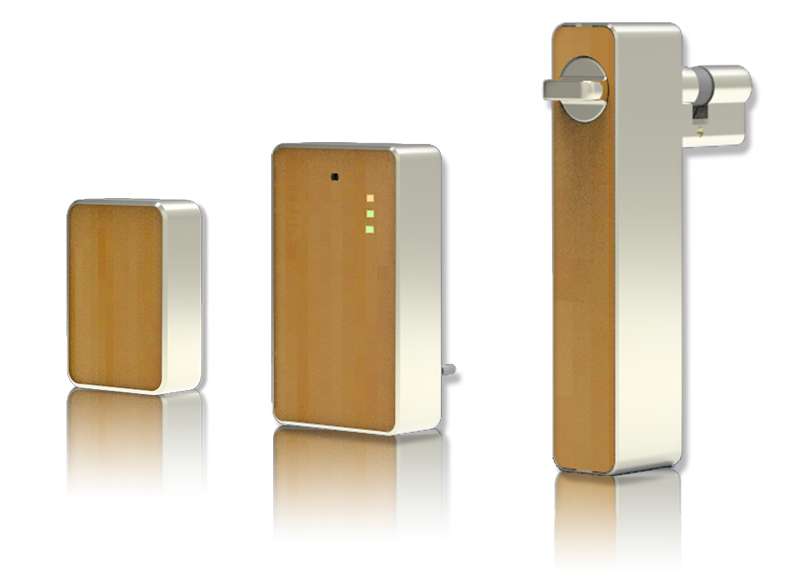 Connected devices are everywhere and when it’s not about your quantified self, your bike or your car, it definitely is about your home. The rise of those new products has been allowed by an easier access to prototyping technologies and the fact that the documentation to industrialize a product is now widely available on the web. Once again this year, CES was the demonstration that smart trackers and connected devices have a bright future with companies from all over the word coming to Las Vegas to present their latest creation. Specialized in the data security, the company GEMECOD introduced the IKILOCK, a new smart lock for your doors and your building doors. We sat down with Jacques Leneveu, CTO and Founder of the company, to understand how 3D printing played a central role in bringing the product to life.

Since a few years now, we are seeing more and more projects and companies that offer a new way to interact with your locked doors. The trend is so noticeable that Wired published a while ago a post about the five best solutions for smart locks. Imagine that instead of always looking for your keys you could just tap your phone on the door of your apartment to open it. Even better, you could activate virtual keys so that guests (friends or Airbnb) could also get in. This way of managing doors is already here and not reserved to five star hotels any more.

Founded in December 2015, GEMECOD introduced the IKILOCK which aims at proposing the most secure solution out there for smart locks. Over 6 years, Jacques Leneveu, founder of the company, matured the project until he found the right team and the resources to make it happen. The company now composed of 4 persons presented the latest version of its product at CES 2016. Three engineers worked on the project to determine the best way to first prototype and then industrialize the product. Before presenting it at CES, the team came up with three different versions of the product. 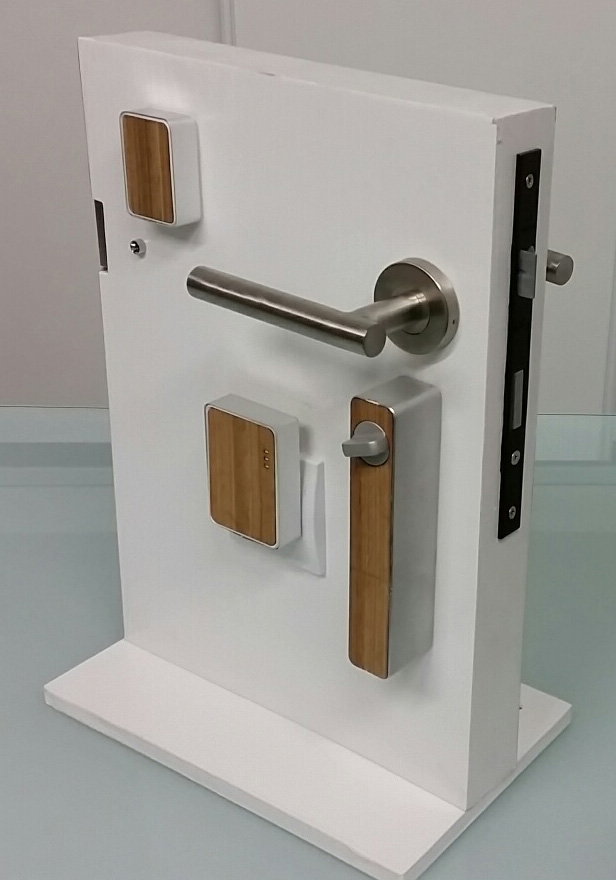 The IKILOCK presented at CES 2016 mounted on a door section

Which prototyping techniques were used?

Manufacturing, whether it’s a prototype or a finished product, is not the result of one manufacturing technology. On the contrary, it’s a blend of different manufacturing methods. The team at IKILOCK used both 3D printing and CNC machining to create their prototype. 3D printing mainly helped them with the parts they needed in plastics, while CNC machining was useful to create the metal framework of the object. (a quick look at our guide to find the right rapid prototyping technique might be useful to understand the differences)

Depending on the precision and resistance needed for the parts, Jacques Leneveu favored different 3D printing technologies. The parts that needed less precision and could allow for a rougher surface finish were created in our polyamide plastic material.

The finest parts were made with a technology called Polyjet and 3D printed in resin.

“I knew from the beginning that 3D printing was the right technology to produce some of our prototype’s parts. I first discovered 3D printing back in the early 90s when I was working at Schneider Electric. Sure at the time it was questionable whether additive manufacturing was the right solution each time. But now I don’t see any reason why one would prefer other prototyping technology when creating simple plastic parts”, says Jacques Leneveu.

For the electronics, the team prototyped a lot of it using on-the-shelf components that were easy to find and to assemble. However very specific and miniaturized components required too much precision to be assembled in house and the company had to turn itself to other partners.

What did the team won by using 3D printing?

All in all, prototyping with those technologies allowed the team to cut the time for product development by a solid year. The three different prototypes would otherwise have asked for the creation of a basic polyurethane mold or for CNC machining. Both are also giving great results, but they are generally more expensive and take more time.

Jacques Leneveu states “I think that using both 3D printing and CNC machining together allowed us to realized the prototypes in a matter of months. In the past, developing a full functional prototype could take up to a year. When you mention that we did three of them before finding the right form, fit and function factors…it would have taken us ages”. 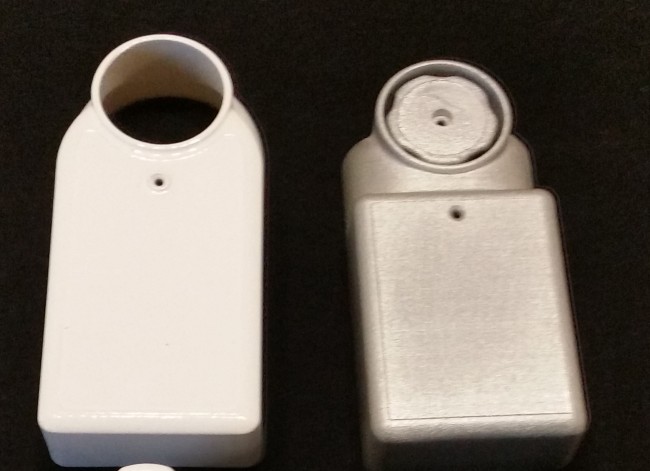 The first version of the IKILOCK design

The major upside for the team was in deed that it could test all three form, fit and functions factors in record time. Of course, the design of the IKILOCK played an important part, but 3D printing is now so precise that the CAD files hardly need changes before being industrialized through other manufacturing techniques. “Between 3D printing and the simulations that you can access through mechanical engineering software, there is very little to change once you have the final prototype. This is a big comfort when working on the industrialization of the product. Everything is almost there and it’s all about finding the right partner”.

For the company the right partner is located in France as the founder is convinced that IKILOCK should be a Made in France product. After the presentation of the first prototypes at CES 2016, the company has now a year to meet all the challenges that come with industrialization. To learn more about the product, discover their presentation video.