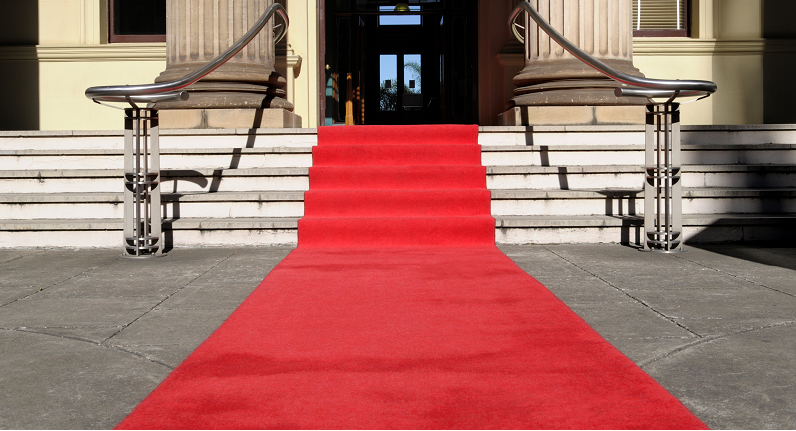 Today additive manufacturing (AM) is a major player in the arts & entertainment industry. Every year AM steps forward into the spotlight a little bit more; it has changed the way costumes, props, and movie sets are built not to mention prototyping for our favorite electronic devices. Movie studios, and fan clubs have created action figures and other memorabilia using 3D printing technology because it’s the best choice for for short series manufacturing. We are going to take you on a journey today, as we discover how award winning entertainment such as movies, TV, and electronic devices are changing with the help of 3D printing.

Let’s first start at the beginning: How are CGI and 3D modeling different? And when was 3D printing introduced?

3D models represent a physical object using a collection of points in 3D space, those points are connected by various geometric entities such as triangles, lines, curved surfaces. 3D models are widely used throughout 3D graphics, and actually, 3D graphics was used long before the invention of the personal computer. Today, 3D models are used in a wide variety of fields, today we will focus on the Entertainment Industry which, if you are interested in other industries make to to visit our industry page for more options. CGI or Computer-generated imagery is the application of computer graphics to contribute to images in art, printed media, videos, and simulators. Visual scenes created with CGI may be dynamic or static and they can also be 2D or 3D. The evolution of CGI led to the emergence of virtual cinematography in the 1990s. In the mid-to-late 2000’s 3D printing began revolutionizing the movie industry in the very same way that CGI changed the industry; movie studios and special effects artists are now able to use 3D printing to make concept models, and full-size props, set-pieces, and costumes.

CGI designs, both 2D & 3D, are brought to the physical world and this has impacted the entertainment industry greatly. Through the marrying of CGI and physical objects manufactured with additive manufacturing movies now have less obvious editing transitions. The human eye can tell the difference between CGI and real physical objects, this is one of the reasons why additive manufacturing technology is revolutionizing the movie industry. We have an interview with props master Russell Bobbitt, he has over 20 years of movie & 3D printing experience and his work can be found in Tim Burton’s Planet of the Apes, Iron Man and Iron Man 2, Kenneth Branagh’s Thor, The Hangover or Cowboys and Aliens. And he’s the man behind the iconic illuminated chest piece that Robert Downey Jr. has in the Iron Man trilogy.

VisiSonics leverages world-class scientific discovery to add a third dimension to the sound we all hear over headsets, bringing 3D sound to gaming, virtual reality, and entertainment meaning both movies and music platforms. The headset is described as being able to “recreate the auditory ambiance of the environment, creating a complete immersive audio experience” they also describe on their website that the RealSpace 3D audio headphones have “pin-point accuracy, creating the perception of real source direction, distance, depth, and movement relative to the listener and all of this can be heard through standard stereo headphones”. VisiSonics’ developed the proprietary science-based algorithms and hardware giving the listener the experience of actually being present in the scene. And we are proud to say that these headphones were iterated using 3D printing services from Sculpteo.

At Sculpteo we are convinced that 3D printing is going to increase in the world of gaming, for more information on projects that we have been a part of associated with gaming check out our Pixel Art inspired by 8-bit video games.

Laika is an American stop-motion animation studio specializing in movies and commercials. They are based out of Portland, OR and are best known for their stop-motion feature films, Coraline, ParaNorman and The Boxtrolls. The studio created the aesthetic for an Oscar nominated animated feature film called “Anomalisa” this film makes use of Laika’s rapid prototyping techniques, which use 3-D printers with color-uniform results to create interchangeable faces and expressions for the puppets used in their stop-motion animation.

Laika studio was actually presented with a Scientific and Engineering Award at the Academy of Motion Picture Arts and Sciences’ Scientific and Technical Awards on February 13, 2016. They were recognized and celebrated for bringing 3D printing into stop-motion animation, which enabled to revolutionize character expressiveness, facial animation, motion blur and effects animation all thanks to how they use 3D printing technology.

However Laika is not the only movie studio to utilize additive manufacturing to create movies, Aardman Studios has used the technology in the past to create their feature film “Pirates”  which featured a range of characters and a set all created with 3D printing technology. Many of Aardman Studio’s previous films were created using Plasticine but the problem with Plasticine is that the more detail you add, the easier it was to smudge, so they decided to correct this issue by using 3D printing instead. It was used to create hard mouth replacements for the characters: the animation took the initial clay sculpts, removed the heads, cleaned off the hair and scanned them using a 3D scanner – taking them into Maya to prepare the models for 3D printing.

Legacy Effects formed in 2008 have produced special effects for Robo Cop, Pacific Rim, the Iron Man series, and Avatar with the help of 3D printing and Sculpteo shares something in common with Legacy Effects, we both utilize Carbon 3D printers. To learn more about the Carbon print and Clip technology we suggest this article “Introducing the Carbon 3D printer and CLIP technology“.

Although it’s with a different additive manufacturing technique Sculpteo celebrated the anniversary of the movie “Back to the Future” by teaming up with Universal Studios to offer our French customers their very own 3D printed and customizable Delorean. For more information about this project check out the article “Universal and Sculpteo celebrate 30th anniversary of Back to the Future…”

3D Printing in the Arts

Kadet Kuhne describes herself as a “visual and sound artist who generates synthetic stimuli as an investigation of subjectivity through systems of control and technological mediation”. Kadet’s works have been presented nationally and internationally at select venues such as the Museum of Art Lucerne, de Young Museum, Museum of Contemporary Art Los Angeles, Contemporary Art Center Villa Arson, Antimatter Film Festival, San Francisco Arts Commission Gallery, Krowswork, LACE Gallery, Crossroads Film Festival and Highways Performance Space and Gallery. Kadet uses 3D printing to create prints of sound waves, and lithophanes  from 3D printed still photos. Lithophanes are wonderful introduction into 3D printing, the first step to complete is to turn your 2D image into a 3D image which you can do by following these steps. 3D printing is changing arts and entertainment, and if you would like further information on how they are changing make sure to visit our page dedicated to the entertainment industry.