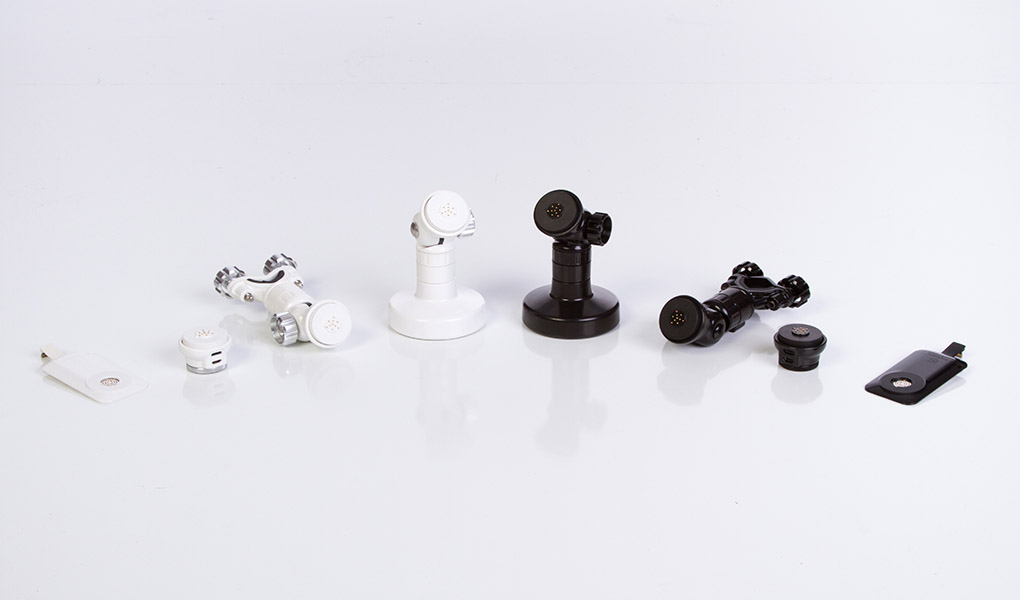 As you probably know last week at Sculpteo we introduced our Carbon Pilot Program, and with it we released photos, videos, and related news articles which included quotes from Sculpteo’s CEO Clement Moreau and Carbon’s CEO Joseph DeSimone. Today we are going to highlight our very first tester for the Carbon 3D Pilot; he is the Founder/CEO of MagTarget and this is his Sculpteo success story.

Jean-Michel Thiers is an engineer and entrepreneur in Silicon Valley, you might recognize his name and/or the name of his company from our “Sculpteo presents Carbon 3D” video (which you can find below). Yes it’s true that he was the first person to step forward and offer his feedback when we were testing our new Carbon printer, but what we haven’t told you yet is Jean-Michel needed it later that week to show his distributors.

Jean-Michel Thiers (JMT) has nearly 20 years of engineering experience, which includes working for Yamaha Motor Company as their Senior Development Engineer, he also has a formal education in Mechanical Engineering from the University of Buffalo in New York. He created 7 patents after receiving his BSME degree and has gone on to receive certificates in various engineering categories. Today he is the CEO/Founder of MagTarget, a wireless charging system for your smartphone and tablets. It securely holds your device with no clips and no clamps. It wirelessly charges your devices without plugging the phone into anything. No wires on your phone or tablet! The MagTarget team have been working for two years and gone through hundreds of prototypes to achieve the development of their patent pending technology that allows you to simply attach a Target Ring to your device (with or without cases), and touch to charge. 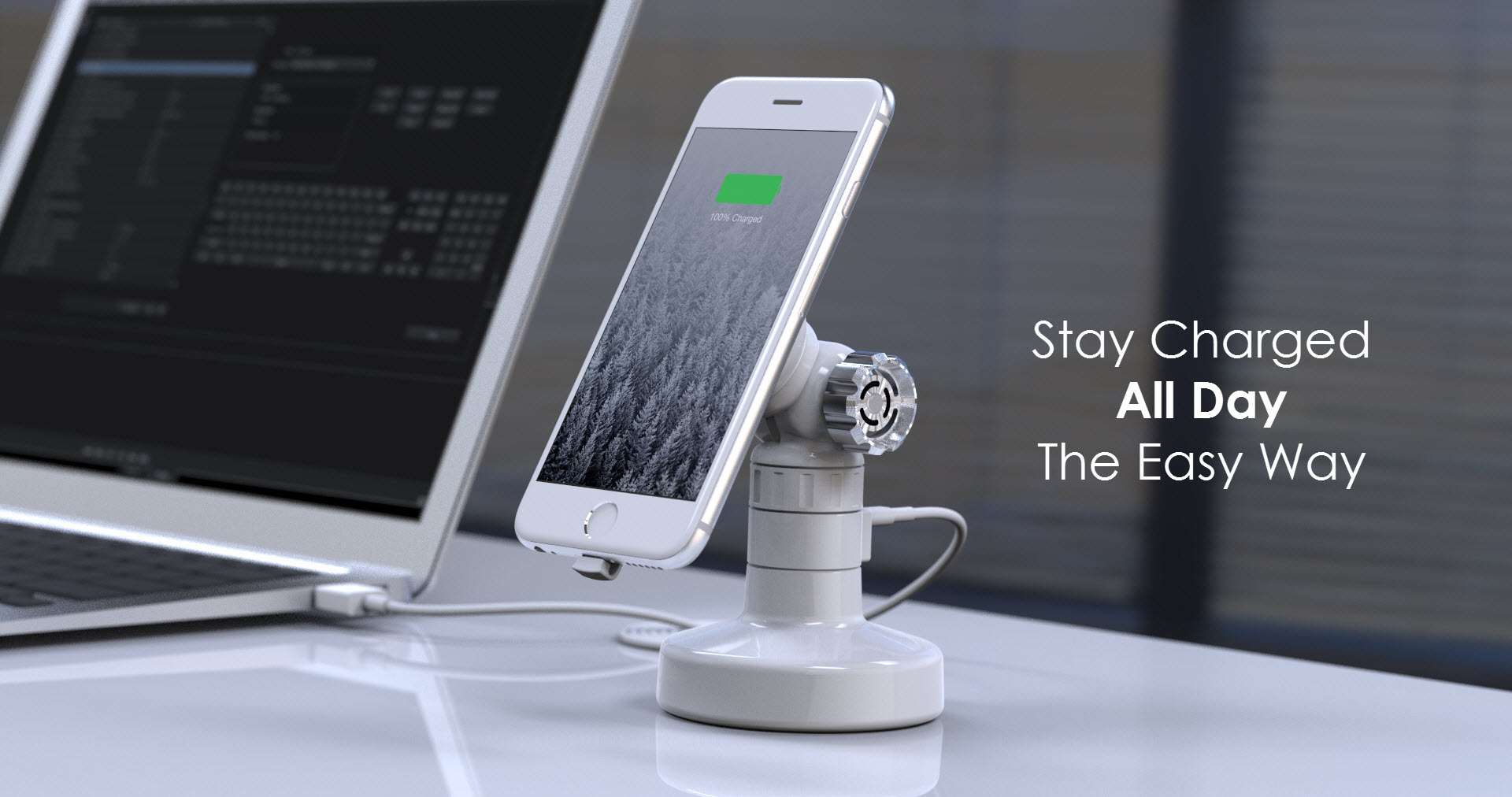 At Sculpteo we are very fortunate to have so many of our customers identify themselves as engineers and entrepreneurs, because it allows us to reach out to them to test our materials, and our technology, we can also receive their feedback and implement it almost immediately. That’s why when this experienced entrepreneur let us know he wanted to use our Carbon printer to create the most recent iteration of his enclosure and that he needed to bring it to his distributors later that week, we couldn’t resist, we knew that utilizing a mechanical engineer to test our materials, speed and technology would be the best stress test that we could have.

“Being an engineer in the Silicon Valley is great because you get the sense that everything is right at your fingertips, and that gives you a drive to keep moving forward. You might have neighbors or friends who are entrepreneurs that achieve great success, and you have access to the same resources they have”.

How & Why Jean-Michel is the perfect first tester for Sculpteo’s Carbon 3D printer:

When I asked JMT what it’s like to be an engineer and entrepreneur in the Silicon Valley he replied: “Being an engineer in the Silicon Valley is great because you get the sense that everything is right at your fingertips, and that gives you a drive to keep moving forward. You might have neighbors or friends who are entrepreneurs that achieve great success, and you have access to the same resources they have”.

As a busy entrepreneur JMT needed to receive great results, and he needed it delivered quickly, we accepted the challenge because this is more than half of our users. Our users are entrepreneurs and engineers with an aim to sell their parts or showcase them at trade shows, we stepped up because if we could achieve this entrepreneurs goal we knew we’d not only set him up for success with his distributors but we’d set ourselves up for success as well by meeting our key demographic’s needs.

Parts area available in both black and white

Dealing with Distributors, and making the right move

According to JMT, entrepreneurs who work with distributors are commonly working within a very tight schedule. Distributors will often tell the entrepreneur that they want to fit a product into their catalog with very little warning. This is exactly what happened in our engineer’s case, his international distributor wanted to add a product to their catalog but they needed final samples from him by the end of the week.

That’s where Sculpteo comes in. The file was perfect for SLS, in fact JMT had already printed this item using our SLS technology (and with his own modified FDM printer as well) for quality control. His interest in Sculpteo’s Carbon 3D Pilot Program was to receive a very precise and detailed rapid prototype so that he could create a silicone mold. And on top of that he needed it done quickly, to have enough time for the steps that would come after. 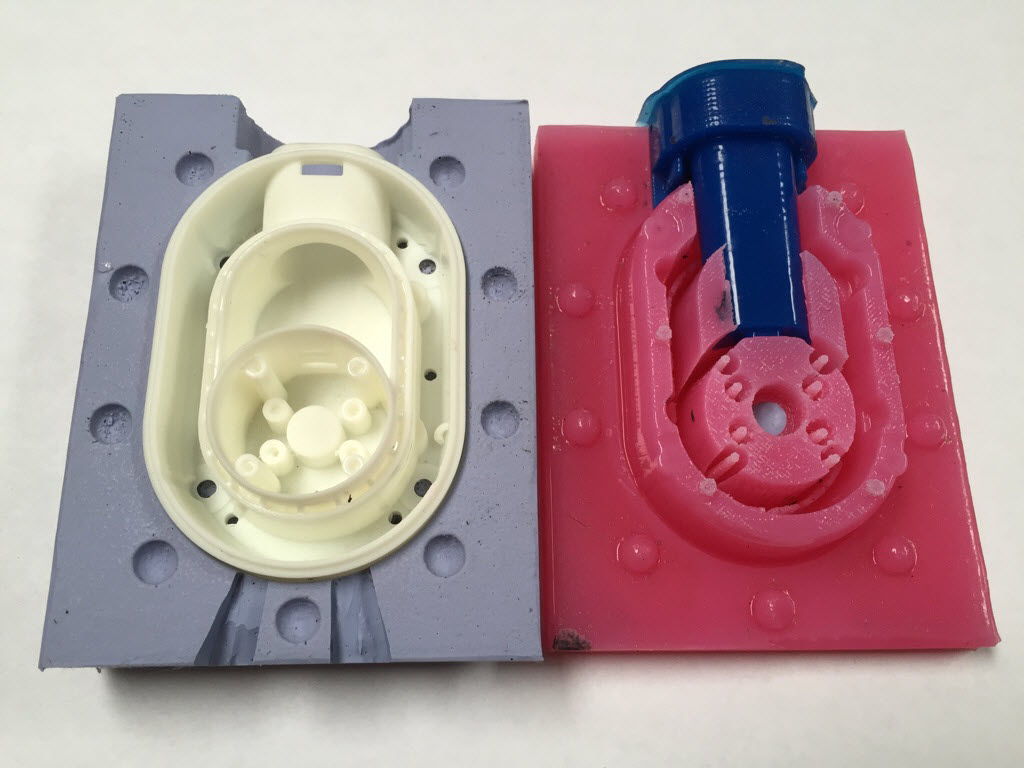 Behind the scenes: Silicone Mold for the Sculpteo printed rapid prototype with the Carbon 3D Printer

Sculpteo is proud to say that this challenge was met, and in our video “Sculpteo presents Carbon3D” you will be able to hear that JMT agrees. Our user’s success is the most important and driving factor for us, and we encourage engineers and entrepreneurs to reach out and utilize our tools, features and our services for themselves.

If you’re an engineer seeking online groups dedicated to mechanical engineering news and forums we recommend the links below: