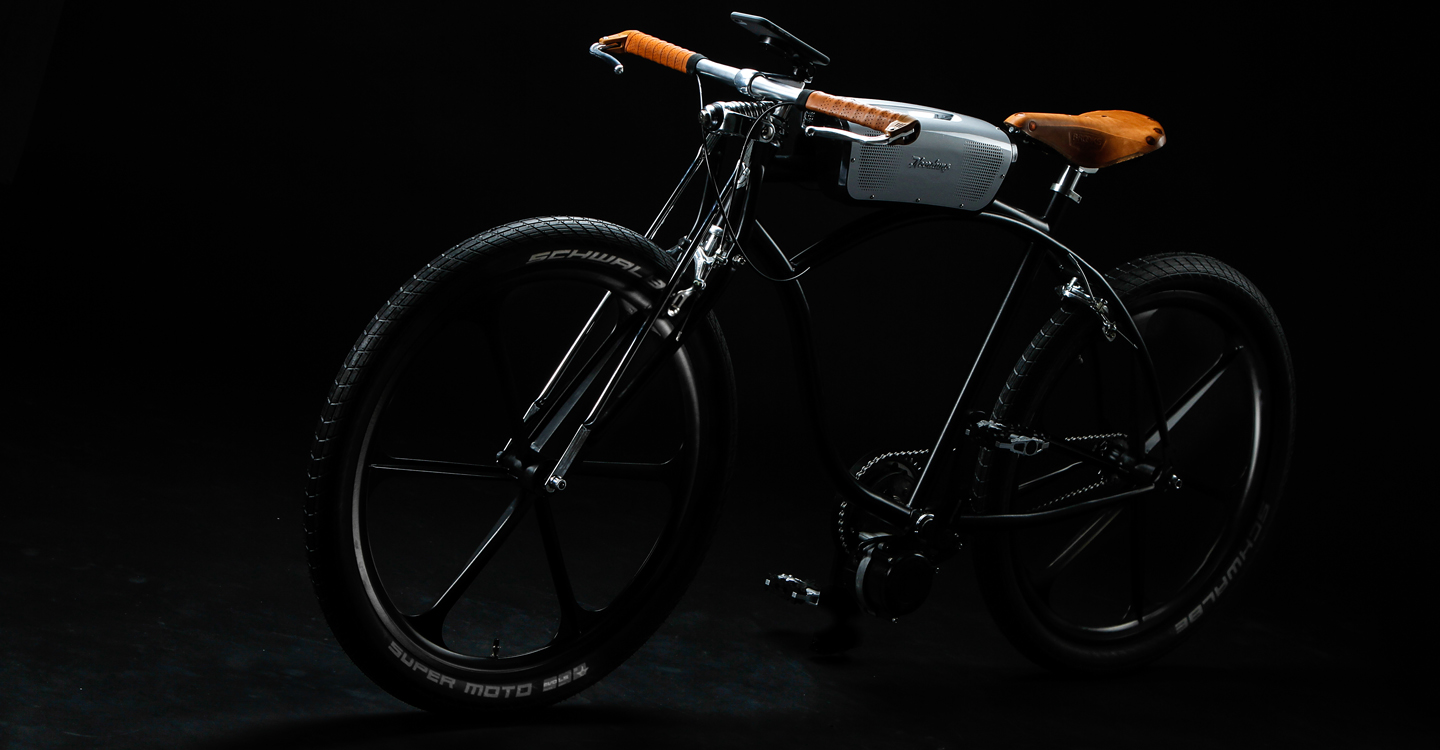 In Europe more than 20 million bicycles are sold, and more than half (around 12 million) are produced in countries within the EU. The European bicycle industry employs more than 70,000 jobs in more than 600 small or medium enterprises.

Noordung recently shared their press release with us and informed us (and their social media following) that Sculpteo was very important in their process. CEO and founder Gregor Fras wanted to launch their prototype N-01 which you can see pictured below by April 2016 and yesterday Gregor and his team introduced the world to the first electric bike that marries both sleek design, music and safety.

We have seen many changes in cycle safety, but typically they involve changes to road design, protective devices such as helmets, education and training for cyclists and drivers, and visibility methods such as street lighting and/or reflective devices worn by the cyclists. According to the 2015 European Commission Report “Road Safety in the European Union” released March 2015 it states that “In total, cyclists make up 8% of all who die on the road in the EU.” But when we take a look at cycling fatalities broken down by country we see that countries like Denmark and Netherlands report 17% and 24% respectively. In the past years the fastest growing category within the biking industry is the electric bicycle or EPACs (electric power-assisted cycles), and Noordung saw this as a unique opportunity; according to Gregor “Biking represents freedom from our youngest years, and we want to upgrade that with the joy of listening to music. Today music on bikes is mostly listened to through headphones, but this is extremely dangerous, it lessens the perception of the surroundings.”

So, what’s different about this bike?

Gregor and his team at Noordung decided to hack the design of the tradition electric bike by putting at the heart of their bike a sleek powerbox which houses not only mechanisms necessary to make the electric bike move, but it also includes an integrated sound system which can be used to play music from any smartphone devise using BlueTooth. They refer to it as the “powerbox”. Due to innovation of this idea, it’s only natural that Gregor would seek out innovative ways to create their urban bike, and that’s when he reached out to Sculpteo. Gregor learned about 3D printing about 5 years ago; he saw it in the media and it struck him as a great option for prototyping and iterating. And he’s right! The most affordable way to test a prototype is with additive manufacturing, and because the price point of their product will be higher than traditional electric bikes currently on the market they opted to use a professional 3D service vs purchase and use an FDM printer. 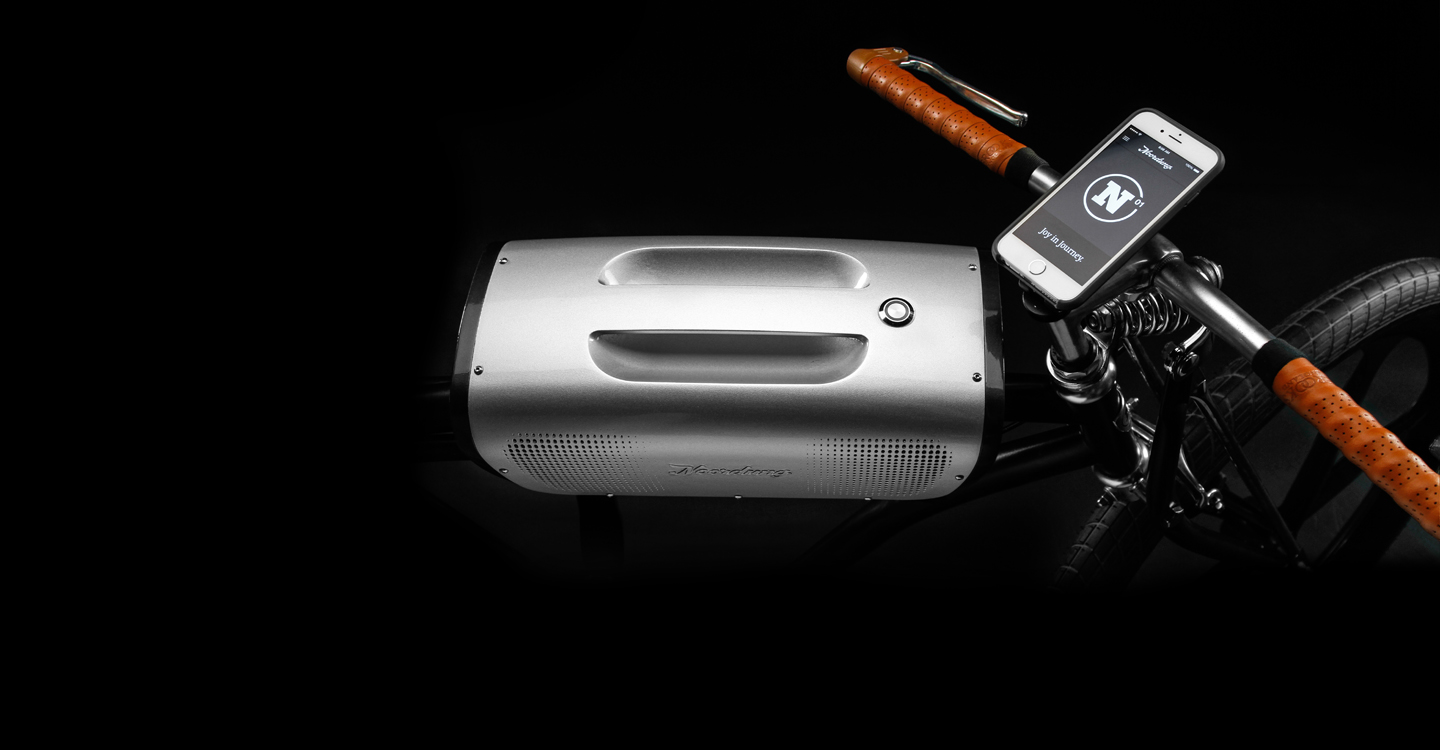 Additive manufacturing is GREAT! Prototyping with 3D printing is fast and relatively inexpensive. I think the future of crafting new products lies in 3D printing. We absolutely love Sculpteo service design! Great website, smart updates, unbeatable delivery times. Sculpteo will be without any doubt our reliable partner for future prototyping which is in front of us.

Noordung states that they are the first to address the user experience of listening to music while biking in an appropriate way. Gregor jokingly states “the Noordung idea can be compared to Tesla meeting dr. Dre”. The prototype for the Noordung “Powerbox” was created in both white plastic and black plastic with SLS technology, however with the final prototype the powerbox was manufactured in carbon and aluminum. For more information about the project you can visit Noordung’s website. And for more info about how to start prototyping your project with Sculpteo’s services take a look at our services. 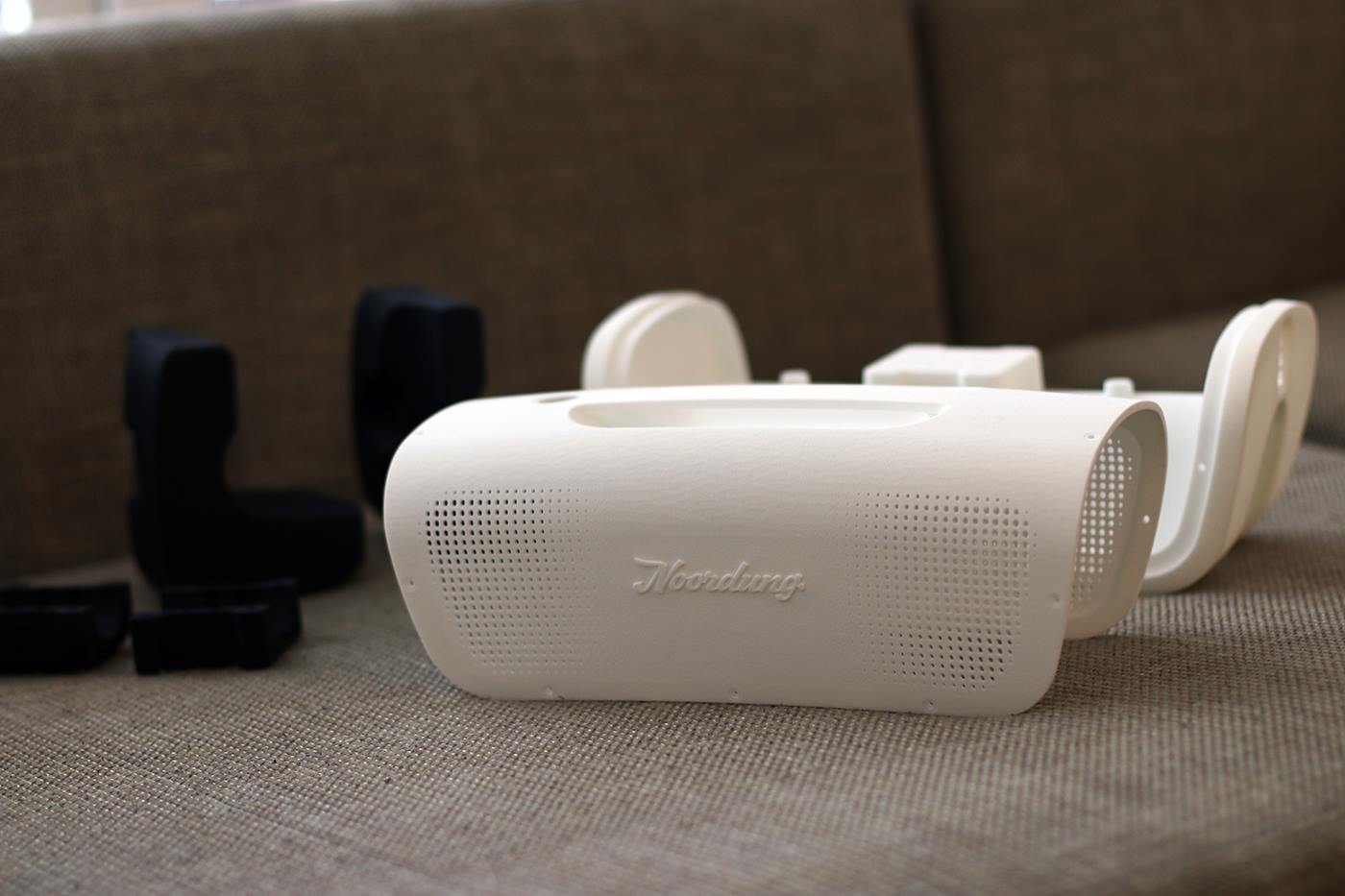 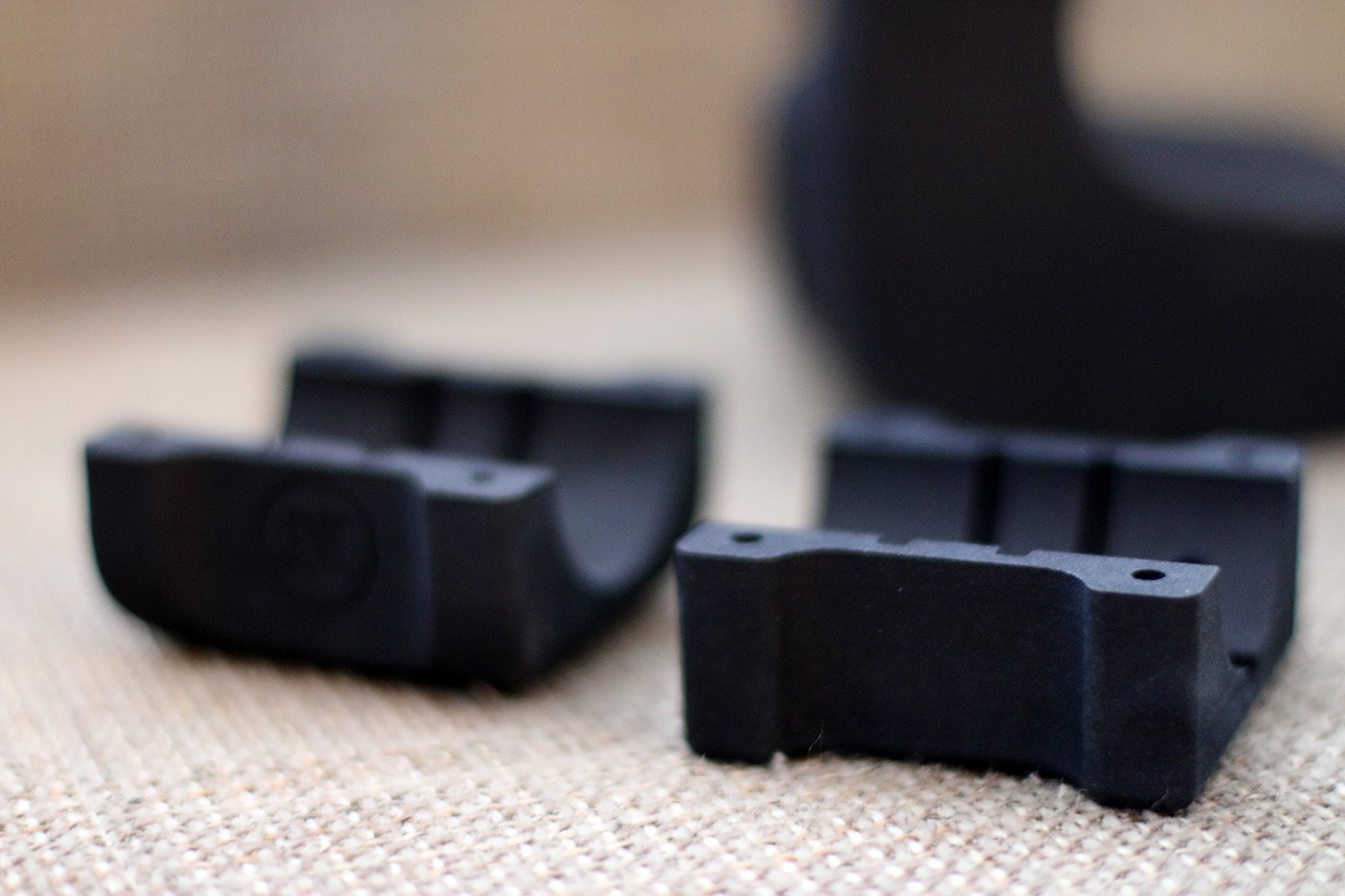 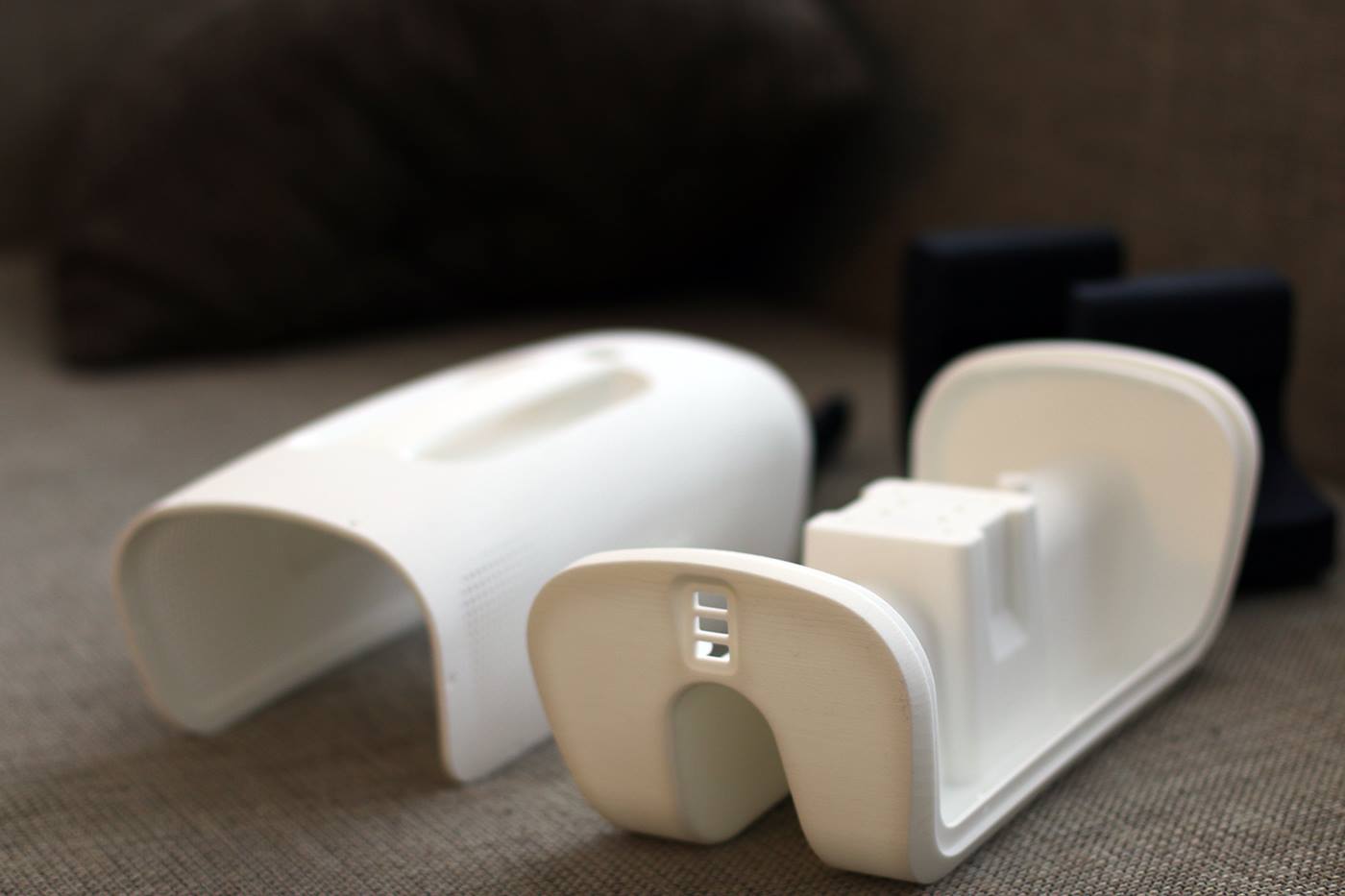 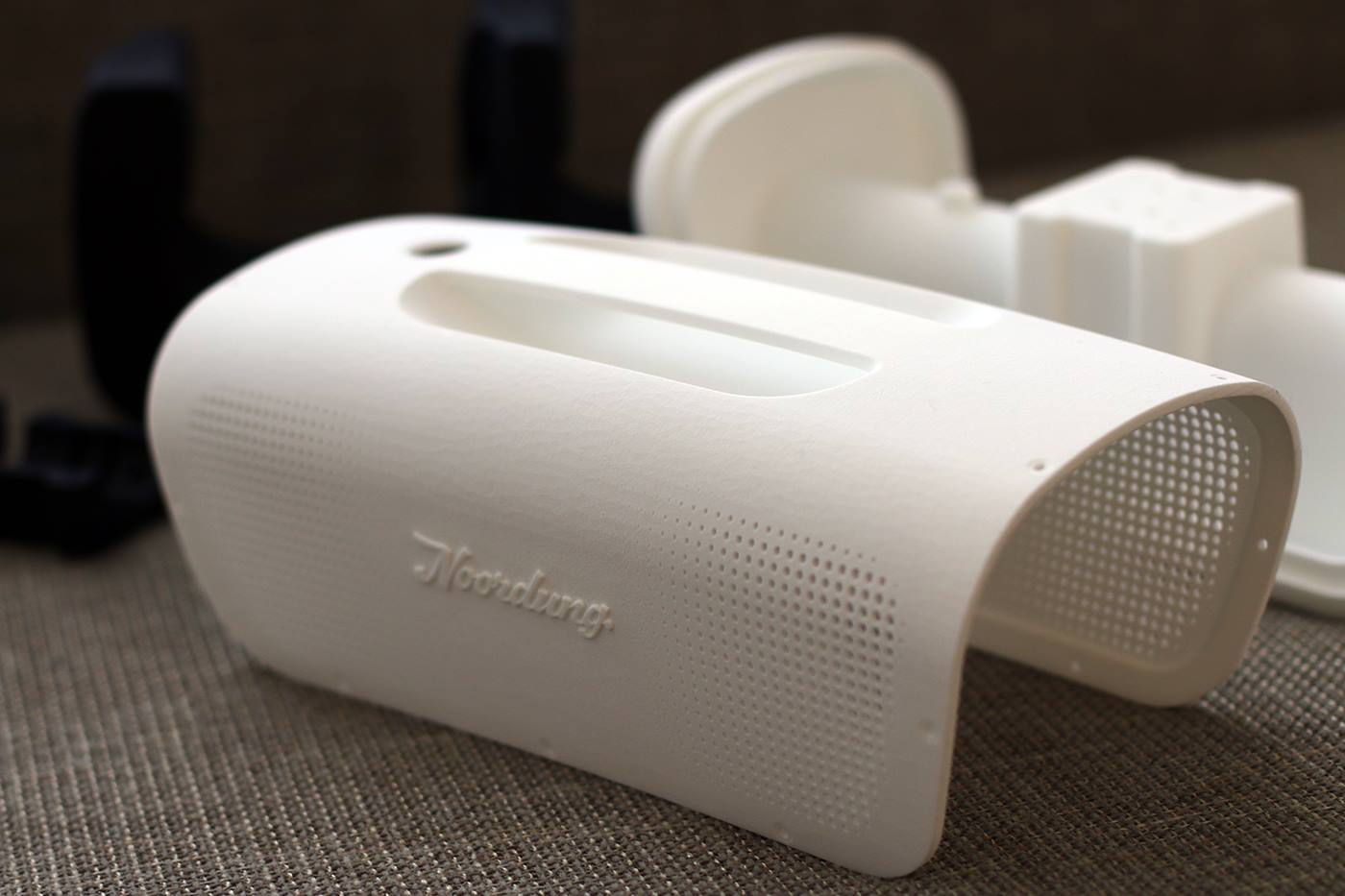