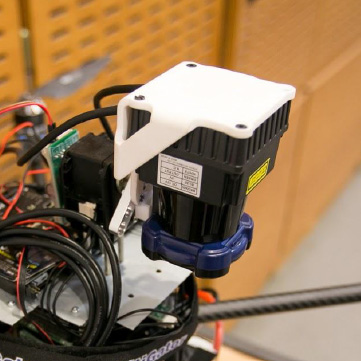 The drone industry knows it well, making drones is becoming more and more about the features. With aircraft capable of flying on long distances, at incredible heights and always carrying more loads, the real deal is to have drones that can take care of specific tasks for precise applications. With this idea in mind, the team behind Jarriquez decided to build a drone that can generate 3D maps on the go so that it’s able to find its way with minimal human intervention. The goal is to make a drone that can move in an autonomous manner in dangerous areas or zones that are difficult to access. They used the power of 3D printing to develop one of the key components of their drone.

Jarriquez is a fully autonomous exploration drone, capable of generating maps, without light constraints in hostile or inaccessible areas for humans. During his missions, it is also able to establish high-quality 3D plans that can be used for simulations. 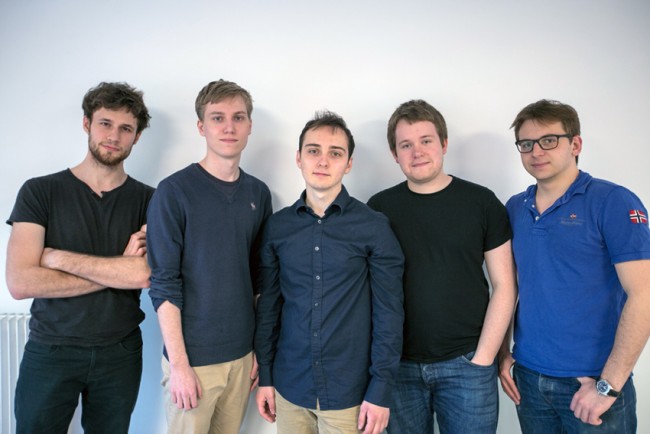 The drone can, therefore, be used to:

The technical choices behind Jarriquez

The team decided to go on with a quadcopter geometry for its drone. The goal was to have an aircraft that can carry a little over 1 kilogram of payload with more than 10 minutes of autonomy. The drone embarks all the systems required for the flight (chassis, flight controller, engines, propellers), but also a computer, a wireless communication module and a laser that provides high precision for mapping 3D.

The whole drone was first modeled in 3D using Solidworks to make sure that every component could be integrated into the final real version. It was a time-consuming step, but it ended up being a good help to minimize iterations on the overall design. The crucial part that was 3D printed required two iterations thanks to this process. 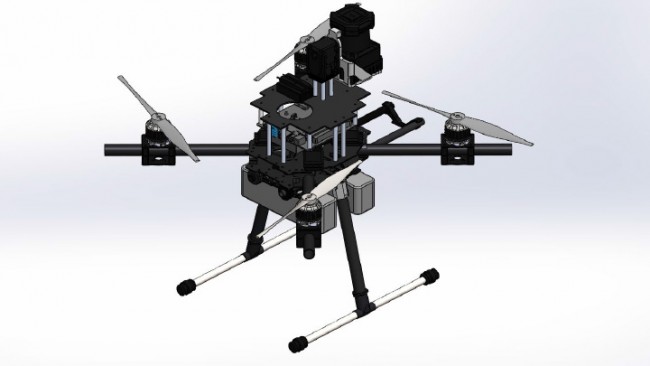 CAD drawing of the Jarriquez Drone

This particular part was critical for the team as they needed a solution that couldn’t be found on the shelf. They decided to embark a LIDAR sensor that would offer the drone the possibility to detect elements that are meters away. To adapt the sensor on the drone, the team decided to materialize the part they designed with 3D printing.

Using Sculpteo’s 3D printing service, Jarriquez ordered a first 3D print of the piece in resin. They found out that the geometry of the design wasn’t optimal and that the material itself should be stronger if it had to hold the LIDAR sensor. For their second 3D print, the team turned to our polyamide material in white.

“Polyamide made sense for two reasons. It is a material that has enough strength to support important part, but that remains flexible so that if stress is applied to the part it doesn’t break. And since we’re fyling a drone, the fact that it’s light helps too.” says Mathieu Agostinucci.

What did the team won by using 3D printing?

All in all, most of the components were picked because they were available right away and easy to find. What 3D printing changed for the team is that when a solution didn’t already existed for them, it was very easy to develop the CAD drawing and have it ready in a few days. For the LIDAR sensor, it was critical that the part could offer the largest possible detection by not blocking the laser in any way. 3D printing helped to offer an innovative design for the mount.

“Our solution integrated a LIDAR sensor that could have been used for many different devices. Attaching it to the body of the drone in the proper way was essential for the feature to work. 3D printing gave us the possibility to do it in a record time and at a very reasonnable price. The beauty of it is that it’s working today for a LIDAR sensor but we could add many other things to the drone and each time make its use more specific”, adds Mathieu Agostinucci

The major upside for the team was indeed that it could test all three form, fit and functions factors in record time. As showed by other Success Stories about drones (Hexadrone, Sweep, or Blue Robotics), 3D printing is a big help for startups and projects that are looking for manufacturing solutions that can provide them with a few parts up to a few hundred. 3D printing helps evacuate key manufacturing problems in such cases as it offers parts without the complexity of industrialization. 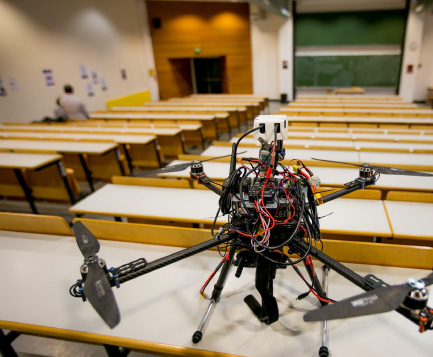 Jarriquez Drone with its 3D mount for the LIDAR sensor

Thanks to this critical mount, the drone can perceive its environment in 3D and find navigable routes in real time. Using the three-dimensional models created from the laser and various sensors, the drone landmarks in space and moves then independently. The onboard computer calculates in real time the most appropriate way to complete the mapping.