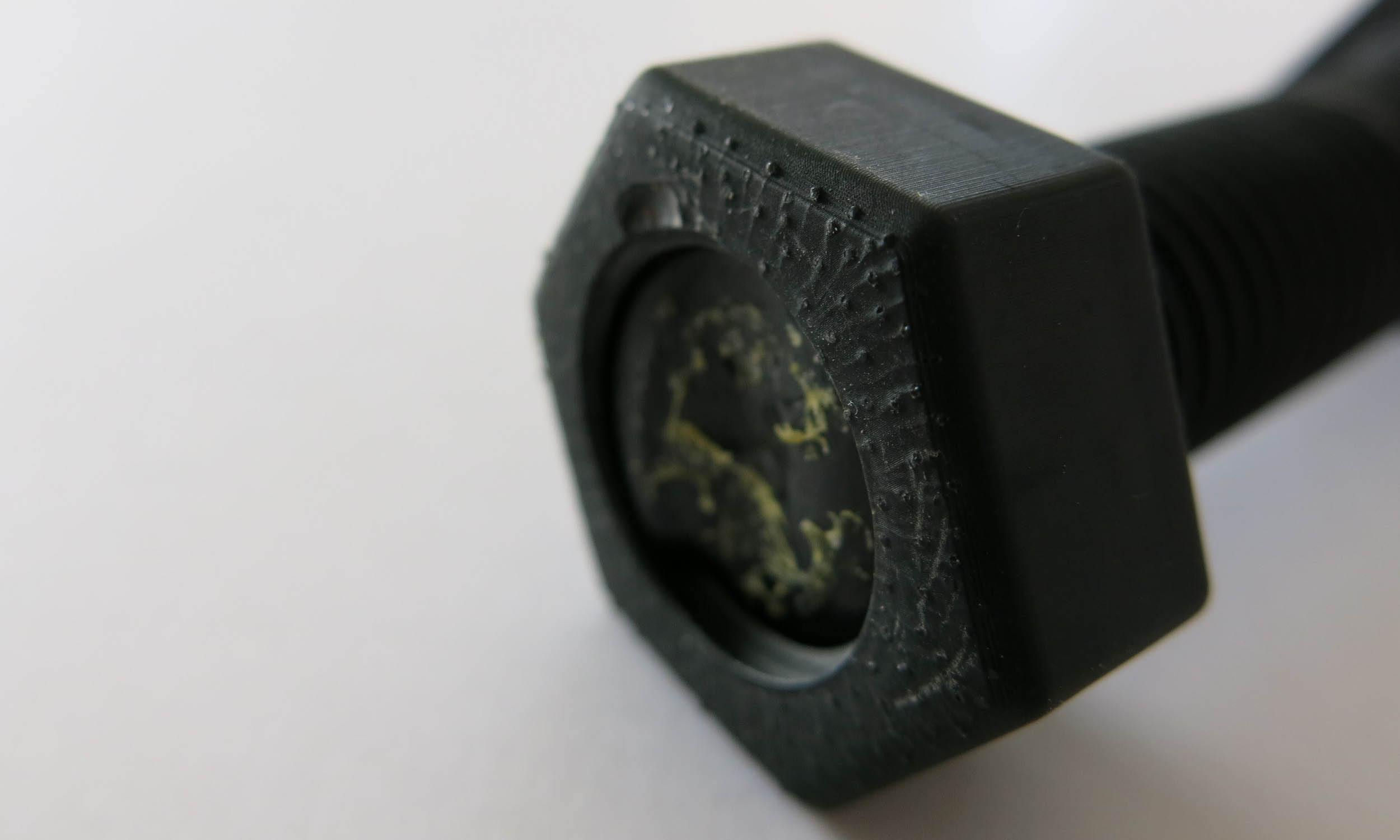 3D Printing is an outstanding technology, but it’s important to remember that, as revolutionary as it may be, it’s just another production technique. As such, and like all production techniques, it has its own specific limitations, issues, and challenges. Today, we present you with 5 issues that are directly linked with the production process of 3D printing, technical challenges that are to keep in mind and overcome. And we take advantage of our expertise to give you some tips to bypass these limitations, and overcome 3D printing fails! Just follow our lead!

Your model has too many production layers? It’s distorted or illegible? What makes your parts goes wrong? If you follow this article, you will be able to bypass 3D printing limitations and really design for 3D printing.

Warping is a deformation that happens right after printing. It makes plane surfaces undulate or twist, often making them non-functional. 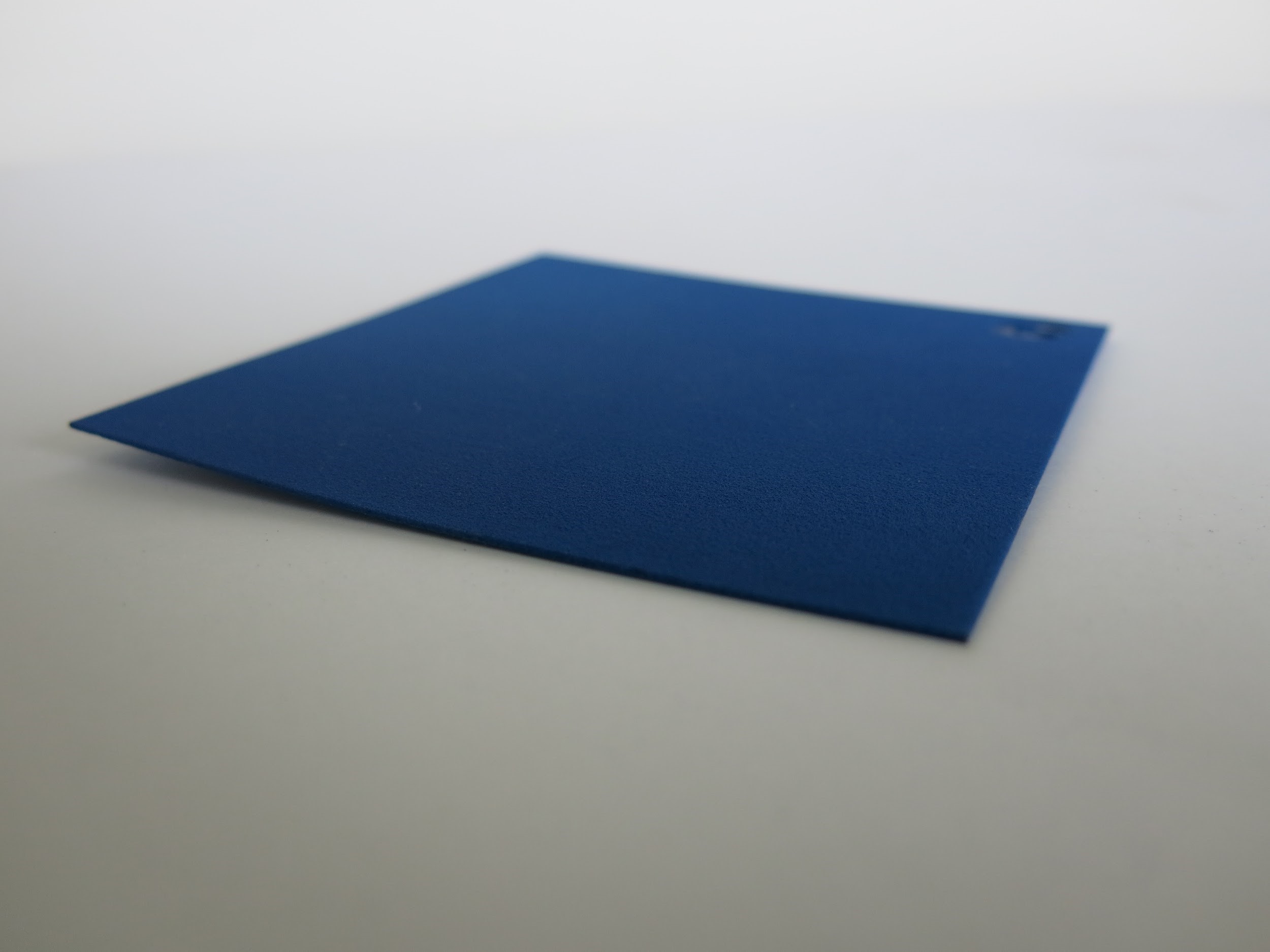 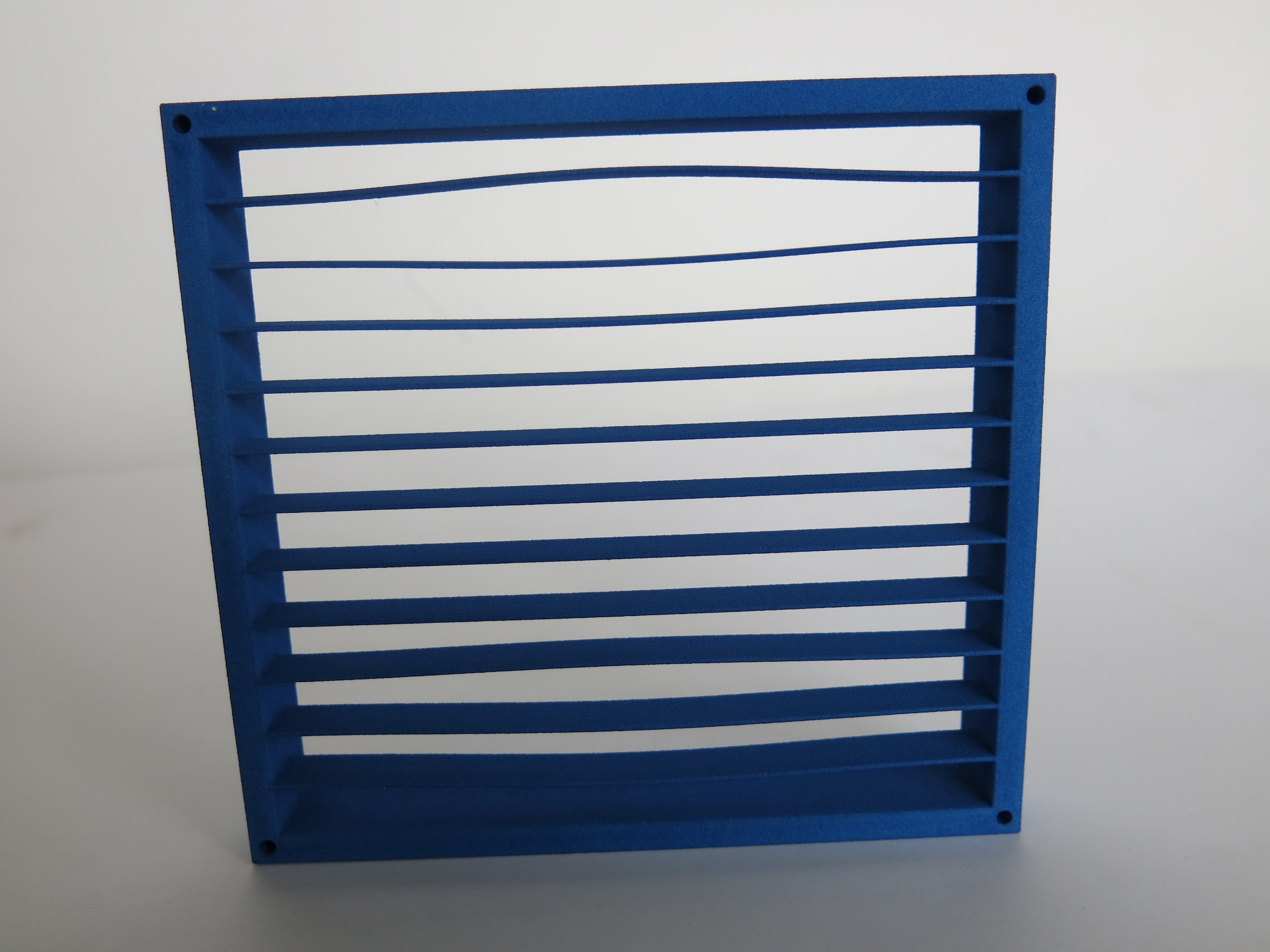 The problem is due to the change in temperature that the parts undergo during their production. When the temperature goes down it makes surfaces retract slightly which creates distortion. That’s why this problem touches mainly long planar surfaces that don’t have a support structure to keep them in place.

How to avoid warping 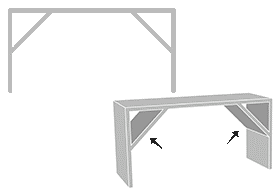 3D Printing Fail #2: The printed object is slightly too large or too small 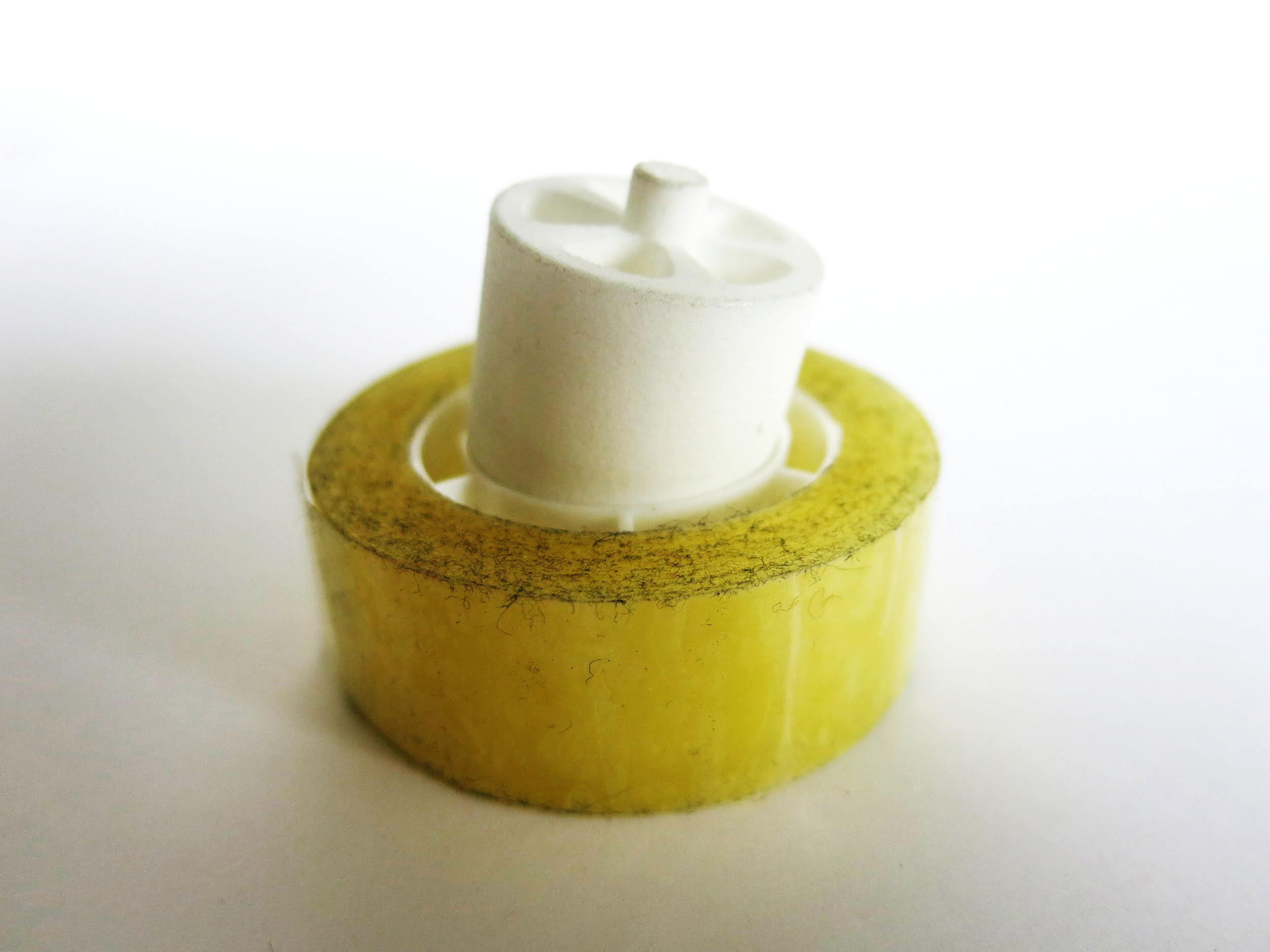 What causes this dimension issue?

3D printing is very precise in its application however it has a  ± 0.3 mm tolerance dimension limit for parts that are 99 mm or smaller and a global precision of ± 0.3% for parts above 100 mm. This tolerance is due to the cooling of the part that creates a shrinking. The dimension of your piece may slightly differ, between your CAD design and the real-life 3D printed object. Indeed if you don’t take into account this tolerance, you might have issues with assembly: if the part is 0.3 mm thicker than expected, it might not fit into another part that you’ve designed according to the dimension you had in mind.

How to avoid dimension issues when 3D printing? 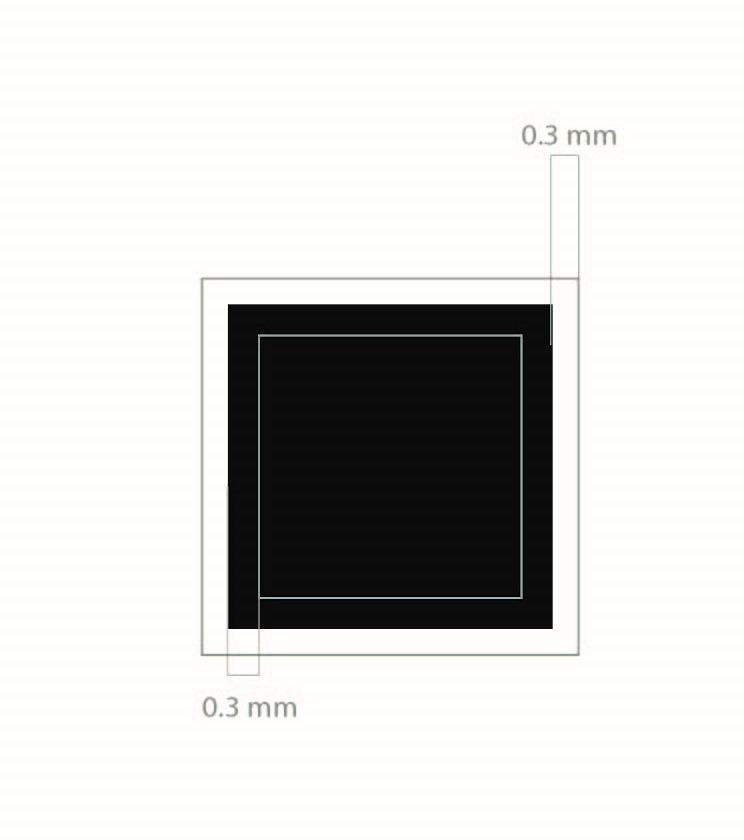 Will give you a dimension between: 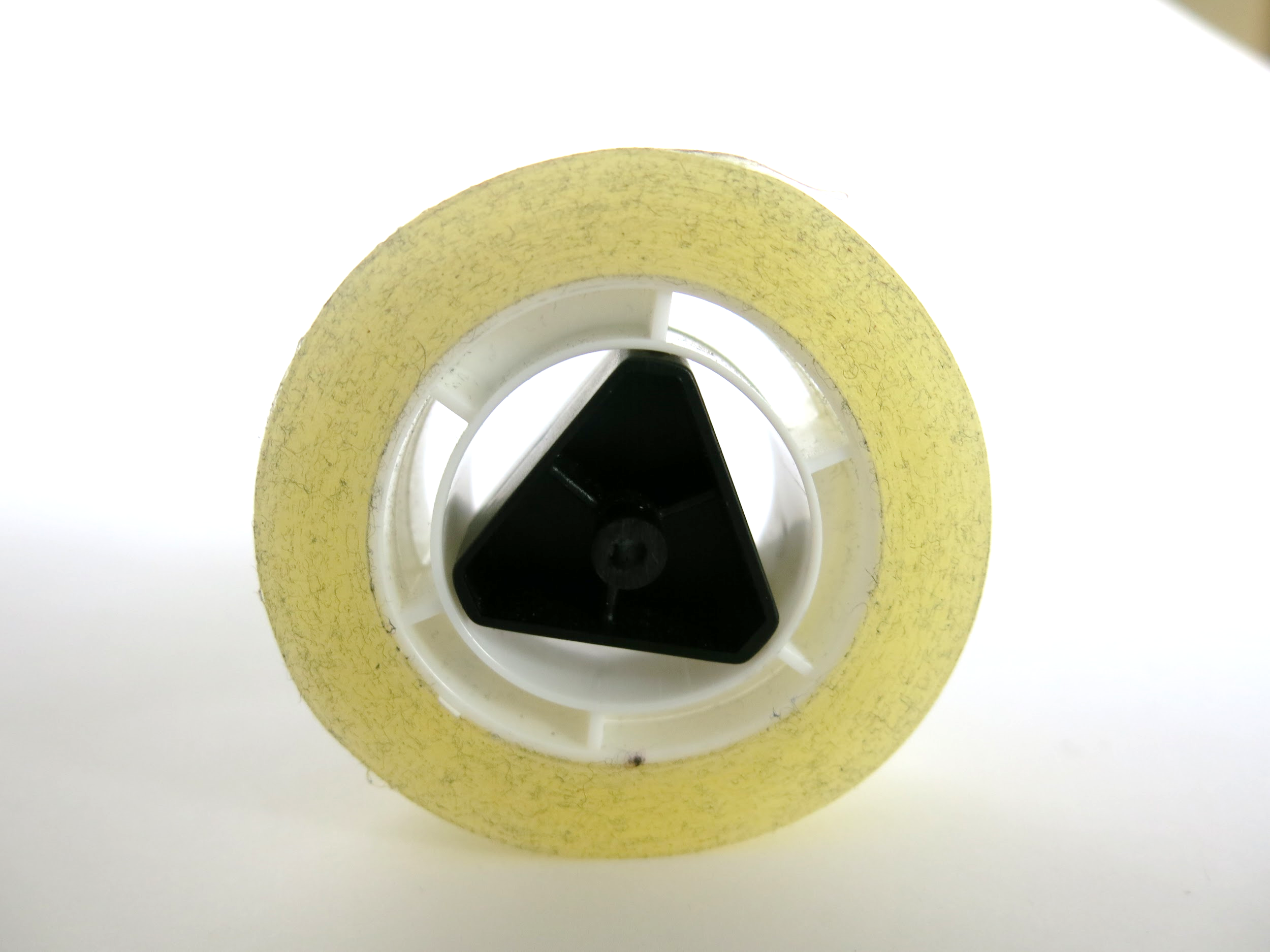 There is as second dimension issue that can happen: the details on your design not being visible. 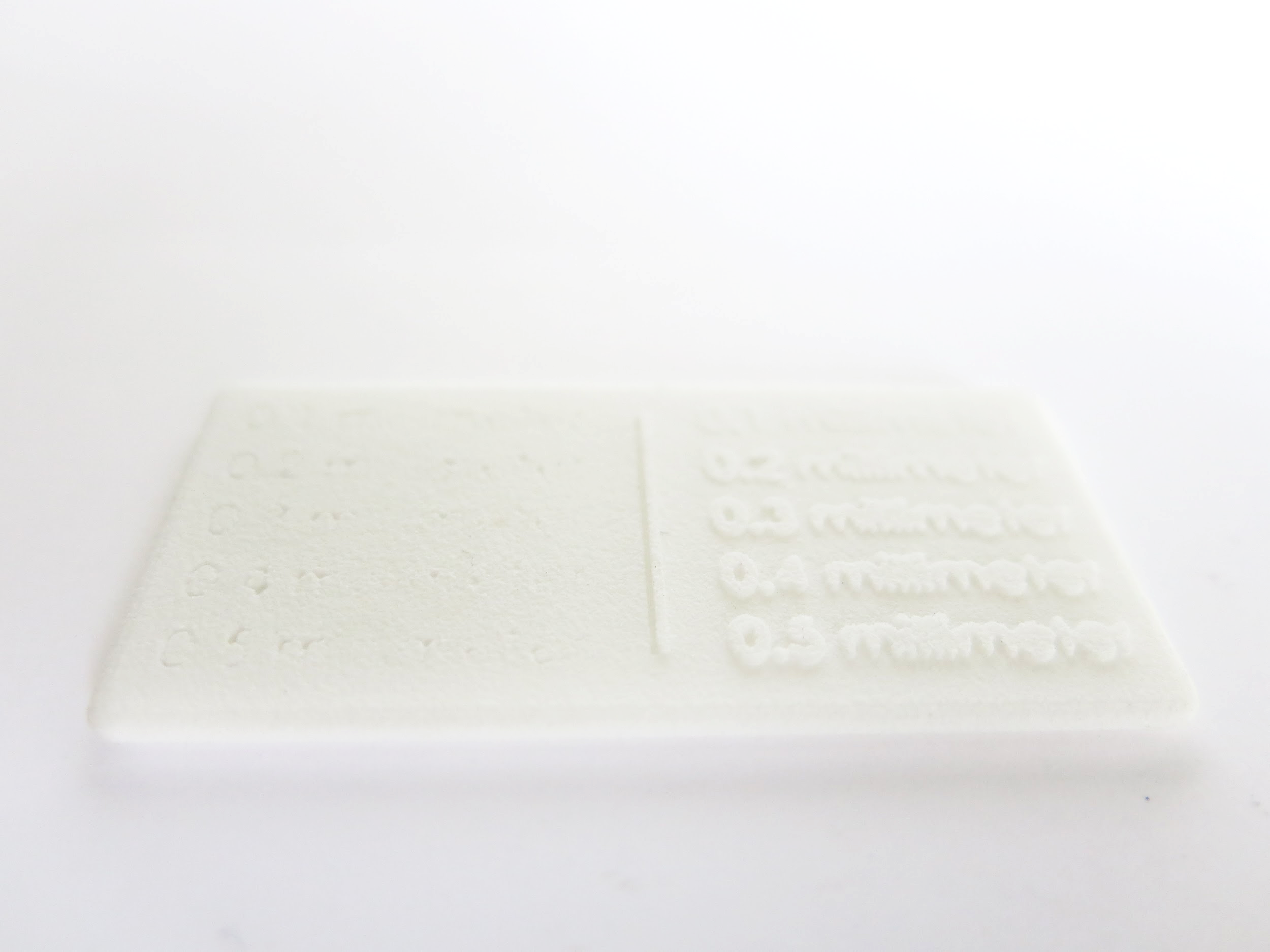 What causes this illegibility issue?

This is another tolerance dimension limit problem, that is not due to the shrinking or expansion but to the size of the laser. Indeed the laser has a 0.3 mm dimension which means that everything below this size  might be too small to be taken into account by the printer or might be merged with other shapes because the laser passed too many times on the same surface. This could even create blisters on the surface.

How to avoid illegibility issues when 3D printing?

When you 3D print an object, its surface will be composed of horizontal layers, more or less visible depending on the resolution of the printer, but never completely unnoticeable. This one is not actually a “3D printing fail” but it is very specific to the technology, and we have ways to decrease its impact.

What causes this layered aspect?

The layered surface is caused by the printing process and can’t totally be avoided. Indeed, to 3D print a part, the printer creates many horizontal slices. The number of layers depends on the printer that you choose, and for a professional printer, it varies between 25 slices and 50 slices for 3 mm thickness.

Those slices can be visible on your piece depending on the shapes of your 3D model or the product orientation in the printer. If a curved surface is placed horizontally you will see gradient stairs on it. On the contrary, if the same curved surface is placed vertically, those gradient stairs will be less present. It also applies if your part is angled and not fully horizontal. Our 3D printer technicians place your models optimally in the printer so that you have the least visible stairs possible but they are not magicians and if your part has too many angles and curves, some of those stairs will be visible on your piece.

The 3D printing orientation can also be visible on holes. If your circle shape is parallel to the printing direction it will be perfectly round but if its perpendicular, the round holes will turn more oval shaped. 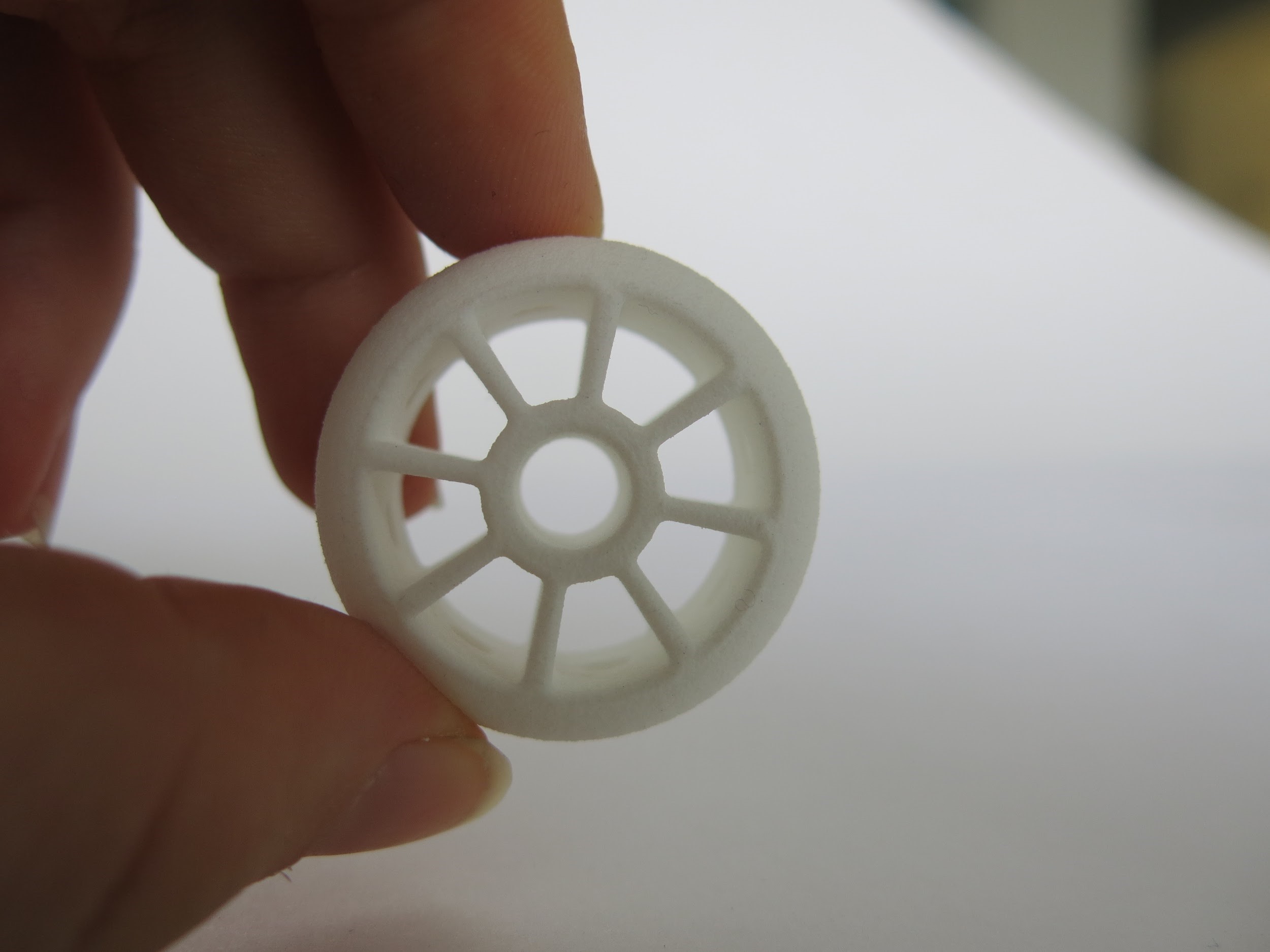 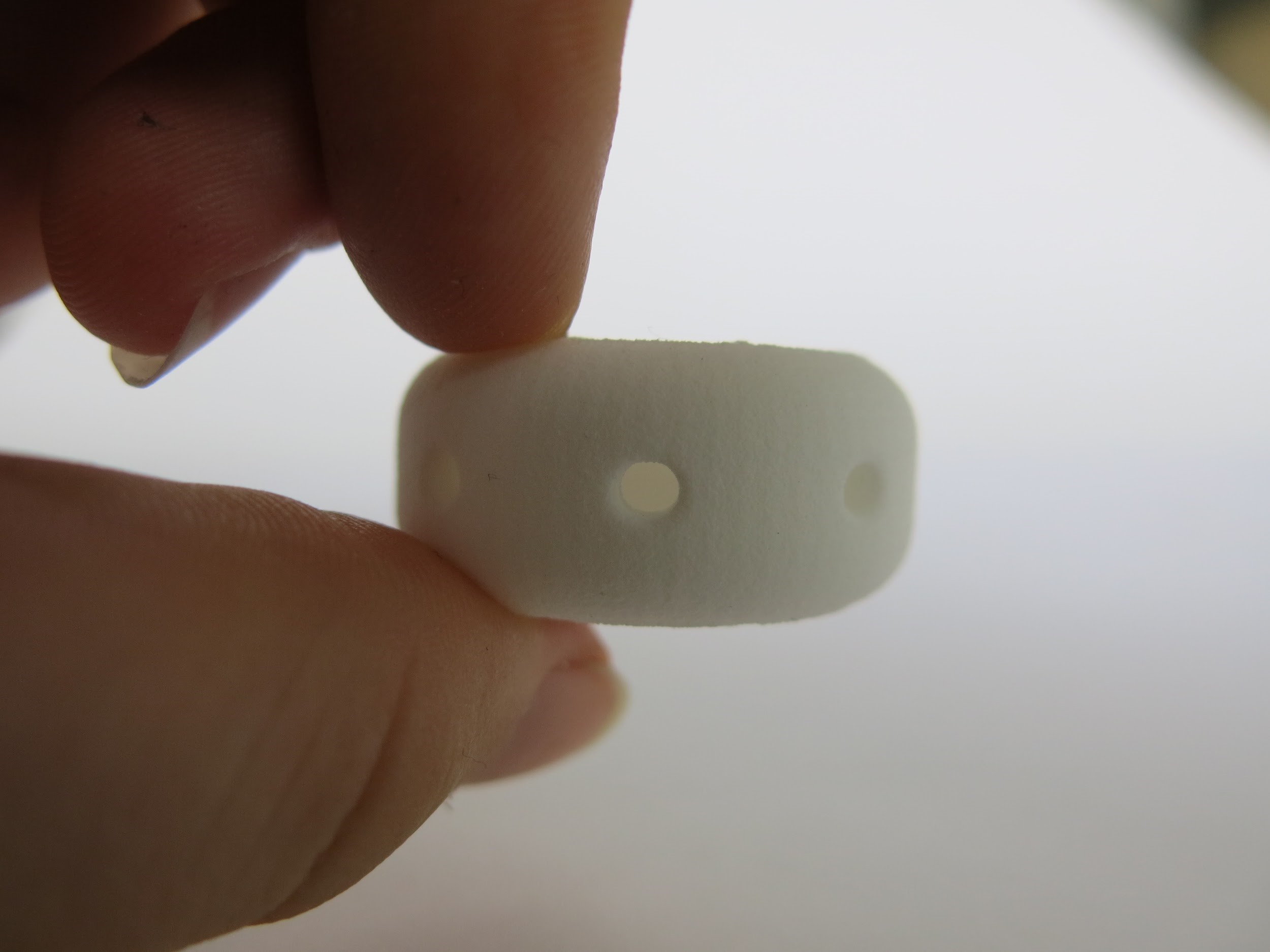 How to reduce this layered aspect? 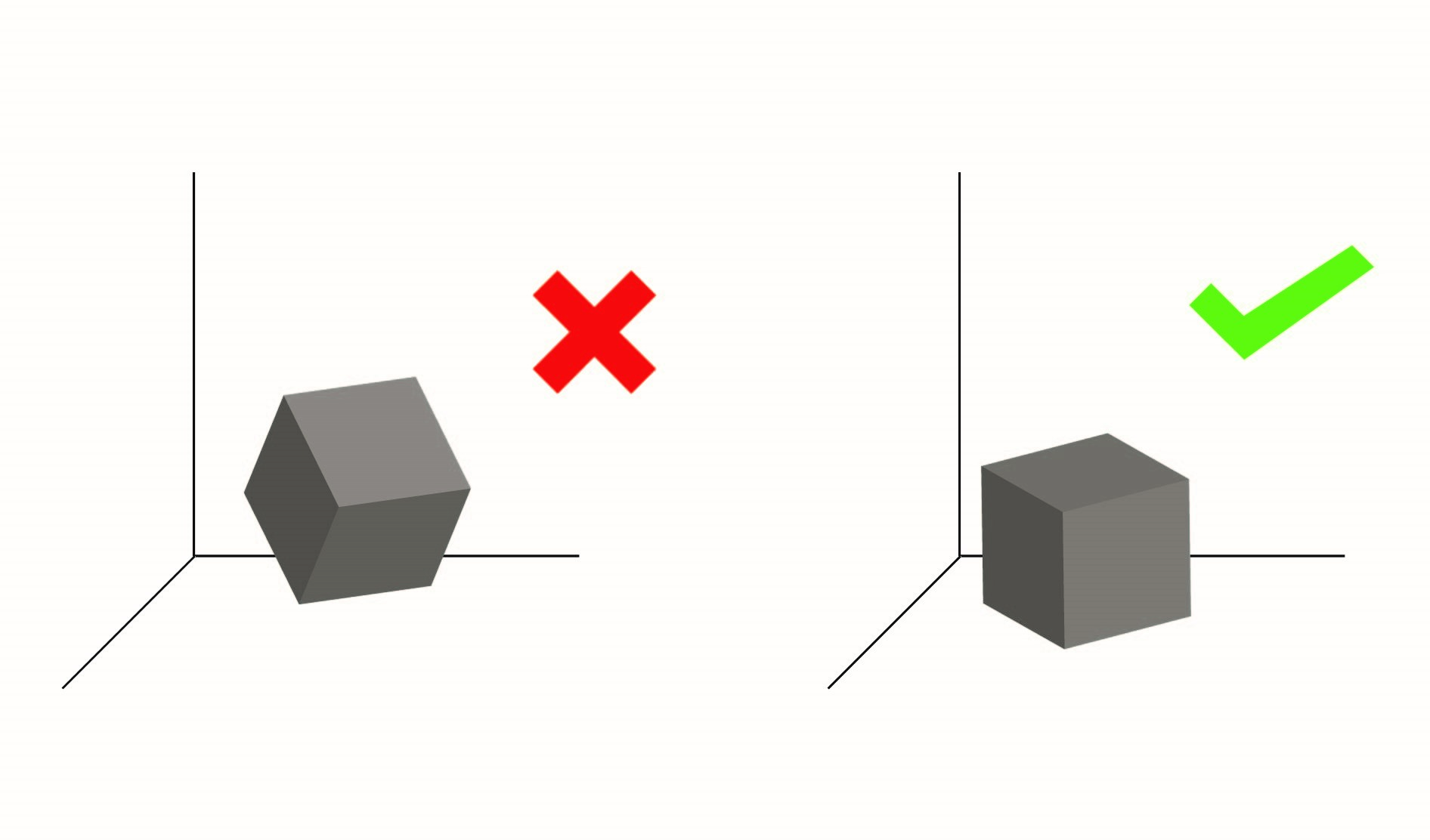 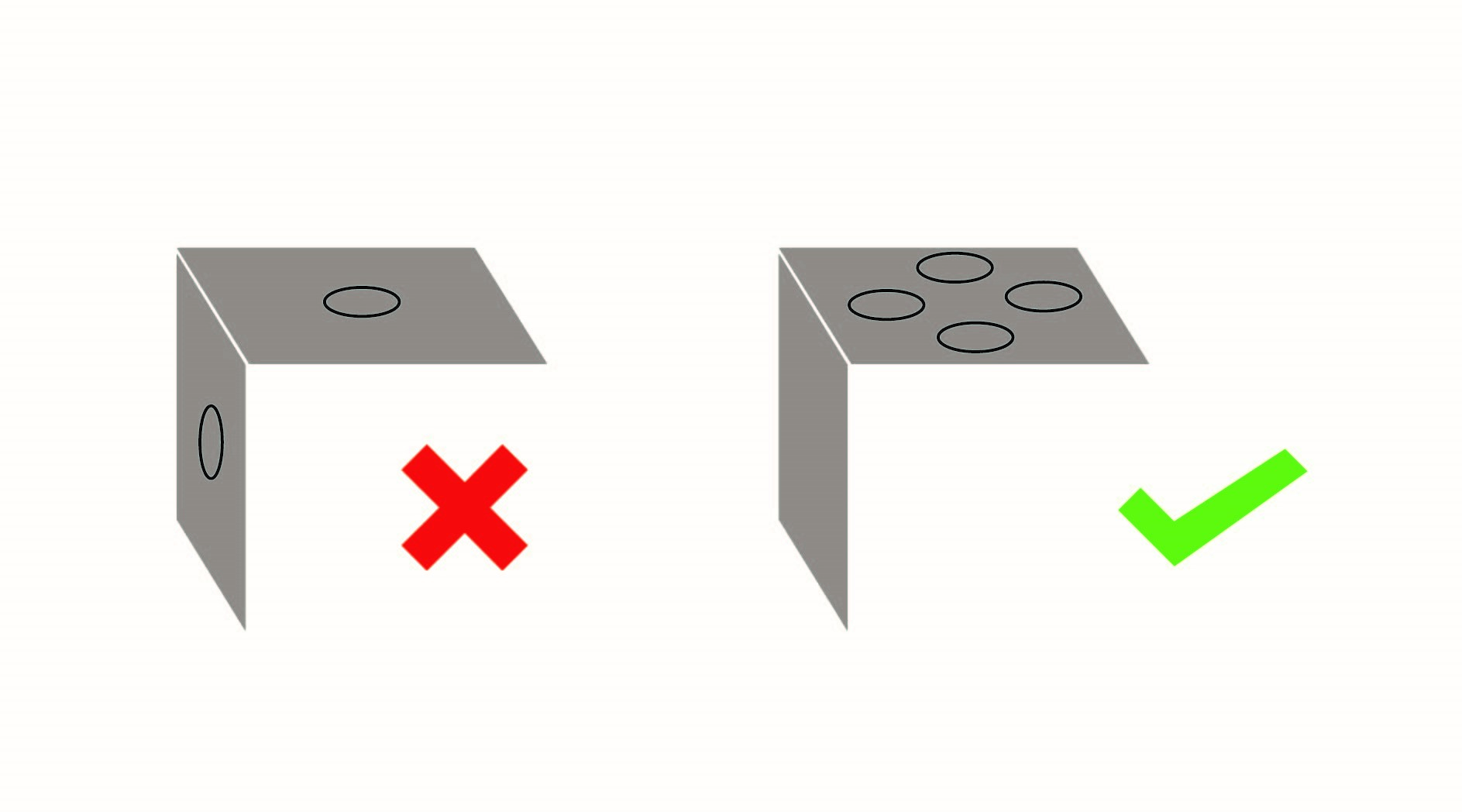 This problem happens on resins 3D printed with the CLIP process mainly: a nonperfect aspect on some of the sides of your object, marks left by the supports used during the printing process. 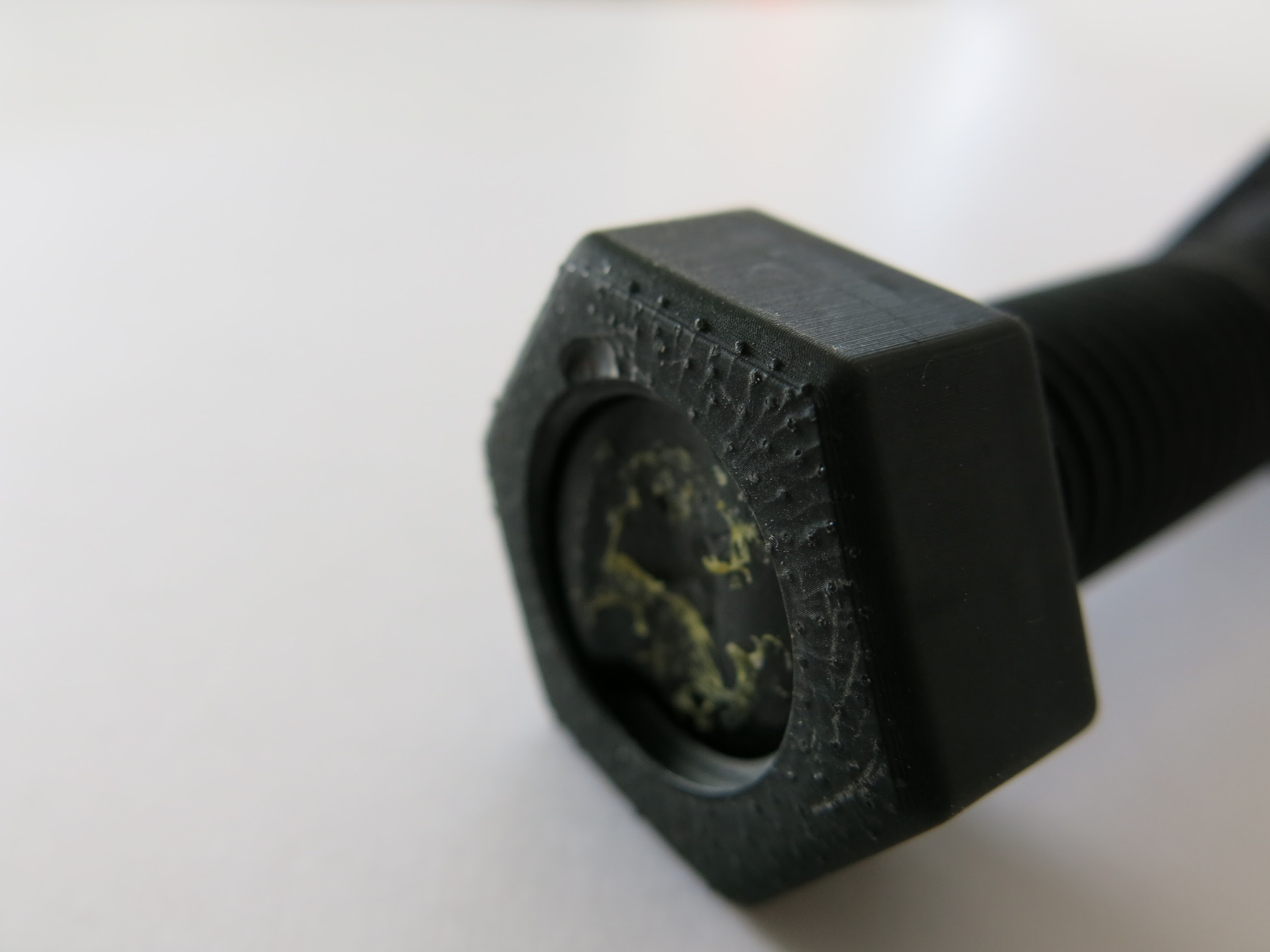 What causes these marks?

The CLIP production is reversed to the regular 3D printing. The parts emerge from a liquid batch, attached to a top platform, that moves up. This new kind of production needs supports, to attach the part to the platform, so that it doesn’t get deformed by gravity during the 3D printing process. If your part doesn’t have enough supports integrated into its own design, the printer will create some, especially for elements of the design that are angled under 40°. These added supports will need to be manually removed once the printing is finished. It’s these supports that leave slight marks on your 3D printed object, even though we do our best to remove them as neatly as possible.

This new process can also have some issue with evacuating resin from inside your piece. If the bottom part and extremities are too thin to let the thick liquid resin goes out it will stay inside and solidify itself which will make it impossible to clean it up.

Learn more about the CLIP technology with this video:

How to avoid these marks?

Here you go, now that you have these tips and tools in mind, you’ll be able to avoid most of the 3D printing specific issues. If you want to start 3D printing now, you can do so in a few clicks: just upload a 3D file here.

If you want to learn more, you can visit our design guidelines.