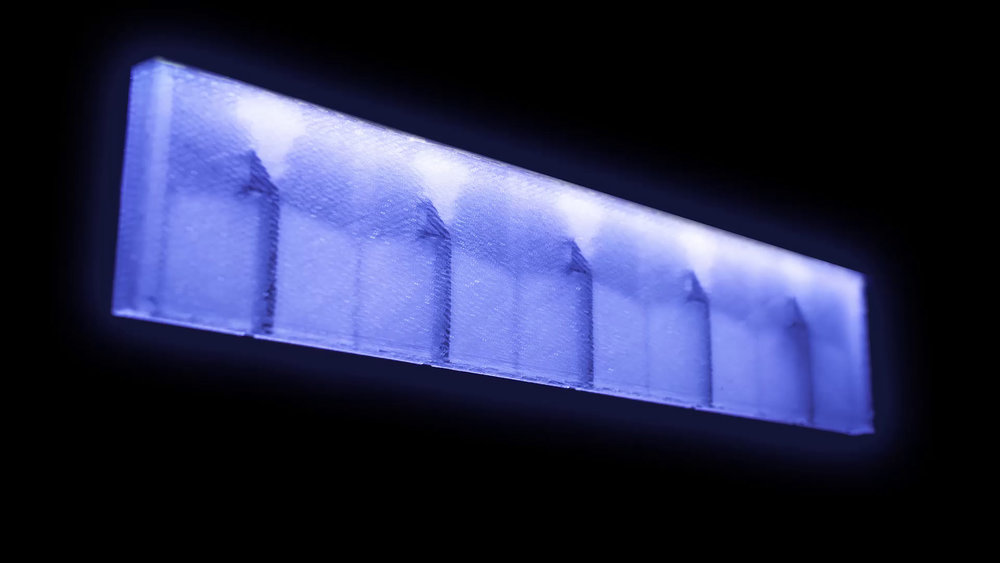 Is IoT a bigger game-changer than 3D printing?

Last September, Forbes Magazine published new IoT numbers, based on multiple recent surveys. One of them, led by the organization CompTIA, focused on the impact of IoT on the business compared to other new technology such as 3D printing, robotics or artificial intelligence (see chart below). According to the CompTIA survey, the IoT is the technology that is having the most impact on the firm size and its success. Would IoT then be a bigger game-changer than 3D printing? 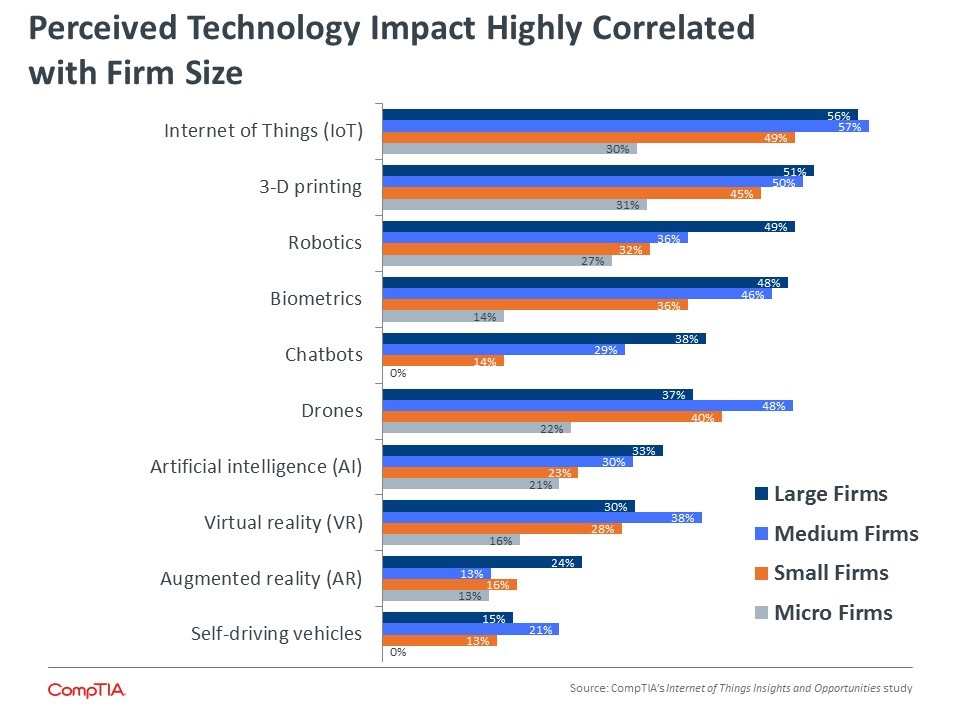 Let’s take a look at a bigger picture

First of all, the CompTIA survey is based on executive IT firms. The European consultancy Roland Berger led a study among French factories that showed similar results: in 2014, only 19% of them thought 3D printing could be useful to their technologies and competitive plants, compared to 86% for cyber security. In 2015, the ranking is almost the same, except that 3D printing is seen as more impactful than the year before. (see charts below)

From these figures, it seems that IoT would be more effective than 3D printing on business development. At Sculpteo, we believe that both technologies share similar interests, goals, and technological opportunities, but are also extremely complimentary. Not only because our president, Eric Carreel, is mentoring the IoT ecosystem in France! In fact, Sculpteo engineers have been working closely with and on IoT technologies. And many of our customers are using 3D printing to create their own connected device.

3D-printing and IoT are complementary technologies

3D-printers can be connected to the many billions of other smart devices in the IoT and controlled remotely. Here at Sculpteo, we turned our standard printers into connected machines thanks to a cloud service. We also managed to create our own sensors, measuring the effectiveness of our production tools and directing them remotely. These sensors are also used to control the quality of our products. You can imagine that giving the many engineers in our team, they insisted on creating themselves these useful tools and we can guarantee you they had lots of fun doing it!

Moreover, and more seriously, 3D-printing enables rapid design and prototyping. 3D-printing now makes hardware development move at an Internet-development speed! For example, Sculpteo now offers your printed prototype delivered in 2 days, which makes it easier for you to test it, work on it, and send us a new one to print faster than ever!

3D-printing not only reduces manufacturing steps and associated costs, but it also broadens the choice of materials for producing smart, connected devices on target substrate shapes and materials. Sculpteo now offers over 65 different combinations of 3D printing materials and finishes, completed with online optimization tools.

Next step: 3D printing IoT thanks to a 3D-printer

Exciting news! 3D-printing services have a new and demanding ambition: directly printing IoT. Wondering how? Take a look at “Project Wire”, an Autodesk design tool for creating 3D printable electronic devices, bringing us closer to being able to print electronics in their entirety!

The technology, fictitious for now, works with the Voxel8 3D electronics printer and would enable the design and fabrication of freeform three-dimensional circuits. Those would be fabricated layer-by-layer as a single object, rather than assembled from separate parts. The starting point is enabling the design of 3D wires embedded in printed models. “Project Wire” is working on phone antennas for the moment. The goal is to fabricate different antenna designs which can be embedded digitally inside of objects themselves. Such a technology would open new possibilities for fitting antennas into places that they couldn’t have been inserted before!

To conclude, IoT certainly opens up a new world for 3D-printing technology, making the manufacturing process and the quality of the products easier to control. However, security stays the main issue. Our heads of manufacturing would definitely agree with Roland Berger: IoT technologies, from sensors to video cameras, are great, provided that they are completely secure and cannot be hacked. Sculpteo has always care about their client’s project and their confidentiality, that’s why we work on it in every step of our manufacturing process!

At Sculpteo, we produce a lot of very cool stuff and in particular a lot of parts for connected devices. Some of our clients shared their story on this blog. To learn more you can go in the Success Story section of this blog or take a look at these great examples that we picked for you: