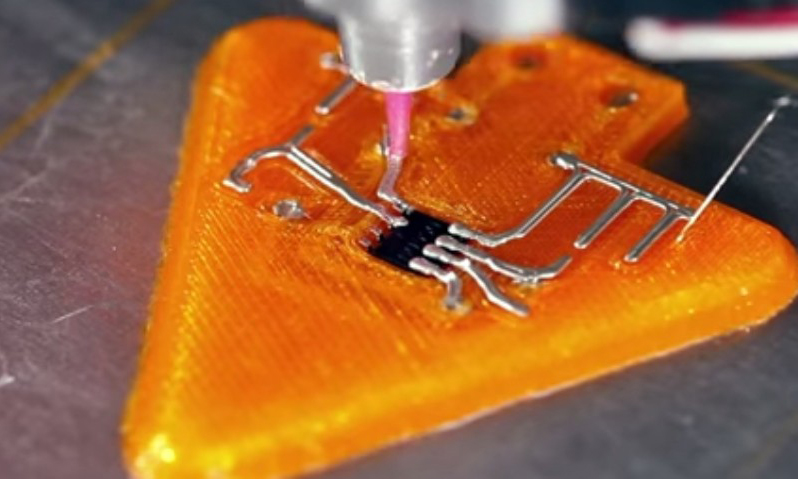 3D printing for electronics: what’s the next revolution?

3D printing is now used in many sectors that were weren’t predicted even 10 years ago. Innovations in medicine, aeronautics, etc. are so advanced that they allow to imagine groundbreaking innovations in the electronics industry. In fact, the combination of 3D printing and the electronics industry is very new. The first printer to print electronic elements was sold in 2015. It’s an incredible revolution that can change the way we conceive electronic materials.

Read about what’s already common practice in 3D printing for electronics, and about the very promising developing field of 3D printing electronic circuits. What could it change in the industry?

3D printing for the production and prototyping of casings for electronic devices: it’s already broadly used!

There are many examples among our clients, who use our services for prototyping and production of electronic devices, as shown on our 3D printing applications page, dedicated to electronics. To give a few examples: 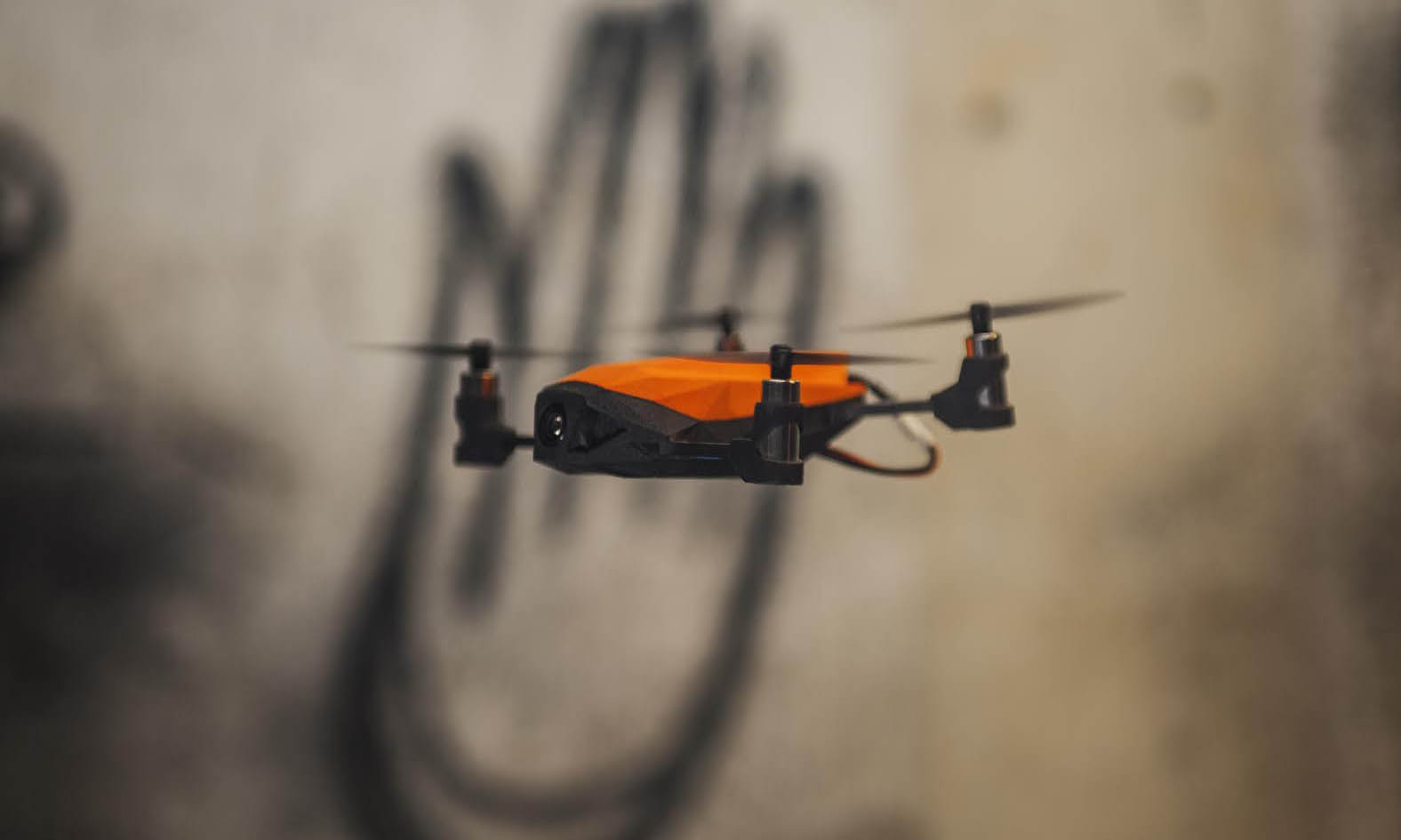 Up and coming: 3D printing for the electronics industry today

What’s even more exciting, and an even more impressive opportunity, is the possibility of directly 3D printing electronic circuits. This eventuality is being studied, developed, and invested in by several actors, which show that it is a key issue today. It is not as common (yet!) as 3D printing cases for electronic devices, but its possibilities are much greater. A recent SmarTech Publishing report even forecasted that introducing 3D printing in the electronics industry would generate $428-million in revenues by 2022 and go on to achieve $2.8-billion in revenues by 2025.

3D printers are being developed that allow to 3D print electronic circuits directly: similar to the Fused Deposition Modeling technology (FDM), the machines have to 3D printing nozzles, one for the support material (typically plastic), and one for the circuit, using a conductive ink.

For now it is mostly envisaged as a prototyping tool, but it will most probably progressively become a production tool as well, just like classical 3D printing is becoming now.

What’s on the market today?

The technology is being developed by a dozen of companies that have their own research center. Each one works on specific materials and specific printer and innovate in their field.

It’s been two years they’re released one of the first electronic 3D printers.

They honor the leadership of Harvard Professor Dr. Jennifer Lewis, and her and her team’s innovation and research.

Daniel Olivier, cofounder notes one major change in the use of such printers: now, “you can design electronics to fit the part rather than design the part around the electronics’ dimensions.” It is actually revolutionizing the whole design and conception of electronics and objects.

They did a partnership with Autodesk for Project Wire Software that enable to 3D design in the same software for both 3D printing the part and the electronic component. (Learn more here).

They recently announced that their Aerosol Jet Technology will be printing embedded electronics at the micron scale. The new process relies on both local deposition and local curing. This way, electronics parts are more affordable, and require less usage and waste of materials, and all this with a superior resolution.

Their offer is: “Take control of your PCB Development”. Their Dragon Fly 2020 3D Printer prints highly conductive silver nano inks guarantee to get your prototype with high performance components within hours.

Other companies such as BotFactory, Cartesian Co and Pulse Electronics also develop their own 3D electronics printer. Follow their activity, it is amazing!

How is 3D printing for electronics a revolution?

We’ve been saying a lot that 3D printing in itself is revolutionizing. Customization, more production flexibility, local production, multimaterial. It is more than ever true for the electronics industry.

Intellectual property is a first issue with electronics. In fact, today, a company who wants to produce an electronical good has to outsource the electronic production part in Asia (mostly, China). It can be a real danger to the protection of intellectual rights of the company. Hacking is highly possible (see here our ebook on intellectual property). Thanks to 3D printing electronics, hacking is no longer a danger as outsourcing is no longer the unique solution for electronics production: you will be able to 3D print, in-house, your circuits as well as your casing, at least at the prototyping and iterating stages.

3D printing electronics has the potential to foster creativity and innovation, by saving you huge amounts of time. As we said, applications today mainly concern prototypes. Rather than ordering some specific electronic parts on the Internet, waiting for reception, ordering again and losing a lot of time, electronics 3D printers enable much easier and faster iteration. Discover the story of Poppy, a robot that was created using 3D printing and electronics, and how iteration was a pain without 3D electronics printing. 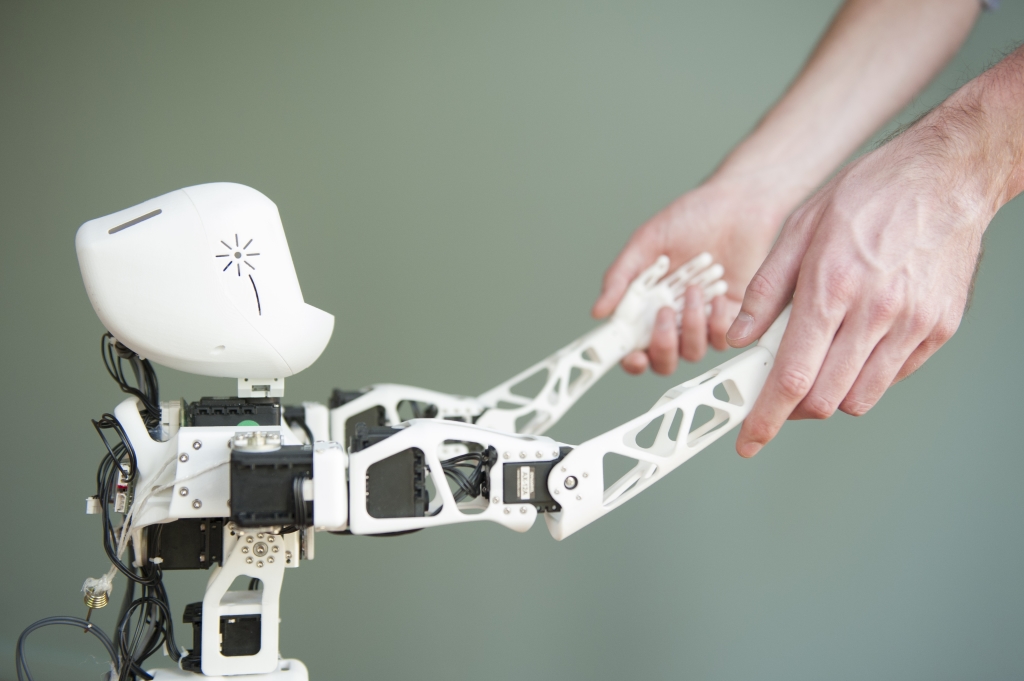 We can forecast relocalisation of electronics production. Electronics have been produced for a long time, and still today, in China. Those new 3D printers allow to think very seriously that we might in a few years produce our electronics components without the need for Chinese outsourcing.

Electronic components production can now be thought in terms of 3D design and not only 2D, with new ways of stacking the circuits. Impacts are not yet measured but one can imagine the excitement that it brings to an electronics engineer. It opens new possibilities to design for electronics, that are now to explore!

5. Conquering new materials and the internet of things

3D printing might also allow reflexion on new materials on which to implement the circuits. Some companies are thinking, for example, about circuits printed on flexible fabrics. This will be a very important component of the internet of things: if we can 3D print electronic circuits onto every object, then every object can become a sensor, be connected.

You’re curious to learn more? Would you participate to this revolution?

The 4th edition of the 3D Printing Electronics Conference might interest you, on January 24, 2017, at High Tech Campus Eindhoven, in The Netherlands.

You can also share your projects with us! We’ll be glad to hear your ideas and help you as we can.