This sphere's framework derives from that in a real molecule, a molybdenum metal oxide named Keplerate. The highly symmetrical form is made of twelve pentagonal star-shaped motifs connected by thirty segments. Nodes with four and five connections correspond to metal atoms positions (http://132). Nodes with two and three connections are oxygen atoms, thus 372 nodes in all. Keplerates were discovered by Prof. Achim Muller, Bielefeld (Germany) in 1998. 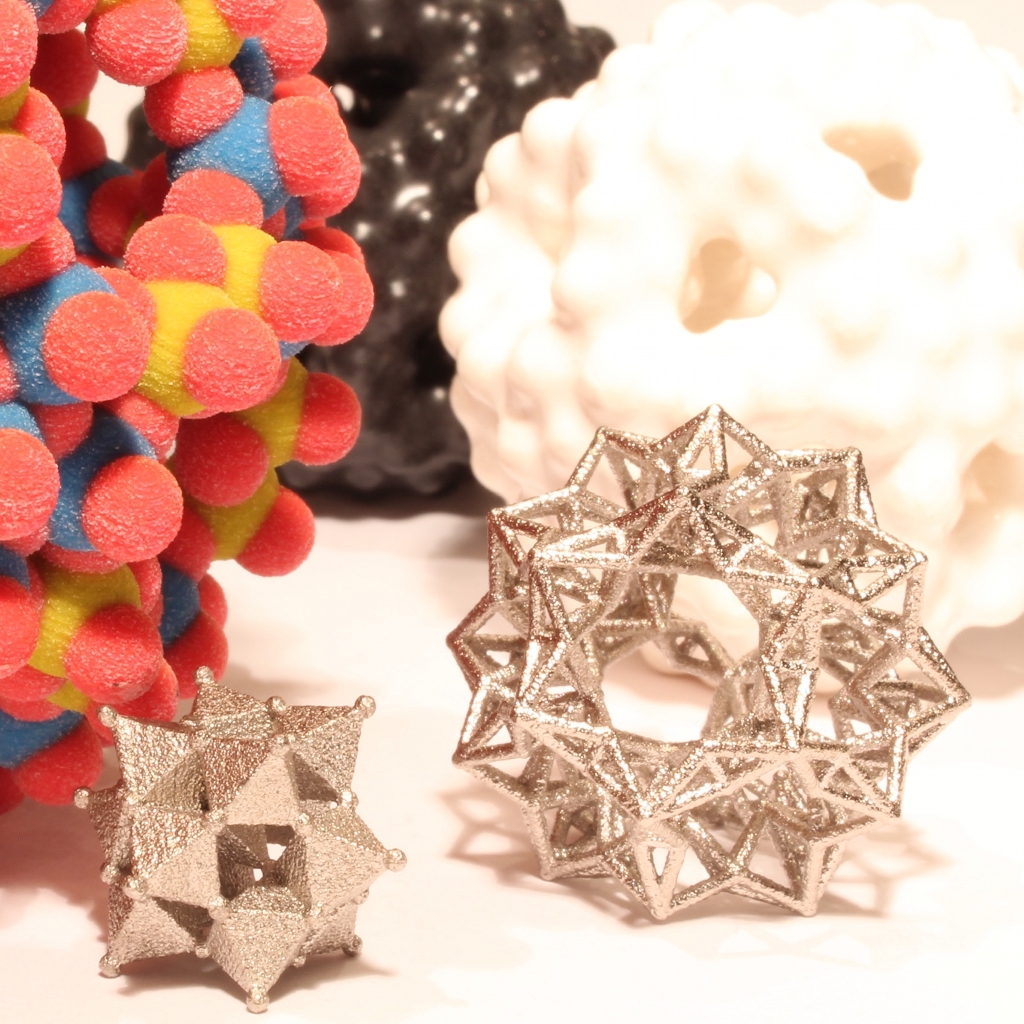 Find more products in the shop of MoleculArt3D

More designs from Pendants and Necklaces 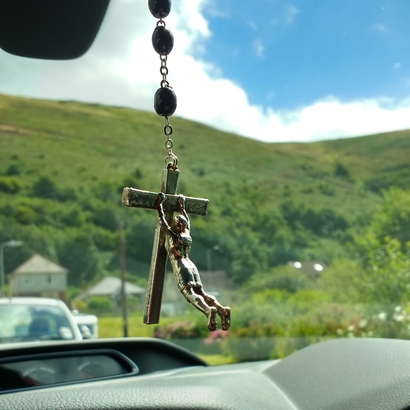 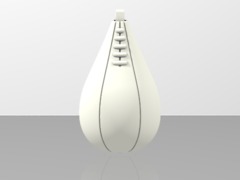 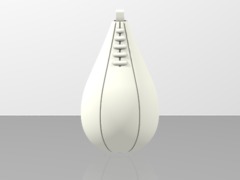 Speed bag pendant for a necklace 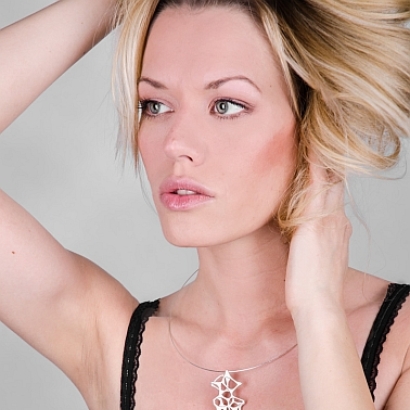 The Couple pendant allows you to express the bond you have with your beloved one in a very unique fashion. The pendant is initially shaped … 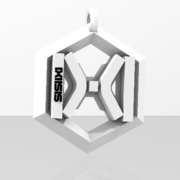 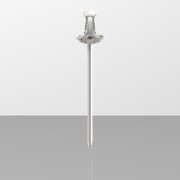 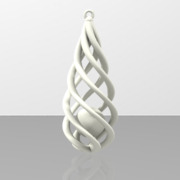 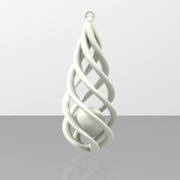 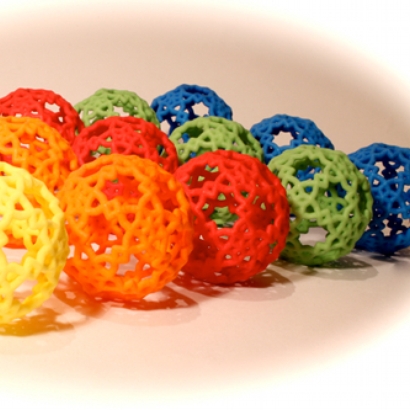 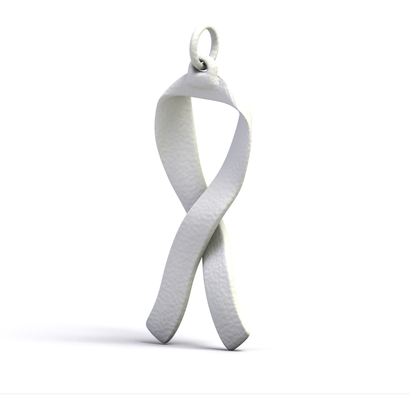 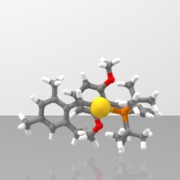 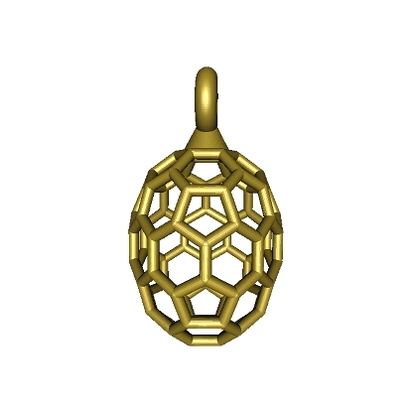 Yet another fullerene, this one 78 nodes. 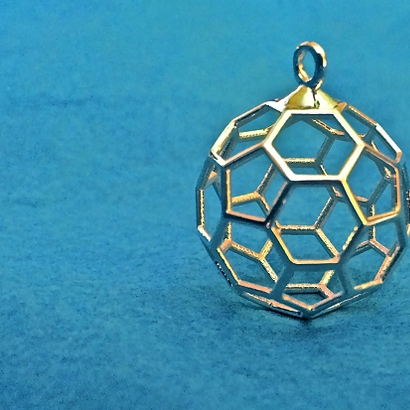 Yet another version of famous C60 buckminsterfullerene. 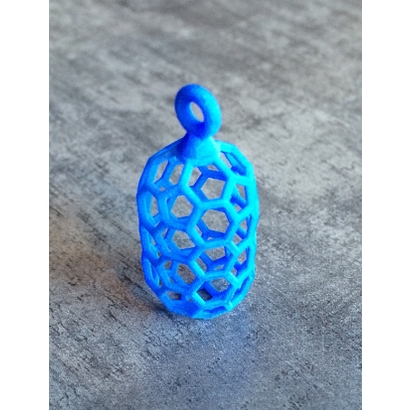 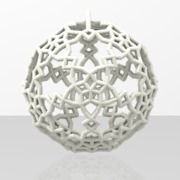 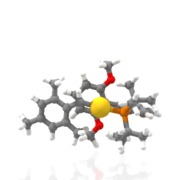 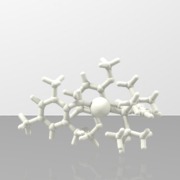 This is your 3D printed Pendants and Necklaces! Sphere-132 was designed then shared by MoleculArt3D so you are able to modify it, make it your own and use it often! Pick more than 75 various 3D printing elements to customize this 3D printing prototype so it matchs your way of life or the use and way of life of the person you want to give it to. Pick out the 3D printing material that fits your needs, the shade that corresponds to your spirit, the proportion you want your Sphere-132 in and you will obtain it 3D printed very soon. Thanks to the marketplace by Sculpteo, you are able personalize this design created by MoleculArt3D and instantaneously get an appreciatiation of how the 3D printed article will appear. If you happen to be in doubt and are not a 3D printing adept yet, we'll also give you advices to ameliorate your Sphere-132 and make the most beautiful of the vision MoleculArt3D insert in it to realize a truly exceptional and custom Pendants and Necklaces. If you need to obtain Sphere-132 3D printed for your own use or for someone you will let you to follow it until it reaches you. You are able customize the details of this 3D model and reshape bits to really doubtlessly a one of a kind of article, do not wait to add tweaks and make this 3D printing project more unique and ideal for your personality. And if you love Sphere-132, don't forget to check out other 3D models designed by MoleculArt3D to create other awesome 3D printing projects.