Steel replacement upgrades part for Panasonic bread maker dispenser ADA44E165-H0 which used in models: SD-2500, SD-2501, SD-2511, SD-ZB2502, SD-ZB2512. Photos show the latch made with cheapest steel/brass Binder Jetting technology. The original plastic latch of nut/raisin dispenser door is cracked by itself after two years using our bread maker(http://this dispenser was not used). There is known a common problem with original plastic latches as they crack due hi temperatures etc. and not available as a separate part from Panasonic(only with dispenser assembly ADA44E165-H0). I don't see a reason to buy new whole dispenser every time just for the same new plastic latch which also will crack after some time. So I made a precision size model of the original latch and it's better to print it in durable steel and forget about cracked plastic :). This short video shows how it works - https://youtu.be/ODZDdSyz6OY

Find more products in the shop of vitalvolkov 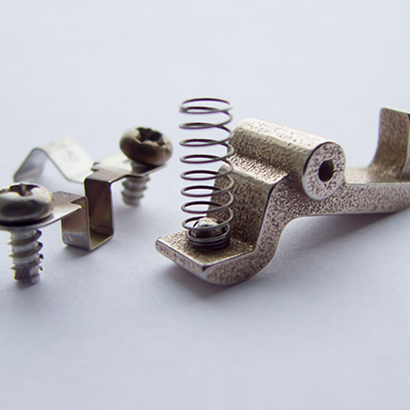