3. Saving your STL file and preparation for 3D printing

In the first part of the tutorial we will introduce you to the User Interface of OpenSCAD, which might be a bit different from other 3D modeling software. We will explain to you exactly how to move around OpenSCAD. Next we will move on to code commands for creating you first 3D objects.

We will start with showing you all the parts of User Interface in OpenSCAD. The interface of OpenSCAD is very straightforward. On your left is Text Editor where you code. On top of that window you have the basic options: save, undo, redo etc, as well as Preview, Render and Export as STL. We will cover ‘’Save as STL’’ in the last part of this tutorial. On your right, most of the screen is Viewing Area, below which is the Console. 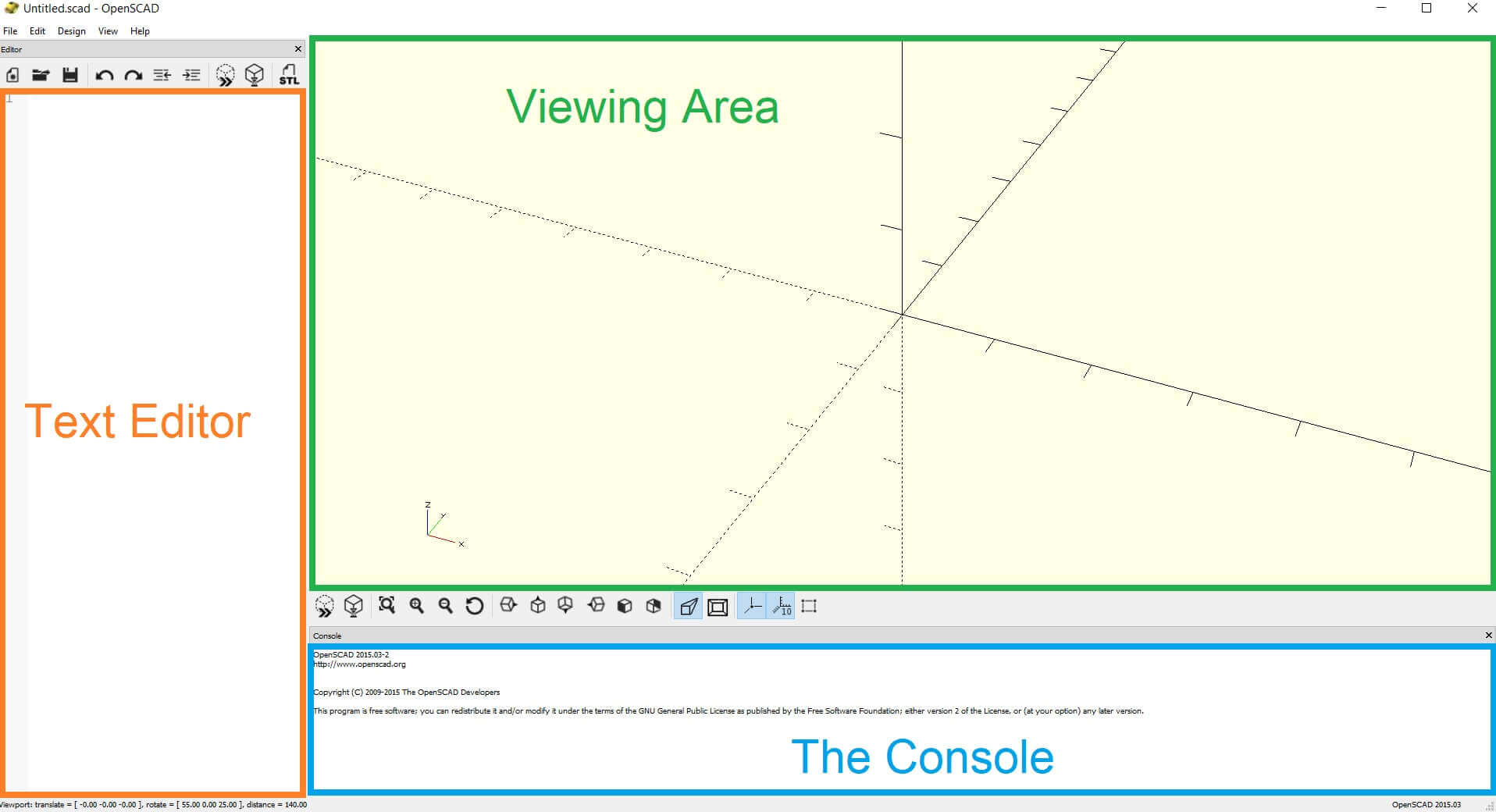 You enter the code in the Text Editor for OpenSCAD to read. To see how OpenSCAD translates your code you need to press Preview. The Preview will appear in the Viewing area. The Preview option will generate the code into a quick model, but it’s not the final version of your 3D model. To see the exact calculations of the code, press Render. However, rendering will take longer to generate. The Render will also show in the Viewing Area and the Console will give you technical information when the Rendering is done.

Anything that you code in the Text Editor results in 3D models shown in the Viewing Area. In the Viewing Area, we also find some options: Preview and Render, Zoom Controls, different Views and Viewing Options. The View and Viewing options allow you to see the model from different angles and sides. Switching between Perspective and Orthogonal view changes whether the model is shown with perspective or isometrically. We would suggest the Orthogonal view is more useful for mechanical models and the Perspective view will give you a better sight for decorative designs.  you can’t edit it.