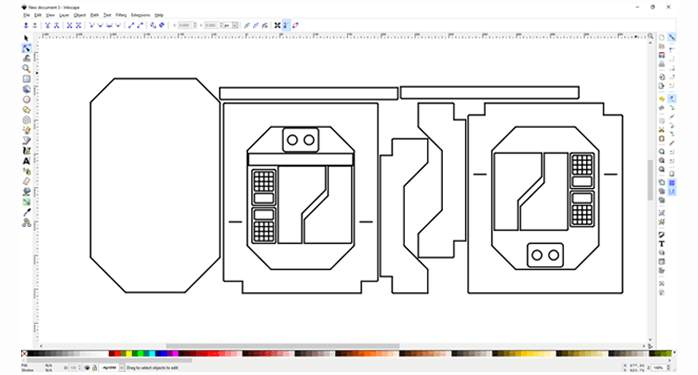 Laser Engraving (or Laser Etching) is a Subtractive Manufacturing method, that uses a laser beam to change the surface of an object.

This process is mostly used to create images on the material, that may be seen at eye level. To do so, the laser creates high heat that will vaporize the matter, thus exposing cavities that will form the final image. It is using the laser for marking the surface of an item.

Laser Engraving: how does it works?

This method is quick, as the material is removed with each pulse of the laser. The depth of the marks is controlled by the number of times the laser beam is passing on the material.

There are different types of laser engraving machines :

What is it possible to do with Laser Engraving?

It can be used on almost any kind of metal, plastic, wood, leather or glass surface. You can get a lot of different engraved materials . Furthermore, it is more effective than traditional engraving for small objects, such as jewelry. There are also smaller chances to damage or deform the material. It can be used for many different applications, such as medical devices , fine art and so on.

It can be used for industrial applications , but it is also possible to get a DIY laser engraver machine , for example with a CO2 laser system . You just have to connect your CO2 laser engraving machine on the USB port of your computer and it will work like a printer.

Laser Etching is a subset of Laser Engraving. In this particular case, the heat from the beam is not used to vaporize the matter, but to melt it. It is mostly used on metals, and will expand the material by creating a raised cavity. It thus modifies its characteristics, such as its reflectivity, and will create a contrast with its surroundings.

Compared to other processes using lasers, such as Laser Cutting or Laser Etching, Laser Engraving keeps the initial shape of the material, and is the most common option to create personalized or customized objects. Logos, serial numbers, or pictures are typically the kind of creations thatcan be done thanks to Laser Engraving.

Laser Marking is less common but quite popular in the medical device industry. One of the major difference with Laser Engraving and Laser Etching is that here, the oxidation during the marking process make the material turn black. This laser marker technique is also good for logos or bar codes.

To use such a process, you need to provide a 2D file, such as a vector graphics or drawing of your image. The most commonly used formats are:

This Laser Engraving system DOES NOT work with any 3D file format, such as .stl, so be careful!

The model will then be converted into dots, and the distance between two of these dots will determine the depth of the engraving. Then the 2D model will be sent to an engraver machine