An Interview with Michael Eden: Master of Ceramics and 3D Printing

Michael Eden is a designer and a researcher working with ceramics and 3D printing. He answered our questions and explains how 3D printing changed the way he used to think and create with ceramics. 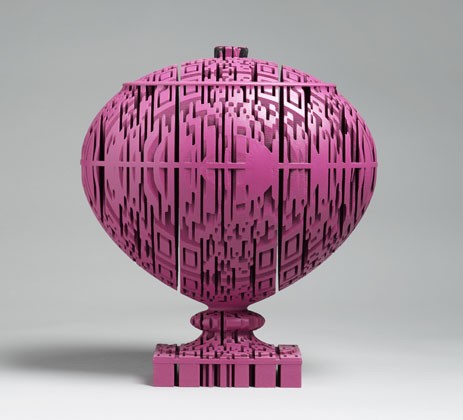 Sculpteo: Can you tell us how you discovered 3D printing?

Michael Eden: During the 1990’s, alongside my love of ceramics I had been developing an interest in digital technology. Through learning how to write HTML code for creating websites, I had discovered that it involves a different way of thinking, a different way of problem solving to ceramics. It seemed to wake up another part of my brain!

As a problem solving exercise working with clay involves a very open-ended way of working. If I wish to make a cup and saucer, I have a variety of materials and processes to choose from, each combination will produce a different end product. Whereas working with website HTML code is far more rigid, if the syntax isn’t in the correct order the webpage doesn’t work.

Around the same time I began to hear of something then called Rapid Prototyping and became excited by the prospect of being able to make the impossible. 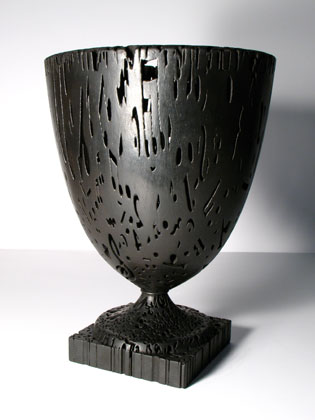 But the challenge was how to bring these two worlds (and the two parts of my brain) together?

Sculpteo: How did you use 3D printing for your creations?

Michael Eden: I think that my first 3D printed piece- The Wedgwoodn’t Tureen demonstrates why I am interested in the technology and how I use it.

The ‘Wedgwoodn’t Tureen’ aimed to thoroughly test the software and hardware of 3D printing and also to tell a story. It was created to fully exploit this new technology. 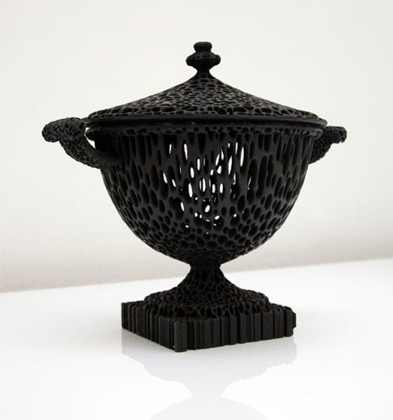 The delicate pierced surface is inspired by bone, referring to the natural objects used by Wedgwood and his contemporaries as the inspiration for many of their designs. My choice also refers to the artificial bone produced by Additive Manufacturing.

The technology removes the constraints of ‘Design for Manufacture’ where the processing of materials has an impact on the final outcome. In other words, there are only certain forms that one can throw on a wheel; gravity, centrifugal force and the material qualities of clay limit the possibilities. The ‘Wedgwoodn’t Tureen’ demonstrates the removal of these constraints and the potential to create previously impossible forms that can creatively communicate new ideas.

Michael Eden: As I have described it. Because of the creative freedom it gives me. 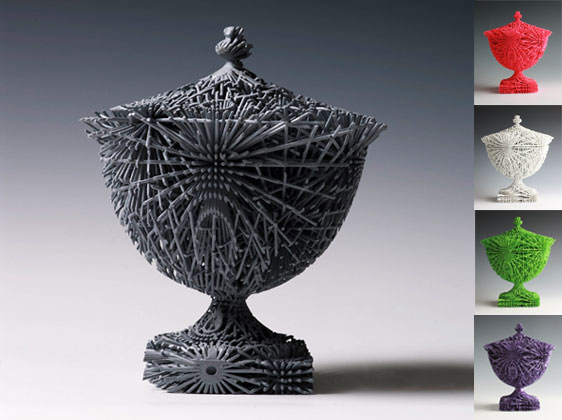 Bloom, 2010, Made by Additive Layer Manufacturing.

Michael Eden: I believe we will be able to print true ceramic pieces very soon and that excites me enormously as I can then combine the 30,000 year history of ceramic with post-industrial manufacturing and thereby create a new ceramic ‘language’. However, I do not believe that it will take over from hand-made ceramics as they are totally different to industrially manufactured ceramics. 3D printing is suited to the bespoke, the customised and the individual.

Sculpteo: What was the most exciting project you did with 3D printing?

Michael Eden: I think it had to be the Wedgwoodn’t Tureen. Having seen it slowly appear on my computer as I created it, it was completely amazing to see the real thing emerge from the printer! But every piece is a surprise. 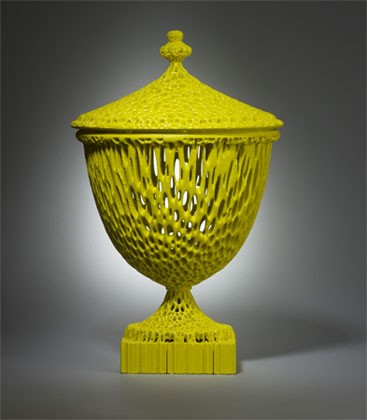 Sculpteo: And to conclude, what are your next projects (and maybe dreams) involving this technology?

Michael Eden: At the moment I have been attempting to silver plate some pieces, with limited success. I am also hoping to create some larger more sculptural pieces. Eventually I would like to wood-fire some glazed 3D printed pieces! 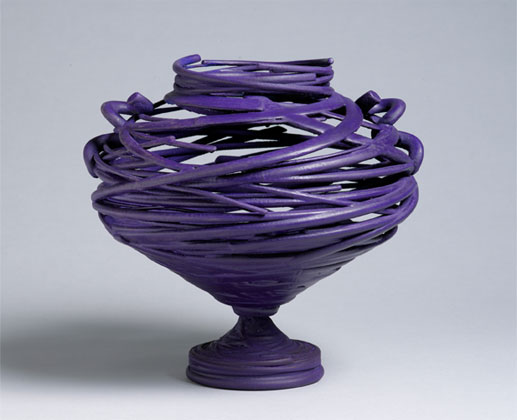 More information on the work of Michael Eden can be found on his website: edenceramics.co.uk