Lots of us have heard about projects that aim to print houses for humans, but what about animals. Lately, we’ve seen lots of projects aiming to 3D print houses for humans, but what about making shelter for animals? And not just any animals, but tiny little 6-legged ones. This has been the project of Aki Inomata. The japanese artist has in deed decided to 3D printed shells for hermit crabs. Since hermit crabs have to move to larger shells as they grow, she’s been designing shells representing different famous city of the world for them to carry like a home. 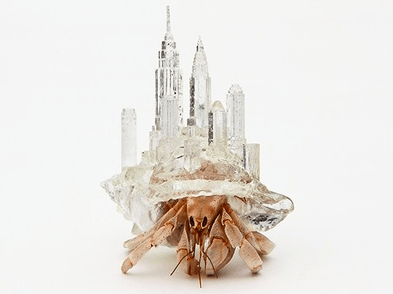 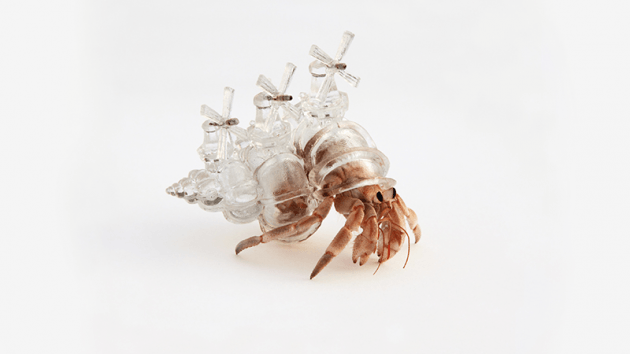 About the project, she says:
“I overheard that the land of the former French Embassy in Japan had been French until October
2009; that it was to become Japanese for the following fifty years, and then be returned to France. This concept made me think of hermit crabs, which change their shells.
The same piece of land is peacefully transferred from one country to the other. These kinds od things take place without our being aware of it. On the other hand, similar events are not unrelated to us as individuals. For example, acquiring nationality, moving and migration.
The hermit crabs wearing the shelters I built for them, which imitate the architecture of various countries, appeared to be crossing various national borders. Though the body of the hermit crab is the same, according to the shell it is wearing, its appearance changes completely. It’s as if they were asking, “Who are you?”
Aki took a CT Scan of an abandoned shell, importing it to her 3D modeling software and adding influences of cityscape architecture and stylish houses.