Dungeon Bash is a roguelike RPG for Android and IOS. Guide a radically different team of three creatures every time you play!

Steven Mathers is taking on Kickstarter to help him fund his new application Dungeon Bash. The app will let you play with different characters like elfs, minotaurs or zombie and the goal is to put you in control of a team of three adventurers, randomly selected from a list of over thirty radically different creatures, each with their own strengths and weaknesses.

You must take this team ever deeper into a randomly generated dungeon, battling hordes of monsters, in order to destroy an evil arch-wizard.  There are over eighty different types of foe — your challenge is to learn how to defeat each type with the particular abilities and equipment that your current team possesses.

Steven Mathers had some figurines of its game printed by us and here is the result. Also if you back his campaign with at least 10$, you’ll get the 3D file of one figurine to let you 3D print it. This is pretty awesome. 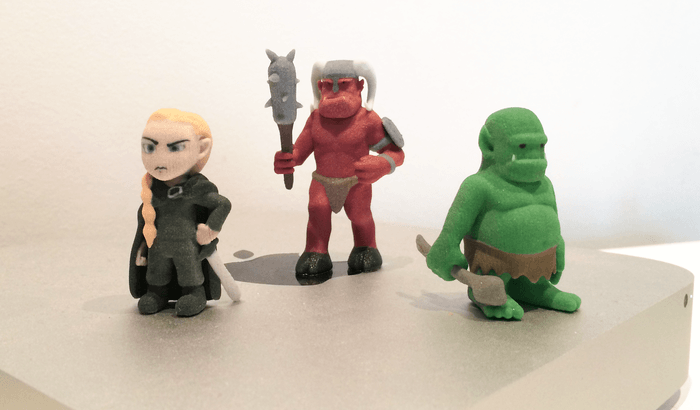 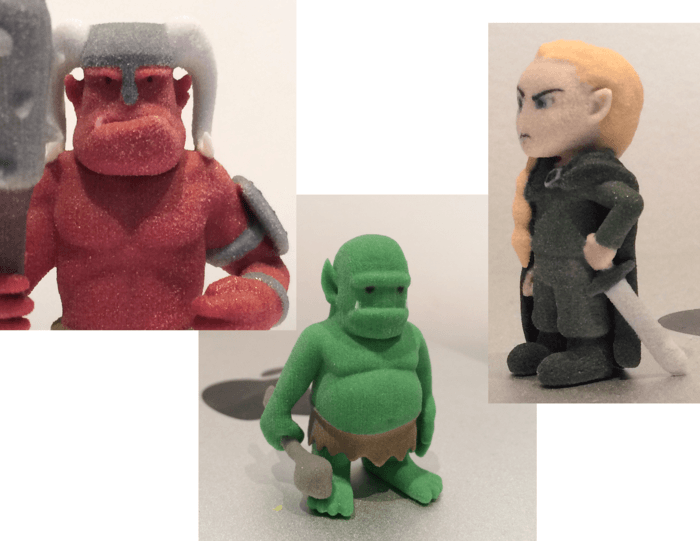 The Dungeon Bash Kickstarter is live now at