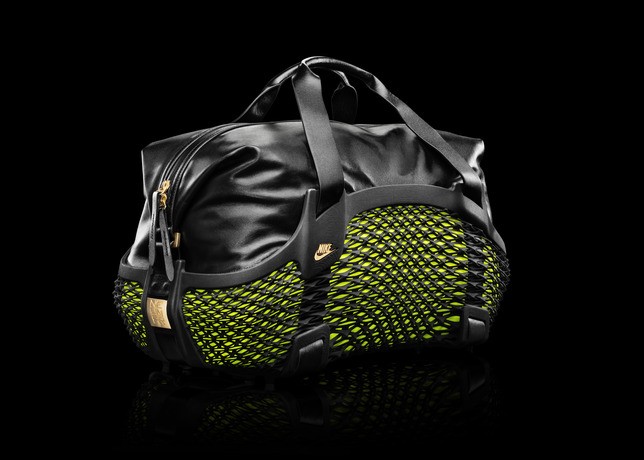 It’s no secret that Nike has been working with 3D printing since a long time. 3D printing has helped the sport giant for the prototyping phase of its product development. But for the 2014 Soccer Worldcup, Nike takes it to the next step and launches a 3D printed world’s premiere: 3D printed sport equipments. The Nike Football Rebento Duffel – a sport bag – and the Mercurial Flyknit Guard – soccer shin guards – were both realized with the use of 3D printing to demonstrate Nike’s capabilities in the future.

The Nike Football Rebento Duffel reflects the meeting between traditional craftsmanship and state-of-the-art innovation. To create this product, Nike’s designers kept in mind their true motivation: bring performance and elegance to the game’s best players. That’s why they worked with both premium leather and 3D printed nylon. Only three bags were produced to be carried by Neymar Jr., Wayne Rooney and Cristiano Ronaldo this summer in Brasil. Each bag features custom gold hardware with the player’s name. 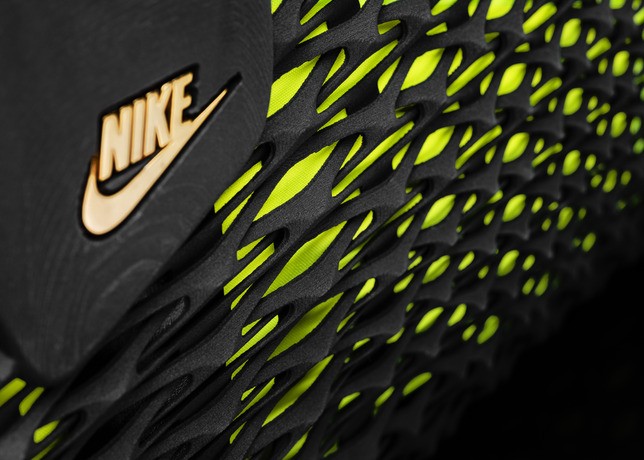 “We wanted to create something that was truly special for the game’s greatest players,” said Martin Lotti, Creative Director for Nike Football. “We did this by utilizing one of the most cutting-edge technologies – 3D printing – to make a bag that is unlike anything else.” 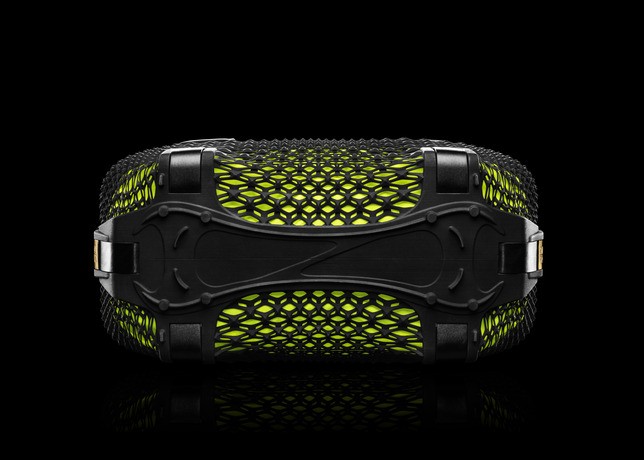 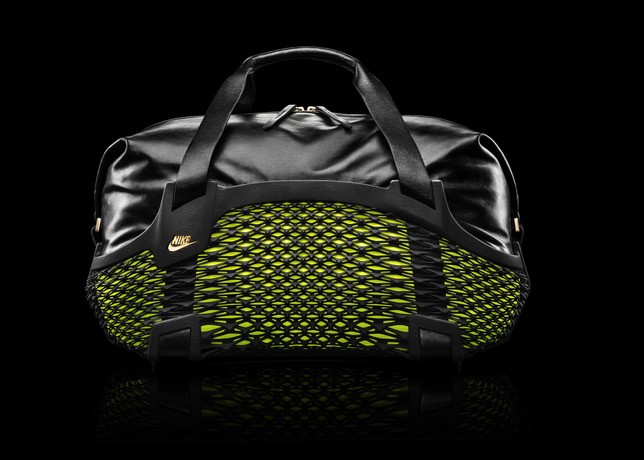 “Players such as Neymar recognize the need for a guard and want that protection, but they tell us they want it without sacrifice,” said Martin Lotti.  “So we sought to give them just that – our best protection without sacrificing, speed, fit or comfort.” 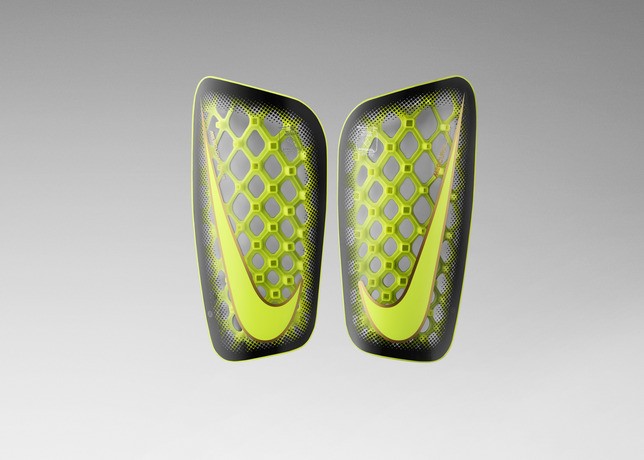 The combination of engineered materials and a new design provides premium protection with a barely-there feel. Engineers from Nike also developed a new system to reduce shock when they happen. The form of the guards tiself allows to disperse the different forces applied during the impact. 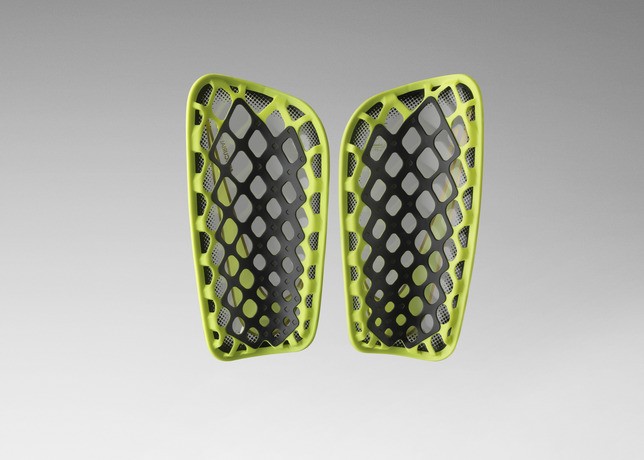 “We found that the more material you took away, the better the guard protected the shin,” added Lotti. “Reducing material also allowed for unprecedented flexibility, creating a fit that was unlike anything players had experienced.”

Since Nike takes this matter very seriously, the Mercurial FlyLite Guard will be available at nike.com starting July 1. For the 3D printed sport bags however, you’d have to wait a few more worldcups until it becomes an affordable reality.