This past week was a big one in the 3D printing world, here’s a quick recap on some of the stories we prefered… 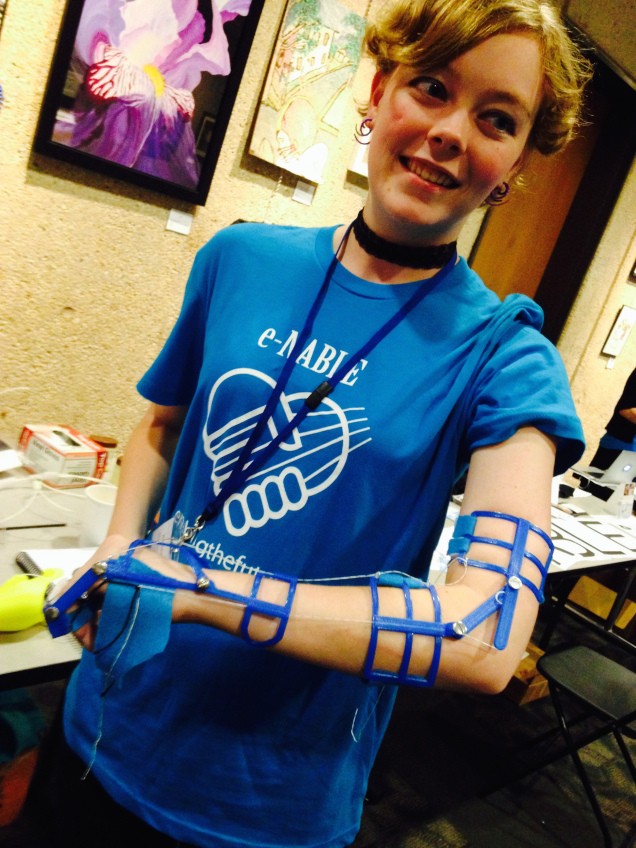 The last months have seen a huge expansion of 3D printed prostheses. Thanks to initiatives like e-Nable or Robohand Project, people from all over the world can now enjoy the use of both of their hands. And the most surprising part in it is that even though these prostheses are less expensive than regular ones, they work more effectively than their injected molded counterparts. This time, Elizabeth Jackson, a student and member of e-Nable, created a special device for the one who had intact but paralyzed hand. The Airy Arm, as she calls it, is an exoskeletal device that allows users to move their paralyzed fingers. 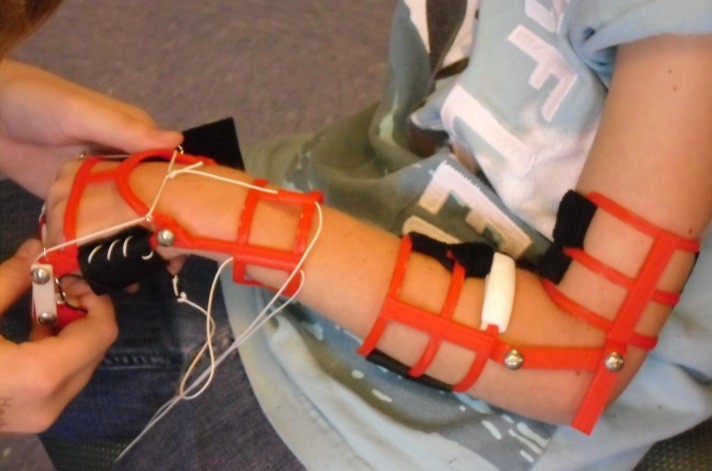 “No electric components are used, and the hand is instead driven by the user’s own controlled movement of the elbow”. This device would be useful in a variety of situations, including partial paralysis, stroke victims, and individuals with arthritis or muscular dystrophy. The young student will be working with Brain Recovery Project pretty soon, in an attempt to create a final design for this device, and get it working for several patients who they work with. This association is aimed at helping children whom half of the brain was removed or disabled. As a consequence, these children become paralyzed on the opposite side of the body that their brain was removed from. That’s why a great project such as Elizabeth Jackson’s would be key to help them regain function of their arms again. Can’t wait to see more about this project!

An experience of 4D Printing through the evolution of Beijing

4D Printing is usually regarded as a 3D printed object which evolves with time, even though the printing part is finished. What better way then to experiment the 4D concept than printing a version of a blooming city such as Beijing, which also has a considerable cultural history? That’s how Fab Lab Venezia came up with their great project, called “Across Chinese Cities – Beijing” which is a 35 meters long architectural model. Displayed during venice’s latest Biennale of Art Exhibit, visitors could observe hundreds of buildings and even more miniature models of people and objects large and small throughout. 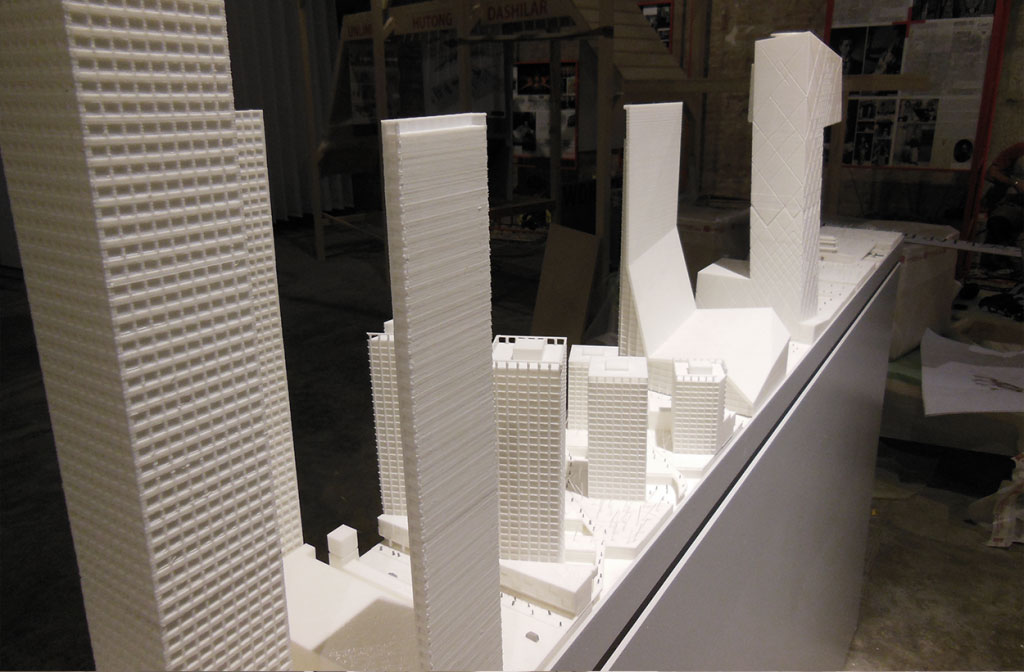 “The model, on a 1:500 scale, shows the north to south axis of Beijing showing the evolution of the city in five big steps for the city’s history: the founding of the Dashilar city-within-the-city in 1488, building of the Xiang Chang District in 1914, Tian’anmen Square inauguration in 1958, the first shopping center in 1992 and Beijing today, in 2014”. 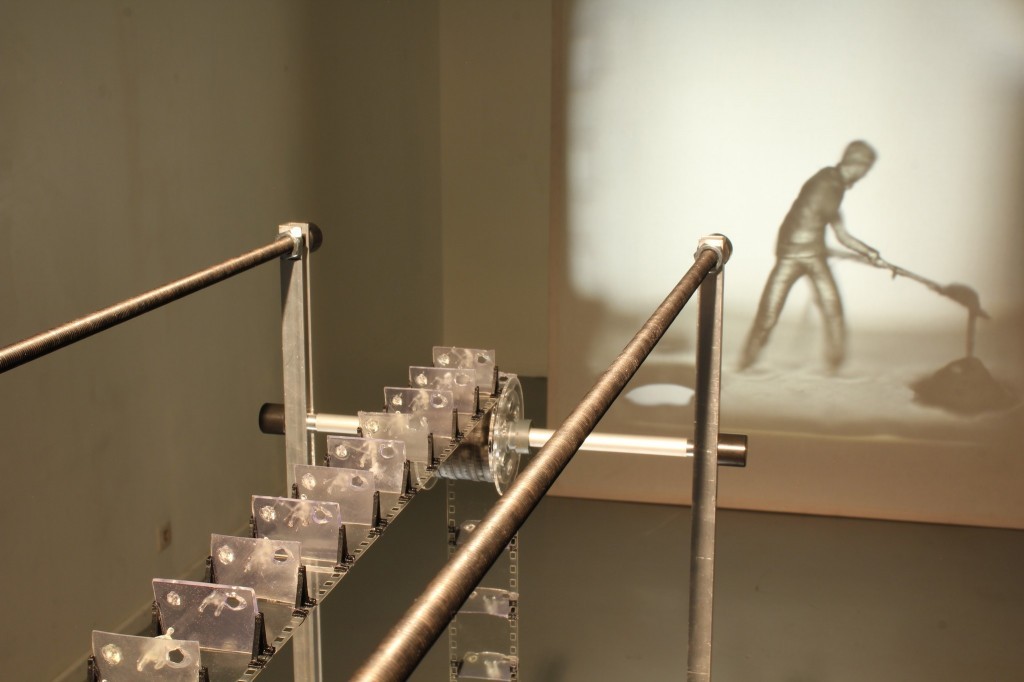 For the new media artist, Julien Maire, it is essential to keep with a certain level of innovation when it comes to movie making. That’s how he decided to replace all of the movie films by 3D printed stereolithographic projections. In order to do that, he created 85 models. The short movie shows a man digging a hole, and each of the films had to display the character in a different position, to create the feeling that it’s moving. The models were produced in a clear liquid resin, which is used alongside an ultra violet light to harden the material one layer at a time, until the desired object has been completely “printed”. Thus, it allows light to pass through the character, just like it would be when showing an old-time movie. 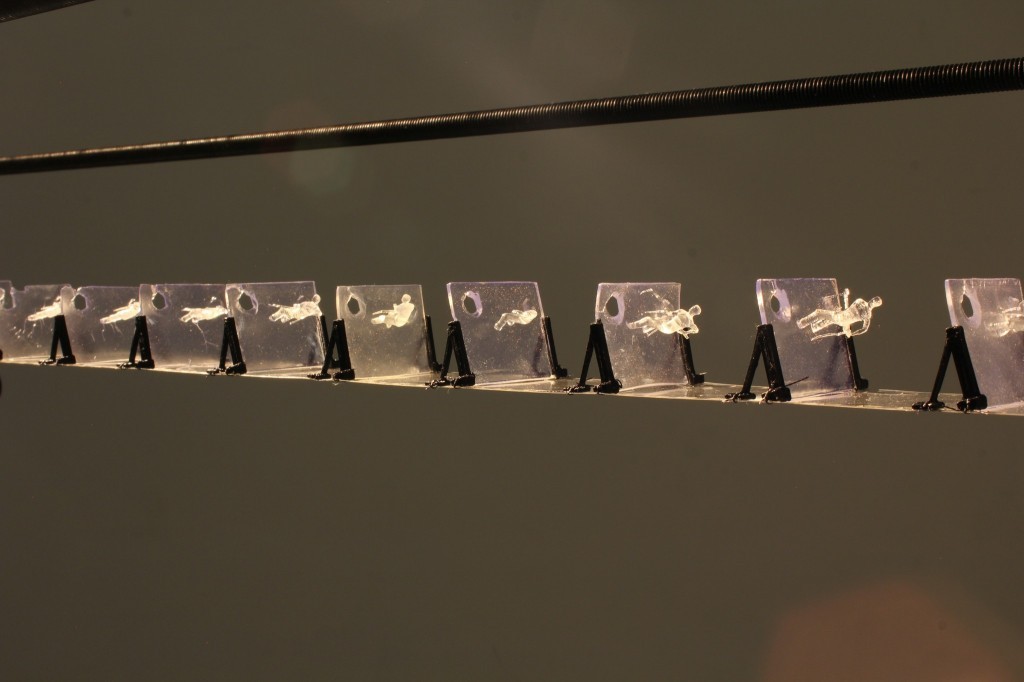 The whole installation is then moved to a pace that makes the human eye believe the tiny figure is actually moving: the animation movie is created. Even though we’re not decided yet if that’s like a step back, or a big step forward, we love it a lot!

It looks like a terrifying gun, its creator may be mistaken for a crazy dangerous scientist. But, don’t pay too much attention to first appearances. This clever device just throws paper airplanes at everyone’s face. That’s the paper airplane machine gun.

Its creator, the Youtube user Papierfliegerei invented a device that folds the paper airplane itself, turns airplanes into gun’s munitions, which come shooting out of the device like swift birds, with each one going in a different direction. So cool it makes Sculpteo’s team want its own now!