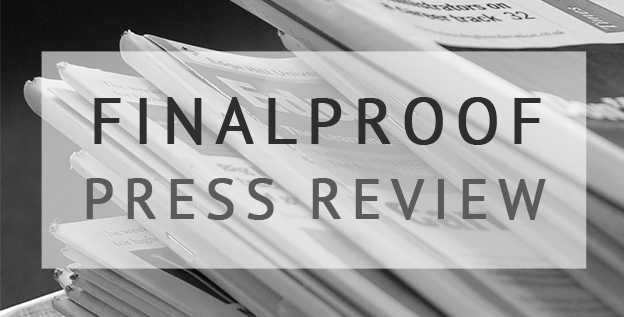 We’ve been extremely excited about the release of our most recent tool FinalProof, but what did you and the press think about it? We’ve brought together some of the articles from around the web to show it’s not just us who are excited about the new tool.

FinalProof is our latest tool which simulates your 3D prints. Up until now, the CAD rendering of a file and the final 3D print had some discrepancies. For example, a smooth, round surface would look perfectly smooth in your 3D viewer but the eventual print would have visible layering (which would be more or less visible depending on the object’s size). FinalProof answers the question of layering and shortens the distance between the screen and your hand.

The press has welcomed the new advance with open arms, here’s a couple of articles (in case you missed them).

TCT Magazine left a great review explaining the new tool, along with a glowing review on their twitter page:

Think @sculpteo’s #3Dprinting simulator is one of the most useful things we saw @intlCES: http://t.co/ztuYyBTAm5

Another interesting summary came through the 3D printing blog 3Ders. They exclaimed:

“By taking the guesswork out of 3D printing, Sculpteo continues to make the DIY movement more accessible, efficient, and rewarding to all.”

In an article by Liam Boogar on Rude Baguette, Boogar makes an exciting prediction on 3D printing after his summary of the FinalProof software:

“2015 will be a big year for 3D Printing – the quality control is there, the expertise has developed, and with the increasing hardware startups around the world, a need for quick(er), more reliable prototyping and small-batch production may just bring about the rise of Enterprise 3D Printing that we’ve all been hearing about.”

We’d like to extend a big thanks to everyone who came by our booth at CES 2015 and that helped to spread the word on FinalProof. Stay tuned for more exciting news from our engineering team!