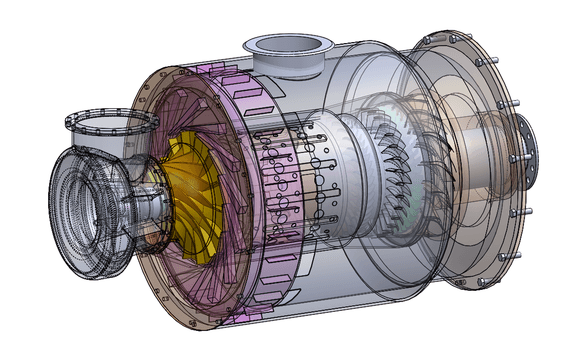 In this article you will learn which professional CAD and Modeling software is used by Fortune 500 companies. Because many of these software options are expensive please keep an eye out for our list of free 3D modeling and CAD software soon to come however today we are shining the light on software for businesses that sell products we use every day.

Solidworks is one of the most popular 3D CAD/3D Modeling softwares; Solidworks is used by  Apple, Boeing, GE, Mattel and many more billion dollar companies

Building a model in SolidWorks usually starts with a 2D sketch which consists of geometry such as points, lines, arcs, splines & etc. Dimensions are added to the sketch to define the size and location of the geometry. Relations are used to define attributes, and the parametric nature of SolidWorks means that the dimensions and relations drive the geometry, not the other way around. The dimensions in the sketch can be controlled independently, or by relationships to other parameters inside or outside of the sketch. SolidWorks also includes additional advanced mating features such as gear and cam follower mates, which allow modeled gear assemblies to accurately reproduce the rotational movement of an actual gear train. Finally, drawings can be created either from parts or assemblies. Views are automatically generated from the solid model, and notes, dimensions and tolerances can then be easily added to the drawing as needed. CATIA is used for Engineering, Design and Manufacturing

CATIA supports multiple stages of product development, including Computer Aided Design (CAD), Engineering (CAE) and Manufacturing (CAM). CATIA facilitates collaborative engineering across disciplines such as mechanical engineering, design, electrical systems & more, it can facilitate the design of electronics, electrical, and distributed systems such as fluid and HVAC systems, in addition to facilitating the production of documentation for manufacturing. It is extremely powerful and is used by Boeing, Apple & Ford.

Mechanical engineers that use CATIA 3D Modeling tools tend to see factors of quality and performance early in the product development phase, which is why companies such as Boeing & etc. would prefer CATIA software. Digital prototyping, combined with digital analysis and simulation, allows product development teams to virtually create and analyze a mechanical product as if it were operating in the real world.

Maya is used by Nike

Maya has been used to create graphics for many cinematic films with Pixar’s Renderman, including the Academy Award winners, Monsters, Inc., The Matrix, Spider-Man, The Girl with the Dragon Tattoo, Avatar (2009), Finding Nemo, Hugo, and Frozen. It is also used to create visual effects for television programs, including Game of Thrones, The Walking Dead,and South Park. Maya is involved in creating the visual effects for video games, including Halo 4.

Maya is an application used to generate 3D assets for use in film, television, game development, architecture, 3D printing and product design. Maya exposes a node graph architecture. Scene elements are node-based, each node having its own attributes and customization. As a result, the visual representation of a scene is based entirely on a network of interconnecting nodes, depending on each other’s information. 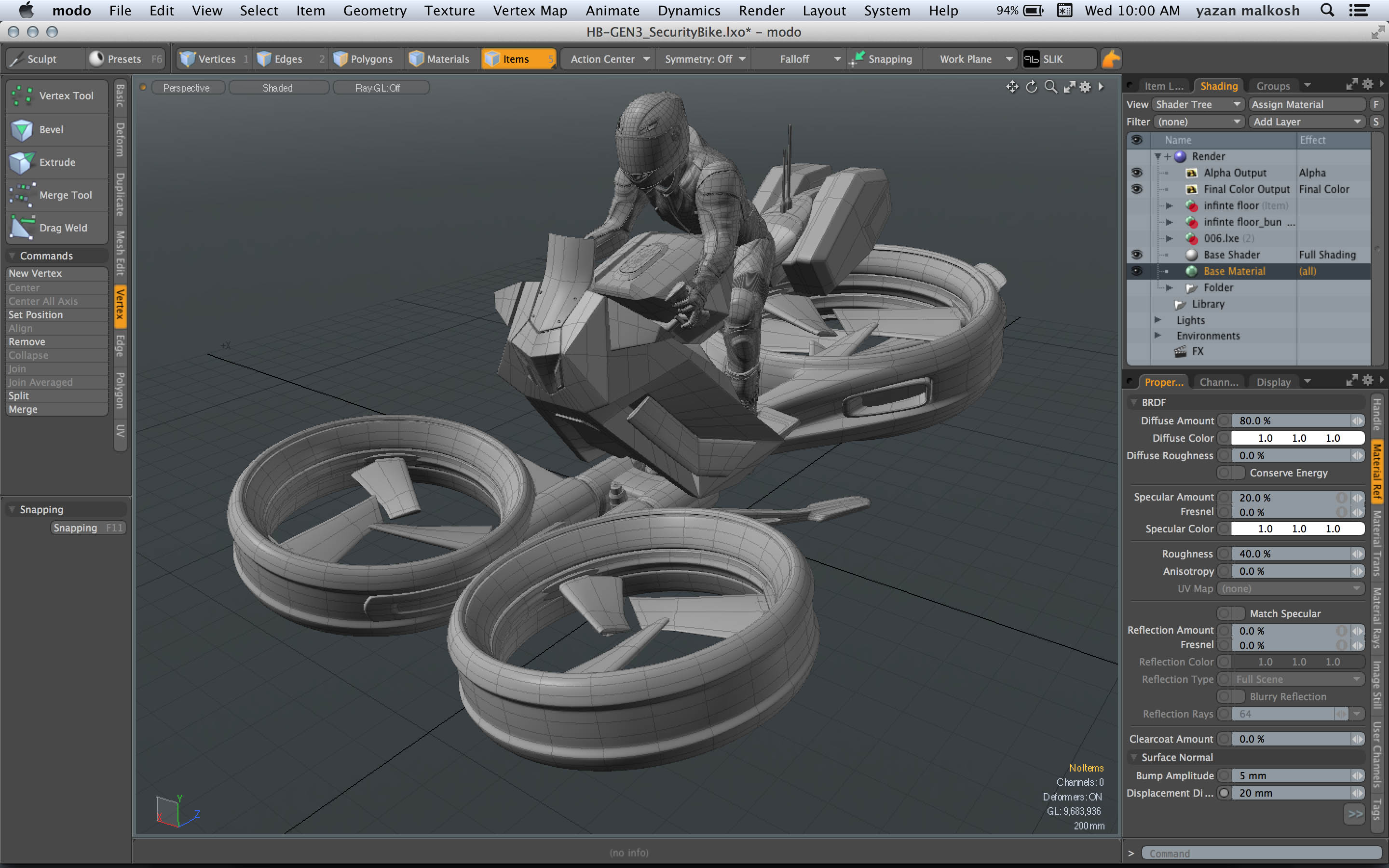 Modo is lesser known but also used by Nike

Modo is a polygon and subdivision surface modeling, sculpting, 3D painting, animation and rendering package developed by The Foundry. The program incorporates features such as n-gons and edge weighting, and runs on Microsoft Windows, Linux and Mac OS X platforms. MODO is a solution for design exploration, game content creation, character animation, and the production of high-quality advertising images. 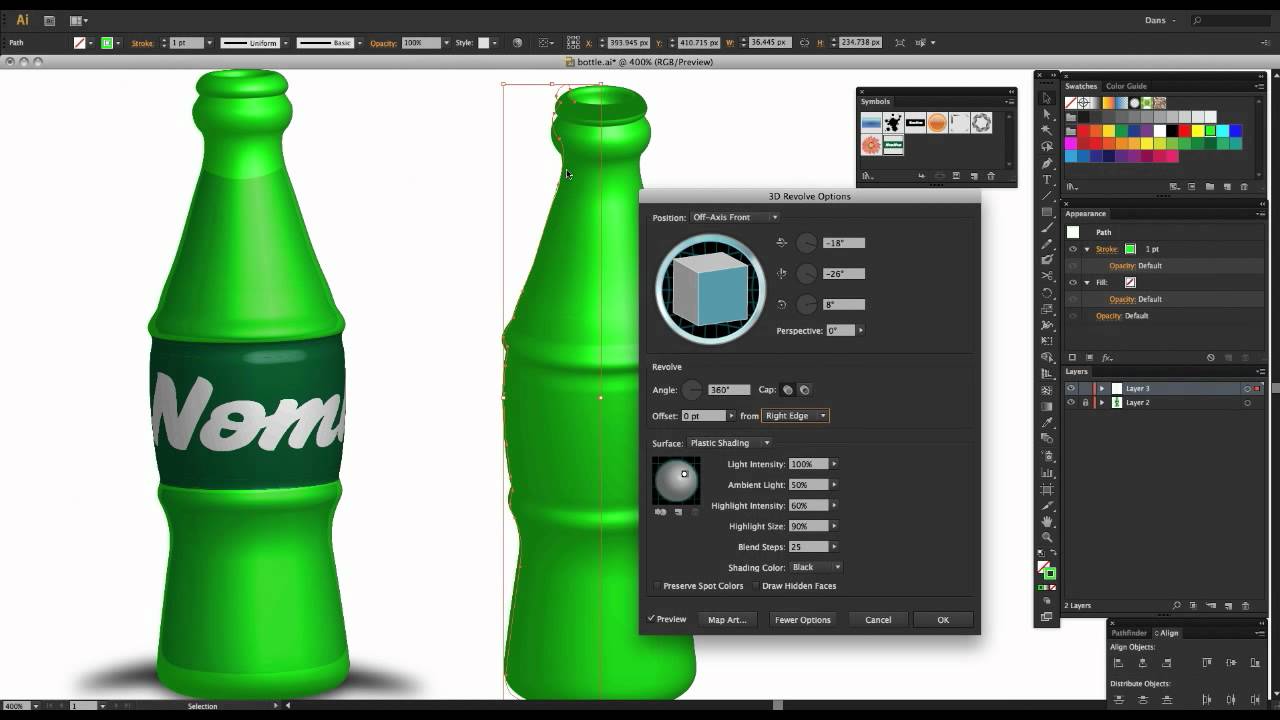 Both Photoshop and Illustrator can edit and compose raster images in multiple layers and supports masks, alpha compositing and several color models including RGB,CMYK, Lab color space (with capital L), spot color and duotone. Photoshop has vast support for graphic file formats but also uses its own PSD and PSB file formats which support all the aforementioned features. In addition to raster graphics, it has limited abilities to edit or render text, vector graphics (especially through clipping path), 3D graphics for 3D printing and video.

Upon loading, a sidebar with a variety of tools with multiple image-editing functions appears to the side of the screen. Some tools contain a small triangle in the bottom right of the toolbox icon. These can be expanded to reveal additional tools.

Solid Edge is a 3D CAD, parametric feature (history based) and synchronous technology solid modeling software. It runs on Microsoft Windows and provides solid modeling, assembly modelling and 2D orthographic view functionality for mechanical designers. Through third party applications it has links to many other Product Lifecycle Management (PLM) technologies. In 2007 Solid Edge was acquired by Siemens. Solid Edge is available in either Classic or Premium. The “Premium” package includes all of the features of “Classic” in addition to mechanical and electrical routing software, and powerful engineering simulation capabilities for CAE (Computer Aided Engineering). Solid Edge is a direct competitor to SolidWorks and Autodesk Inventor.

Pro-Engineer is used by Ford

Pro-Engineer is another rule-based constraint/parametric” 3D CAD modeling system. The parametric modeling approach uses parameters, dimensions, features, and relationships to capture intended product behavior and create a recipe which enables design automation and the optimization of design and product development processes. This design approach is used by companies whose product strategy is family-based or platform-driven, where a prescriptive design strategy is fundamental to the success of the design process by embedding engineering constraints and relationships to quickly optimize the design, or where the resulting geometry may be complex or based upon equations. Pro-Engineer has a set of design, analysis and manufacturing capabilities on one, integral, scalable platform.

Pro-Engineer can be used to create a complete 3D digital model of manufactured goods. The models consist of 2D and 3D solid model data which can also be used downstream in finite element analysis, rapid prototyping, tooling design, and CNC manufacturing. All data are associative and interchangeable between the CAD, CAE and CAM modules without conversion. The associativity functionality in Creo Elements/Pro enables users to make changes in the design at any time during the product development process and automatically update downstream deliverables. This capability enables concurrent engineering – design, analysis and manufacturing engineers working in parallel – and streamlines product development processes.

AUTOCAD is a classic CAD software

AutoCAD is a commercial software application for 2D and 3D computer-aided design (CAD) and drafting. AutoCAD is used across a wide range of industries, by architects, project managers, engineers, graphic designers, and other professionals. 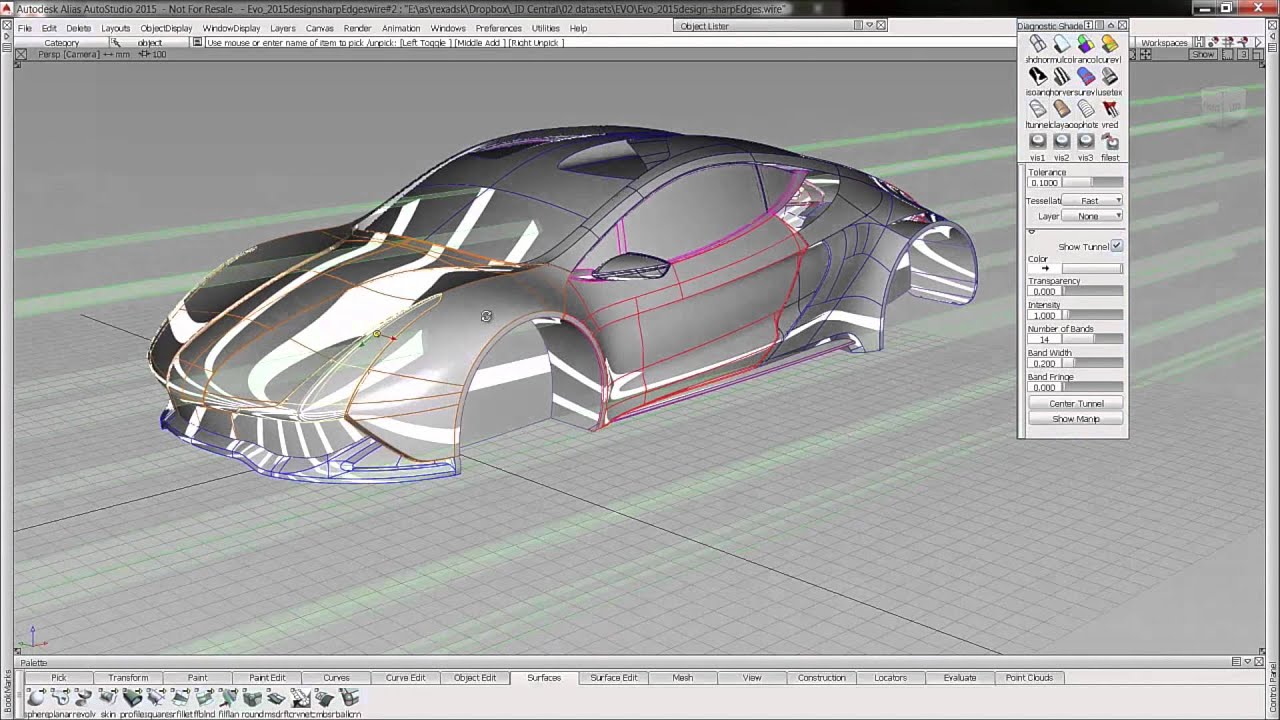 ALIAS is used by both Ford and Mattel

Autodesk Alias is a family of computer-aided industrial design products starting with Alias Design as the entry-level conceptual design system, progressing to Alias Surface, and then to Alias Automotive as the top-of-the-line product with all of the options.

Tools for sketching, modeling and visualization are combined in one software package. It meets the specialized needs of designers: sketching, freedom to experiment with shape and form, creating organic shapes, visualization for design review, and data exchange with CAD packages.

It does not go into mechanical detail to anywhere near the extent that CAD programs such as Catia, Siemens NX, Inventor, Pro/ENGINEER and SolidWorks do, but has a very powerful set of tools for the creation of precisely sculpted curves and surfaces. Autodesk Alias is often used for design and styling in the automotive, marine, aircraft, sporting equipment, electronic enclosure, children’s toy, and fashion accessory markets. Alias .wire data reads directly into Autodesk Inventor, Showcase and 3DsMax and It exports into several other 3D engineering packages via IGES or STEP such as SolidWorks, Pro/ENGINEER, CATIA, and Unigraphics. The program has two types of modelers within it: NURBS and polygons.