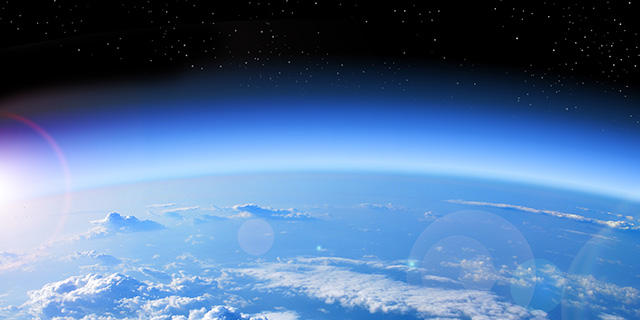 Space travel is long-time dream for humans. As children, we’d love to step foot on the moon…or even ride galaxies on sparkling spacecrafts. As grown-ups, we wait for the latest adventures of our Star Wars and Star Trek heroes to get our space excitements. The breaking news last week was the discovery of gravitational waves’ proof, followed by numerous articles and posts on the web on why this is validating Einstein’s Theory of General Relatively. While this might be a major step toward space travel, there are other reasons why space travel could know some changes. One of them is 3D printing. Here are 5 ways 3D printing could change space travel.

This is the “hot” topic with space travel. Astronauts and spacecrafts on a long journey have better chances to last longer if they don’t rely on self sufficiency for months or even years. That’s why both the NASA and the ESA are looking for autonomous production solutions, in other words 3D printers that allow for the production of many things from spare parts to food and buildings. 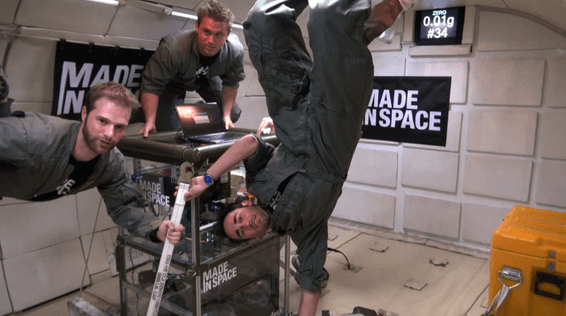 The first developments in this direction were brought by the company Made in Space, co-incubated by both NASA and Singularity University, which is developing a 3D printer that can actually still print in zero gravity and thus be used in space conditions. The company successfully tested its 3D printer and even delivered the first unit to ISS where astronauts successful printed parts. Rather than manufacturing something on earth and then shipping it to the International Space Station, it is now possible to send a 3D file and use a raw material. While you still have to ship this raw material from earth to space, this is also something companies are working on.

3D printing with material from space

It’s great to be able to 3D print on demand and in space, but wouldn’t it be even better if one could 3D print directly by extracting raw material from his environment in space? This demonstration was made real this year at CES, when the companies Planetary Resources and 3D Systems presented a 3D printed part created from a the raw material contained in a meteorite. To create the part, the meteorite material was pulverised and transformed into a powder that can be 3D printing.

The goal of this demonstration was to prove that in a near future 3D printing directly with extraterrestrial material would be possible. Planetary Resources (co-founded in 2012 by Larry Page) aims at being the first company to exploit the resources from asteroids, meteorites and other planets.

In this specific case, the meteorite used came from the Campo Del Cielo. It was mostly made of iron, nickel and cobalt – which are similar materials to refinery grade steel. After being extracted as a powder, the raw material was printed using a ProX DMP 320 3D printer from 3D Systems. The technology of this 3D printer is very similar to DMLS.

You can learn more about on the Dailymail website.

Like for any other sector (this is a question we already covered in our post on production with 3D Printing), 3D printing can lead innovations because it allows engineers to create shapes that were just impossible to create years ago. The constraints that exist when designing for foundry or for manufacturing with a mold are not the same with 3D printing, and this gives engineers the chance to look at problems under a new light. This is particularly true to create parts for spacecraft engines.

Similar to NASA’s now famous video test of engines that includes 3D printed parts, the European Space Agency (ESA) – one of the largest space agencies in the world – has also been doing lots of R&D on engine technology. One of the main point of concern of the agency was to focus on satellite propulsion.

“In a conventional satellite engine, propulsion is generated by combining two propellants together in a controlled manner so that they combust spontaneously and continuously. Key to this mixing arrangement is the geometry of the injection manifold. The ignited propellant is then accelerated in the combustion chamber to power the rocket. An ESA research program was established to investigate how DMP [a technology similar to DMLS] could be leveraged to improve injector design. DMP offers innovative manifolding to optimize the flow from the propellant valve to the combustion chamber,” said ESA propulsion specialist Simon Hyde.

The ESA’s redesigned injector proved that DMP could deliver a space-worthy integrated design with fewer parts (reducing five parts to one), lower cost and reduced tooling. In a second investigation, the ESA wanted to determine if DMP could also be used to produce a lighter weight, yet equally efficient, combustion chamber.

Today, most combustion chambers are built to withstand a number of forces that have nothing to do with operation while in space. In fact, all engine chambers are designed with extremely thick walls so that they can withstand the transient nonoperational forces that occur during a rocket launch. Because of this extra heft, satellite launches are more expensive.

In an effort to reduce cost, Hyde and his team used the 320’s DMP process to build low-density combustion chamber walls from Ti6Al4V that could maintain the strength required for launch while dramatically reducing weight.

Using an intricately patterned mesh that could only be built via additive manufacturing (AM), the ESA was able to slash the overall material density of the chamber to 12 percent of its original weight. Further study will examine how this revolutionary mesh design influences the thermal performance of the new combustion chamber.

A third exploration involved investigating how DMP could also be used for the rocket’s expansion nozzle, a large part conventionally produced by the spin-forming of sheet metal with a diameter approaching 50 cm. The DMP process produced a titanium part that meets the requirements of the conventionally produced equivalent, while maintaining design flexibility not possible with the original.

In the end, by using the DMP 320, Hyde and his team at the ESA were able to cut the cost, weight and assembly complexity of producing their engine components. Although that might not seem like a big deal, it’s a major achievement—particularly when you consider how robust an off-world propulsion system has to be if it’s going to be in service onboard a satellite for decades.

The white paper of this research can be downloaded on 3D Systems website.

Another reason why 3D printing might bring hope and joy to astronauts is that it will allow them to create accurate 3D dimensional maps of their environment. Instead of having to work in 2D or with just virtual 3D representations, it will be possible to actually holds 3D maps of astronomical objects. This technique was used for instance by the ESA and the CNES (French National Space for Space Research) to help find the best landing site for the Rosetta mission. The Rosetta project was born more than 20 years ago, when the European Space Agency (ESA) decided to launch a study of a comet. Eventually they chose 67P/Churyumov–Gerasimenko (67P/C-G). It marked the beginning of the most ambitious study of a comet to date. 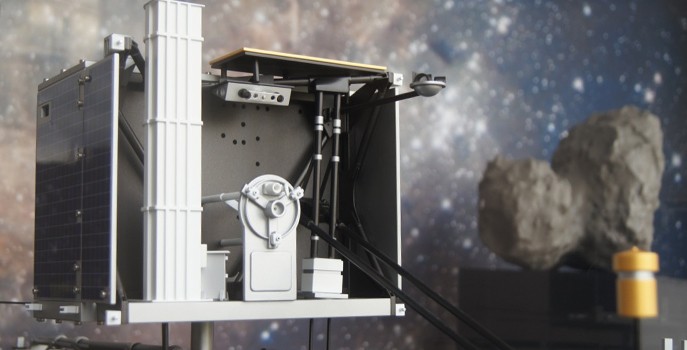 To help select what they thought would be the best landing site, the engineers at the CNES 3D printed a model of Churyumov–Gerasimenko in order to correctly map and visualize how the spacecraft could approach the different sites. 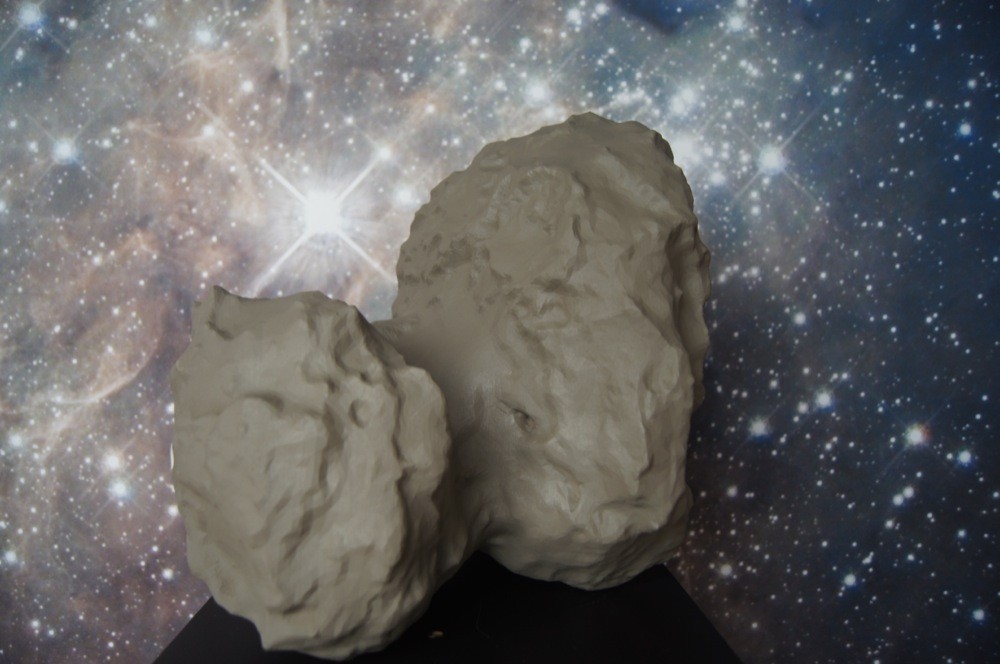 For future trips on the Moon or on Mars, this could easily be replicated to gain precision when landing a spacecraft or to make sure teams are correctly trained to evolve on the ground.

Since decades we are dreaming of houses in space. And why wouldn’t we? We have to admit that waking-up to the sight of the Earth orbiting around our living-room’s windows has a ring to it. The last years or even months have brought a number of projects supposed to give life to this idea and to make it more accessible in a near future.

First on the list, we find the French team from Fabuous and its SFERO project. SFERO is the result of their participation to a contest organized by NASA. It challenged participants to design habitats for life on Mars that were technically and economically doable. French 3D printing company Fabulous has gathered a team of architects, designers, scientists and engineers to develop their conceptual real estate idea, SFERO.

Another attempt in creating 3D printed building in space has been carried by both the ESA and the architecure Studio Foster + Partners.