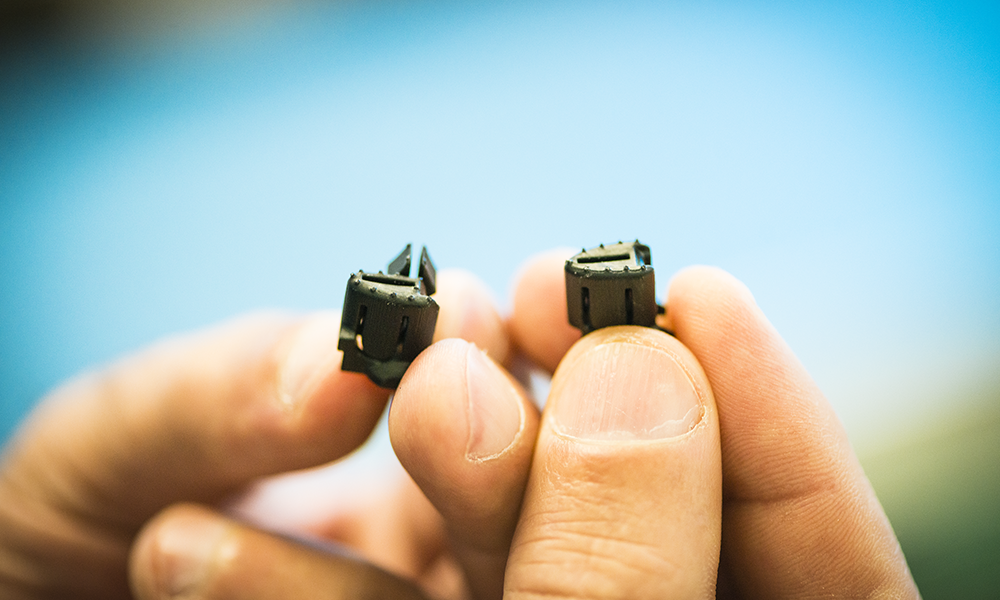 Additive Manufacturing with Carbon and Sculpteo

This news was originally published by Carbon. We’re very proud to be part of this project, helping produce board alignment brackets, delivered in days instead of months for other technologies.

Additive Manufacturing is no longer just for prototyping.

With Carbon, Oracle was able to design and print an extremely precise bracket hardly an inch in size, enabling a 3D-printed production volume solution for their new research server.

While the design was initially intended as a snap-in injection molded part, traditional injection molding techniques would have been ineffective as the techniques could not produce the small parts quickly or support functional design iterations. Carbon was the only solution that provided the Oracle team a method to iterate rapidly on designs while also providing a feasible way to produce thousands of parts as quickly as possible.

In partnership with Sculpteo, Carbon’s production partner, Oracle went into a production run of 10,000 board alignment brackets delivered in days, instead of months from other technologies.

“Oracle is thrilled to have partnered with Carbon. Not only did the part quality stand up much better than other technologies we had previously tried, the part itself was economical and saved us a lot of time in our fabrication process.”
– Craig Stephen, Senior Vice President, Research & Development, Oracle Labs

To learn more about this customer story, you can read Carbon’s article about it.

Interested in Carbon’s projects? Discover our previous article on their collaboration with Adidas,  a good example of mass-production with 3D printing.