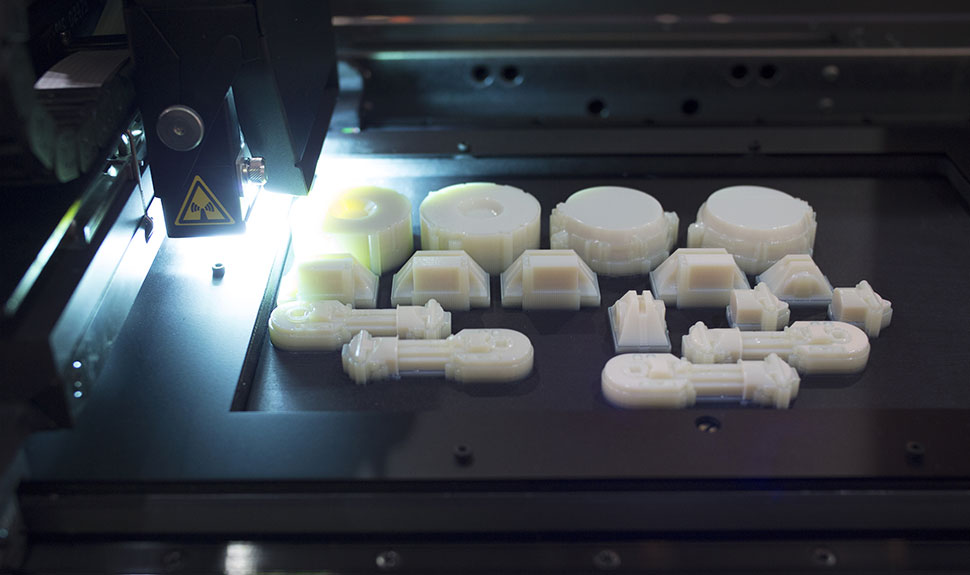 3iD Printing in Zedelgem, Belgium is one of Fabpilot’s first customers. Dave Vanhove, the owner and operator is managing five types of 3D printers, ten different classes of materials, and producing thousands of parts per month. As a production manager and owner, this presented several challenges and concerns. Dave’s manual method of tracking orders was becoming less and less efficient as his production grew. His nesting software was also affecting the efficiency of production runs, Dave was consistently losing space due to software. Although Dave could identify the challenges he faced, he was also concerned with how making a switch to a new software might affect his current operations and lose time to training and set-up.

When we first met Dave, he was having a hard time managing parts and orders. He found that his current process of keeping track of items manually was becoming less efficient and, on occasion, would miss parts. Fabpilot’s backlog and order management features were just what Dave was looking for. Now he is able to “keep track of what has been printed and what hasn’t, as orders grow each week”. Whether you have a large production team or are a team of one, like Dave, order management and the ability to track individual items throughout the production process is crucial. Fabpilot’s order tracking allows you to accurately communicate up-to-the-minute order status with the client and also helps your team stay organized from pre-processing to printing, post-production and even shipping.

“I was losing space in the software provided with my printer”

Another concern for Dave was nesting for his multi-jet fusion and SLS printers. With an increase in orders, it became even more important to efficiently nest items and make the most of each production run. In his quest to find the best nesting option, Dave began with the printer’s own software. “I was losing space in the software provided with my printer, it doesn’t nest like it should.” Other nesting software solutions required you to purchase the entire software package, including design and other features he didn’t need. These were quite expensive, “It can cost 12,000 Euros per year with some of the other software, but with Fabpilot I can have an account for the next ten years”. Fabpilot’s 3D nesting algorithm goes head-to-head with the “top players”, allowing you to get an average of 20% more parts in each build.

“I wanted to put it into production as soon as possible”

While Dave knew he would need a software solution to address these challenges, he was concerned about the difficulty of transitioning to a new software. The time and energy it takes to adapt to a new software or technology can often be a huge barrier for businesses in making a switch. It’s like a bitter pill you have to take or as Dave puts it “biting through a sour apple”. The first experience might take you out of your comfort zone and require extra time to get used to, but, in the long run, it’s worth it to gain the benefits. In making the switch to Fabpilot, Dave was pleasantly surprised and “quite satisfied” with how fast it was to adapt. As a cloud-based software, Fabpilot does not require an extensive set-up process or hardware requirements. Even with its intuitive user interface, Fabpilot offers best-in-class support delivered by Product Owner, Alex Gryson. “I needed support a few times in the first weeks and he was always there”, says Dave. He was quite keen to get Fabpilot in his production process as fast as possible and mentions having some “issues on [his] side in the beginning” but “that [Alex] was always reachable, most of the time this issue was resolved in half an hour”. Fabpilot is built to make the transition as seamless as possible within your ongoing business operations.

“You get a whole lot more than nesting”

We asked Dave what he thought of the overall Fabpilot package; “With Fabpilot, you get a lot more than nesting. You’re buying not only nesting but a whole production system. The pricing compared to other companies, is much better.” But, as a businessman, Dave was quick to point out that he “wouldn’t recommend Fabpilot to anyone else, because I don’t want them to have the same advantage as I do with Fabpilot”

Fabpilot is built for service bureaus and internal labs of all sizes, giving owners and production managers access to industry-leading 3D and workflow management tools at an unbeatable price.

Find out what Fabpilot can do for you and your production lab. Start your FREE 15-day trial!