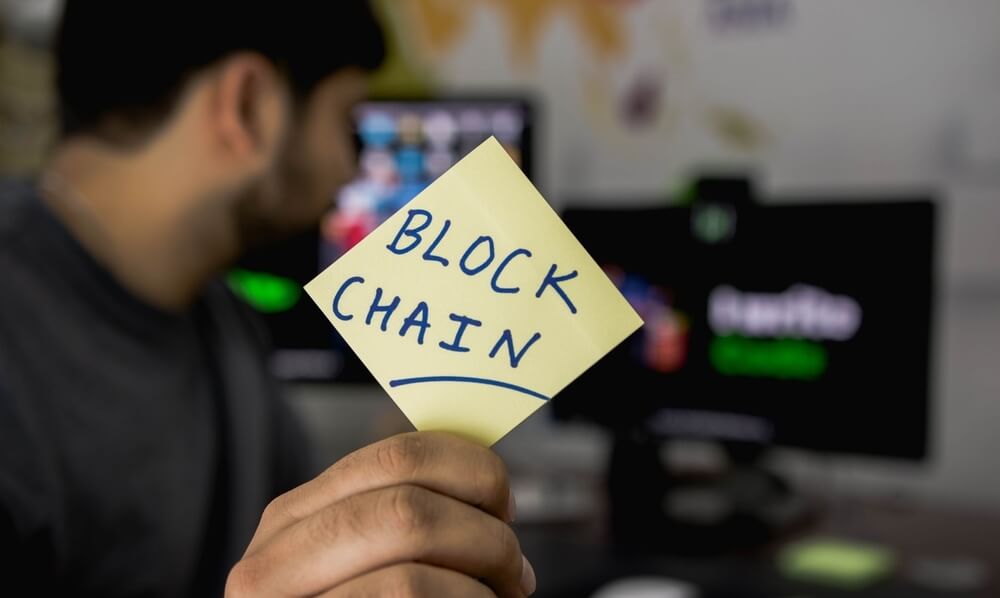 “Blockchain”: this word is on everybody’s lips. The interest in this disruptive technology grew strongly over the past few years, but it still remains quite unclear in many minds. Thus, it’s hard to truly see how it can be used. Some companies are starting to combine blockchain with 3D printing in order to create innovative applications. How can these two innovative technologies work together in order to bring real value to businesses? Here are five reasons why the use of blockchain can be an asset for the additive manufacturing industry.

An introduction to the blockchain

First, before diving into the applications of blockchain in the 3D printing world, let’s recap quickly what this technology is. If we had to sum it up in only one sentence, we could say that blockchain is a new kind of very secured database, due to the fact that it’s a distributed database.

Every time that you want to add some data to a blockchain database, you add blocks to the database. These blocks need to be approved by the rest of the distributed database, which makes them super secured. Thus, data is stored on multiple blocks and can’t be removed or modified. Also, every new block added to the blockchain holds a copy of all the previous blocks. As a result, blockchain databases are transparent (since multiple actors are involved to approve the new blocks), reliable (since it’s stored on multiple blocks), and irreversible (since you can’t modify them).

Since blockchain databases are extremely secured, they are very useful for money transactions. That’s why cryptocurrencies such as Bitcoin emerged. But the blockchain technology is more and more used for other kinds of applications, not involving money.

A growing interest for the blockchain in the 3D printing industry

Such a disruptive technology gained a lot of attention, and the 3D printing industry was not an exception. How could blockchain be useful in the additive manufacturing field? Indeed, there are multiple challenges 3D printing companies need to face. Thus, they’re always looking for new ways to overcome them. For instance, one of the main challenges is the fact that there’s a distributed supply chain in the world of additive manufacturing: there are multiple actors, exchanging high volumes of data, thus there’s a need for adequate tools to deal with it.

Now, we will tell you more about 5 reasons why blockchain can be a true asset when it comes to 3D printing businesses.

Improvements in file tracking with the use of blockchain

During a 3D printing process, multiple persons are involved and work on the same 3D file. Indeed, you can have several CAD designers implied in the 3D design process. Thus, it’s highly probable that you will end up getting confused and not working on the right file. One way to deal with it is to use a 3D printing software in the cloud such as Fabpilot, our own tool. Another way is to use a blockchain database. Indeed, since the data is stored on each computer, you can easily access the right version of the file.

When you run a 3D printing factory, you need quite a lot of computer power to calculate multiple things. It can be in CAD design when optimizing your file for 3D printing, when creating your nesting before launching the additive manufacturing process, or when preparing slicing.

If you don’t use a Cloud software such as Fabpilot (which won’t need a powerful computer to run, since all the tools are in the cloud), using the blockchain can be useful. Indeed, you can distribute calculation on several computers. Thus, it helps in speeding up the whole 3D printing process. Moreover, blockchain calculation is near real-time, which makes work on 3D files faster, and synchronized.

Blockchain as a way to increase trust

In the 3D printing world, you get to work with multiple actors of the market. It can be in choosing the company you want to purchase a company to, or when you want to choose a 3D printing service. If everyone used the same blockchain database, in a global additive manufacturing network, transparency would be improved. Thus, the blockchain could be used as a way to make sure you can trust your business partners.

Using blockchain to connect a distributed network of 3D printers

3D printing businesses tend to own a fleet of 3D printers, which can be located in different places. To make it easier to run all of them simultaneously, it could be interesting to create a network of 3D printers. That’s precisely what the 3D Token project is about. Indeed, the Italian startup Politronica SRL embraces the potential of using blockchain for 3D printing to create a distributed network of 3D printers, worldwide. Why did they decide to launch such a project? Seeing the increasing demand for additive manufacturing, they want to find solutions to produce the requested amount of parts.

Having extremely secured databases thanks to the blockchain

Since an important amount of data is exchanged during the 3D printing process, any business from the additive manufacturing industry needs to build a good data infrastructure, to make sure everything is safe. It’s usually the case for important 3D printing companies such as Sculpteo since we know the safety of files truly matters to our customers.

But in some cases, extra safety is required. For instance, that’s the case in military applications where getting hacked could have terrible consequences. Thus, the US Navy started using the blockchain technology for its 3D printing activities, in order to make the exchange of 3D files even safer. Indeed, data is encrypted, and actions going through the blockchain are irreversible: you can’t modify or delete any action.

What are the next steps for blockchain and 3D printing?

As we can see, the potential applications of blockchain in the 3D printing world are promising. And with the strong growth of the use of additive manufacturing shown in our annual study The State of 3D printing, we know it will keep being on the rise. But how to deal with such a growth? There’s a need to reinvent the whole supply chain for a wider adoption of the technology. Thus, there’s a need for new tools that match the right needs.

These tools can be an easy access to 3D printers with an online 3D printing service such as Sculpteo. They can also be a new 3D printing software, based in the Cloud, such as Fabpilot. But these tools can also be more performant databases such as Blockchain ones. Applications still need to be explored, which will surely be the case in the following years.
Are you interested in the latest 3D printing news? Subscribe to our newsletter and get to know more about this fascinating technology!