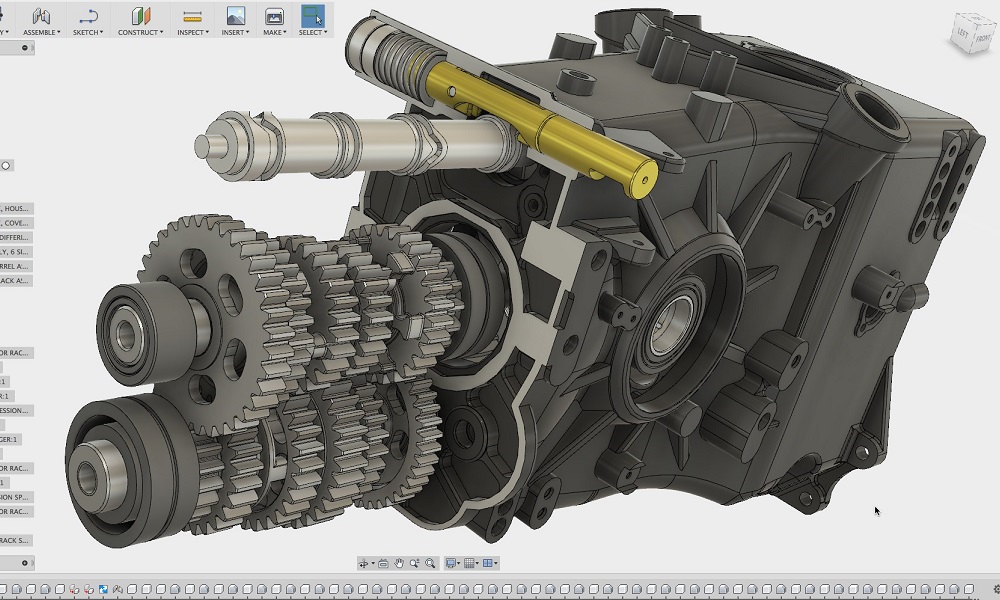 Choosing the right 3D modeling software for your project can be really difficult. Today we are going to help you with this! Do you know Fusion 360 and Solidworks? They are two really complete and powerful 3D modeling programs, which could help you with your daily work, from visualization and simulation, to prototyping and production. These CAD programs are both used for 3D modeling and are considered as leaders on the market.

What are the differences between these 3D CAD software tools? Which one will help you the best with your projects? We made a comparison of these programs. Let the battle of software begin!

Make a good choice while looking for a CAD software

How to choose between CAD modeling software? We know that choosing the right 3D CAD software can be a complex process. What editing tools do you need? Which software is offering a cloud storage? You will have to choose a program that will suit your project and design process.

For example, architects, engineers, and designers don’t have the same needs when it comes to CAD modeling. Solidworks and Fusion 360 are two really good programs, no doubt about it. But product designers and mechanical engineering students won’t need the same features and will use the program differently, that is a fact.

Some CAD tools can be more needed in some sectors, SolidWorks can be the perfect solution for some 3D modeling users, while Fusion 360 will totally match the needs of other users.

Autodesk’s Fusion 360 is available both for Mac and Windows users, and it is really offering the same advanced features for both of these systems. For SolidWorks, it is a little bit different as it has been specifically developed for Windows. You can run this program on Mac but you will have to use a virtual machine on Parallels, which is naturally a little bit less convenient.

Cloud based software is perfect for collaborative projects. Fusion 360 is a cloud based parametric modeling software, which means that all of your data is saved in the cloud and not on your computer. This way, you and your team can access the same project from anywhere. The Cloud is definitely allowing a better collaboration in your team, and cloud storage is really a great advantage for data management. It is actually one of the biggest advantages of Fusion 360.

SolidWorks users, don’t worry, this program is now also offering cloud storage solution. You now have the choice between cloud and desktop solutions.

Fusion 360 has a really complete suite of 3D modeling tools, making it quite easy to create solid models. Moreover, this software developed by Autodesk is really flexible and a bit easier to use, with a great push/pull tool allowing to create great organic geometry and surfaces. Fusion 360 is also offering nice sculpt features to start mesh modeling really easily.

SolidWorks is also offering functional tools, but no sculpt-mode and some process are appearing to be a little time-consuming. For example: creating geometries. Fusion 360 offers a wide range of preset construction geometry, which makes it really simple to create all the basic shapes.

But SolidWorks also has some advantages Fusion 360 doesn’t have. If you are looking for software with advanced simulation and analysis features, you will have to choose SolidWorks. It will allow you to evaluate linear and non-linear responses, composite materials, or dynamics. Fusion 360 also has simulation tools, they are quite basic, but easy-to-use.

Solidworks is more an assembly-driven software, you need to reference multiple files when building an assembly, which will allow creating large assemblies. It is building parts individually in separate files.

With Fusion 360, different components are built and assembled in the same file. It is a more intuitive process, but it can create some issues while working on larger assemblies.

Mechanical designs, consumer product designs, which one is the best?

Fusion 360 is allowing to create smooth geometry, which is more suited to create consumer products, for example. Moreover, as it is an intuitive software, it will not only be oriented for engineers.

SolidWorks is certainly less intuitive to use, but this software will have more advanced features, which make it particularly adapted to technical project such as mechanical engineering designs.

Fusion 360 has a simple and intuitive user interface. It is a bit similar to Sketchup. It is only focusing on what you are doing and allows you to change your working area. While using Autodesk’s Fusion 360, you have the choice between five different presets, regarding your preferences for lighter or darker canvas.

When it comes to SolidWorks, the user interface is a bit more difficult to use but you can take advantage of a full-programmable keyboard.

Regarding the feature tree, it can be difficult to locate some features with Fusion 360, as your monitor needs to be a little wide to see all the tools, otherwise, you will have to scroll to find a feature. In SolidWorks, the feature tree is taking less space, and the features are appearing clearly regarding the geometry selected in the workspace.

Accessibility is always a thing when it comes to CAD modeling software. Indeed, CAD software can be really expensive, but once again, it will depend on your status. For example, Fusion 360 offers a free license for teachers and students. We advise you to go on their respective website to do your own quote!

Solidworks and Fusion both have their advantages, it will depend on your project and on your use of their CAD editing tools. We hope that this first battle of software helped you to make your choice!

There is a lot of different 3D software available on the market, for example, check out our top of the best free CAD software for more information!

Don’t forget to subscribe to our weekly newsletter for more battle of software and information about the 3D printing world.